While a number of the honorees were unable to attend the ceremony, due to travel restrictions imposed by COVID-19, UOW recognised their accomplishments from afar. It was a small, intimate ceremony that complied with all COVID-19 protocols.

Those who were able to attend met at the University Hall at UOW’s Wollongong campus.

Deborah Ely AM, Peter Fitzgerald, and Julie Renwick were all conferred as University Fellows during the ceremony, with new UOW Chancellor Christine McLoughlin recognising their contribution to their communities.

In her opening address, Ms McLoughlin said the awards placed a spotlight on the personal achievements and successes of the University’s Fellows and alumni.

“The recipients of the Fellowship and Alumni Awards embody so much of what is remarkable about UOW,” Ms McLoughlin said.

“I am honoured to be able to confer three new University Fellows, who are exemplary members of their community and have given so much back to the University. Our warmest congratulations to Deborah, Julie and Peter. We are thrilled to have you as part of our fellowship.

“Our alumni are wonderful ambassadors for the University, but also serve as an inspiration for other graduates and current students in Australia and around the world, who wish to follow in their footsteps.

“Our esteemed honorary alumni and graduates are part of a global alumni population of more than 156,000 leaders and innovators from 179 countries.

“We are forever grateful to our alumni as they act as advocates, philanthropic donors, and supporters for the University. It is an honour to maintain these relationships and provide support to them wherever they may go.

“Congratulations to the new University Fellows and to our Alumni Award winners. We are proud of how far you have come and look forward to seeing what you do next.” 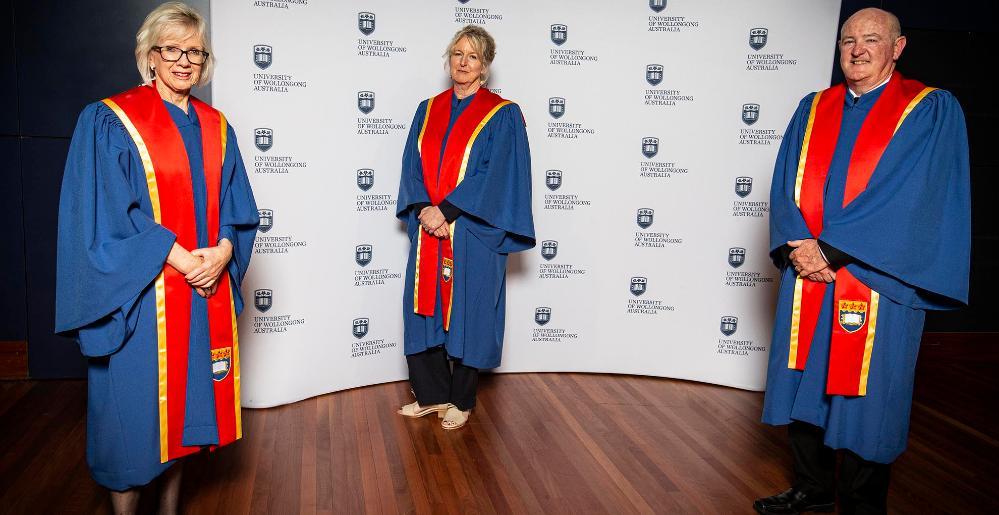 Deborah Ely AM is an outstanding and visionary leader who has worked tirelessly to enrich the artistic fabric of society – both in our region, and on a national and international scale.

Since 2006, Deborah has been Chief Executive Officer of Bundanon Trust, a Shoalhaven cultural icon that supports arts practice and engagement through residency, education, exhibition and performance programs. Her inspiring vision for Bundanon Trust has elevated it as a national site of Indigenous, environmental and art historical significance, and a regional hub for cultural and creative interaction and scientific endeavour.

Working with UOW, Deborah has provided countless opportunities for teaching and research staff, professional staff, students and community members to contribute to the global arts dialogue. In 2011, the University of Wollongong and Bundanon Trust formalised an already long-running partnership that supports creative arts and environmental stewardship while developing the next generation of creative thinkers.

Deborah has been an Honorary Professorial Fellow in the University of Wollongong’s Faculty of the Arts, Social Sciences and Humanities (previously the Faculty of Law, Humanities and the Arts) since 2014, and in 2018 was made a Member of the Order of Australia (AM) for her significant service to the visual arts and art education.

Julie Renwick has been a fundamental driver in UOW College Australia’s success, leading exceptional gains across program development, student outcomes and governance with more than 25 years of distinguished service.

Joining UOW College Australia as a teacher in 1995, Julie was energised by her students’ determination to overcome barriers to achieve academic success. Appointed General Manager in 2013, Julie steered UOW College Australia to bold new heights. She oversaw the development of countless new programs including the Connect to UOW course for students from low socio-economic backgrounds – which enjoyed a 100 per cent completion rate in its first year.

UOW College garnered multiple international awards, and in 2016 Julie herself received the International Education Association of Australia Award for Excellence in Leadership.

Julie has also advocated widely across the tertiary sector, serving on multiple boards and committees including the University of Wollongong Academic Senate. 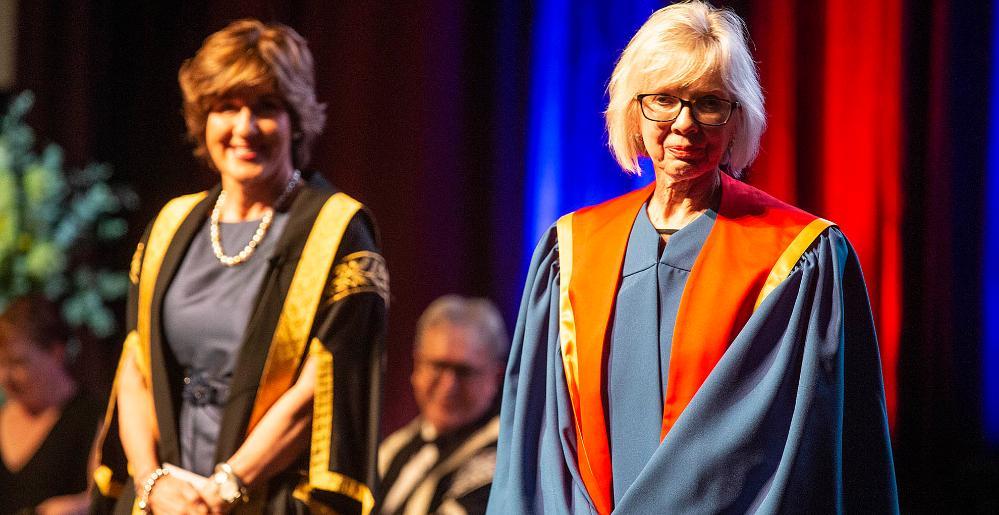 Through an esteemed career and enduring commitment to advancing education and business in the Illawarra, Peter Fitzgerald has helped create a brighter future for our region and its people.

Peter joined KPMG’s Wollongong office – then known as Peat Marwick Mitchell & Co – as an undergraduate accountant, making Partner at just 30 years of age. He was to spend his entire career with the Illawarra’s only international professional services firm, including 21 years as Managing Partner. A lifelong local and a proud UOW alumnus, Peter gave innumerable young UOW graduates their start.

Peter has forged strong links between UOW and local business for the benefit of the University, its students and staff, regional industry and the wider community. Peter has given freely of his guidance and practical expertise to shape a resilient future for the organisation.

Alumni Awards recognise the very best, those leading their industry and those who have set their sights on something bigger than themselves. 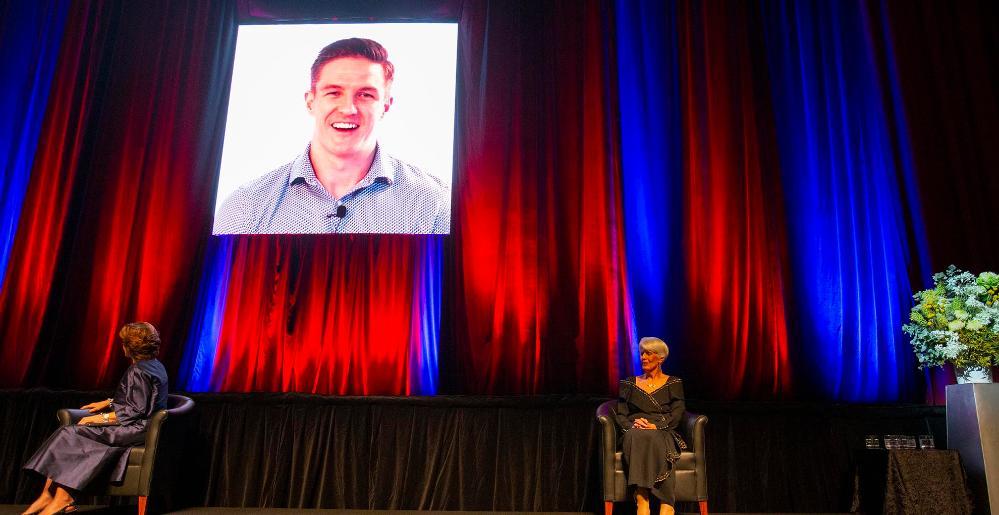 In a long and distinguished career advancing national and criminal intelligence, Carol has worked to enable safer, more empowered communities at home and abroad. She is a passionate champion for social improvement and gender equity, and is co-founder of the Honour a Woman movement targeting equal recognition for women.

Since founding innovative fintech company Brighte in 2016, Katherine has guided it to phenomenal growth and disrupted the rapidly expanding market for sustainable energy improvements. The award-winning business has enabled tens of thousands of Australians to save millions in energy bills and reduce their reliance on fossil fuels. 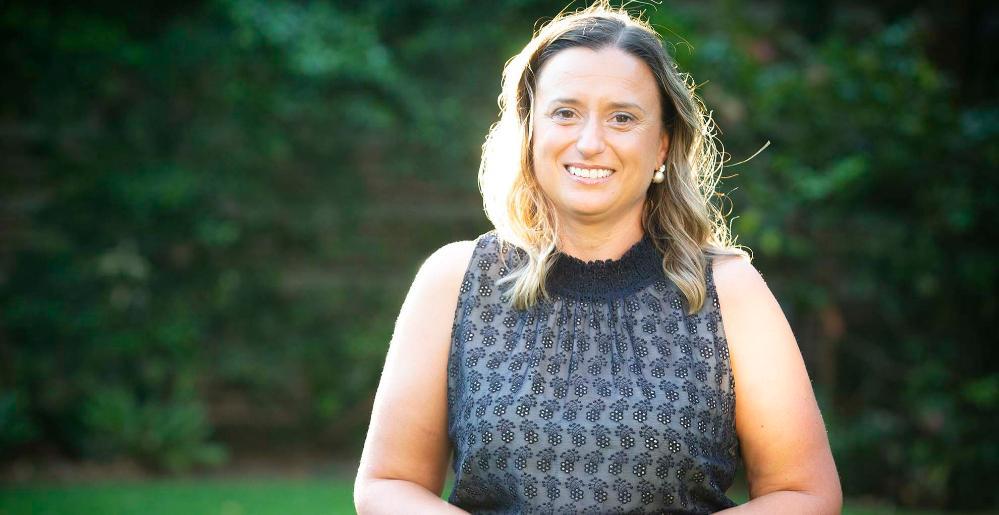 A writer and activist of prodigious creative talent, Van has earned a reputation for fearlessly and shrewdly challenging the socio-political status quo. She has won international acclaim for her works spanning theatre, journalism and non-fiction, and is one of UOW’s most celebrated creative writing graduates.