University of Wollongong (UOW) alumna Elizabeth Espinosa has been appointed Commissioner of the NSW Land and Environment Court.

It is the realisation of a lifelong goal for Ms Espinosa, who graduated from UOW’s School of Law as part of the first cohort of Bachelor of Laws students in 1991, graduating in 1995.

“I found my UOW year book from 1994 the other day. It was a real trip down memory lane. That was the year I was President of the Law Society, and I was asked what my dream was. I said Chief Judge of the High Court, so this is really a long-term dream of mine,” Ms Espinosa said.

A Wollongong native now based in Austinmer, Ms Espinosa took up her new post last week (Monday 1 June). It is a seven-year position in which, alongside eight other Commissioners, she will oversee the workings of the NSW Land and Environment Court.

The Commissioners come from myriad backgrounds, including law, science, and architecture, with the aim of bringing a range of expertise and opinions to the court. 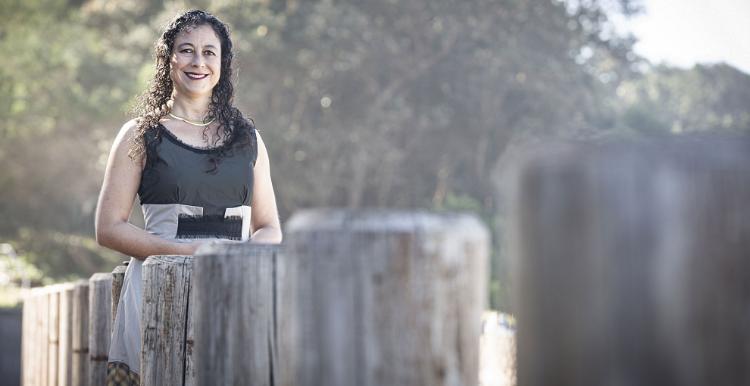 Ms Espinosa will join fellow UOW law alumna Joanne Gray, who is also a Commissioner on the Court after being appointed in 2017. Commissioner Gray, who graduated in 2005, was the youngest Commissioner ever named to the NSW Land and Environment Court.

“I’ve always admired the holistic approach of the court. It is a court of law, it has the same status and jurisdiction as the Supreme Court. It deals with everything that happens on land, which is where we have a lot of the sensitive issues and environmental impacts.”

Ms Espinosa, who has also held positions as President of the NSW Law Society, general counsel at Liverpool City Council, and Director of the Law Council of Australia, said the law was incredibly important to ensure the protection of the environment.

“As I’ve grown and worked in the legal profession, I’ve realised the environment is about more than sustainability, it is a human rights issue. For example, not looking after the environment in poorer countries that rely on rivers for people’s livelihoods, where you have offshore factories expunge their leftovers into river, it can be devastating.

Ms Espinosa, who was the first in her family to practice as a lawyer, is thrilled that her law degree has enabled her to have a positive impact on society through her work.

“Ultimately, I wanted to pursue a career path that would allow me to influence society for the better. I believed then, as I believe now, that you can’t improve the world without being involved and being an agent of influence. My parents taught me this.”