The scaffolding has come down. The builders are slowly finishing up their work. The offices have been cleaned. Now, the groundbreaking Molecular Horizons building will get its new tenant.

The researchers and staff of the University of Wollongong’s Molecular Horizons on Monday (January 13, 2020) received the keys to their new home.

It marks the next chapter in the construction of Molecular Horizons, a world-leading science research facility located right in the Illawarra.

The researchers and staff who will work out of the purpose-built Molecular Horizons building have begun the process of moving in, expected to take place over the next two weeks.

Distinguished Professor Antoine van Oijen, Director of Molecular Horizons, said the team were thrilled to be finally able to take up ownership of the building and continue their research in the state-of-the-art facility.

“We’ve been working on the conceptualisation and design of the building for almost five years now,” Professor van Oijen said.

“The vision that we had five years ago is standing in front of us, so that’s really cool to be able to move in and start the science we want to do.”

Molecular Horizons will house a suite of advanced technology to help researchers in their work to solve the world’s biggest challenges such as developing new forms of antibiotics and curing cancer. 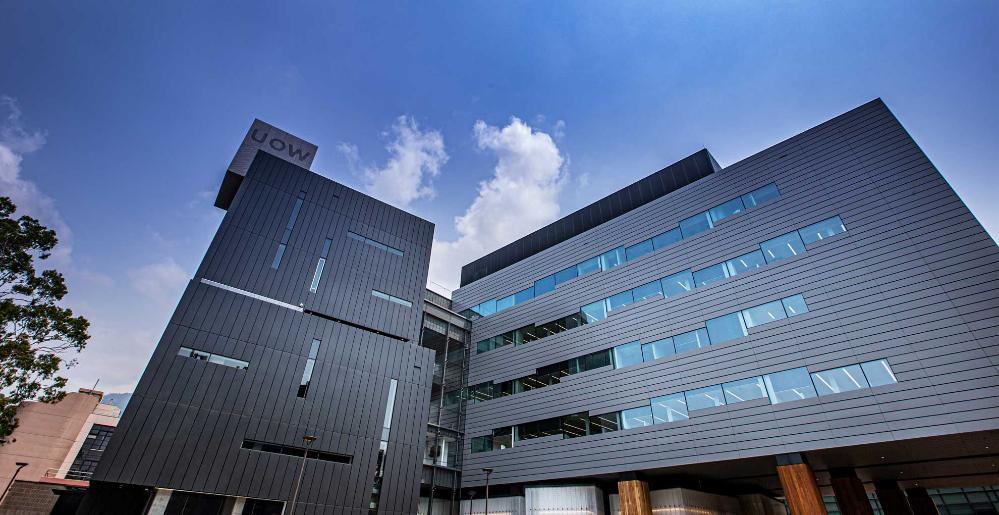 The five-storey building is the first of its kind in the world to use Glass-Fibre Reinforced Polymer (GFRP) in a suspended ferrous-free slab.

This allows Molecular Horizons to house two of the world’s most advanced pieces of scientific equipment; Transmission Electron Microscopes, which are so sensitive they need to be completely isolated from all forms of vibration and magnetism.

The unique structure of Molecular Horizons is the result of an international collaboration of engineering and construction expertise, including architectural firms Jacobs and Denton Corker Marshall, and will pave the way for future projects both in Australia and throughout the world.

Alongside the Molecular Horizons team, the building will also house the Centre for Atmospheric Chemistry, which is working with a range of partners, including NASA and ANSTO. The Centre’s important research includes monitoring the air quality in Wollongong and surrounds and measuring the impact of carbon dioxide on the Earth’s climate.