Scientist honoured for leadership and commitment to equity, diversity and inclusion

The Margaret Sheil Leadership Award aims to recognise an outstanding female leader working in an area of a chemistry-related field including academia, teaching, and the public or private sector, who has helped to inspire and mentor junior female chemists and helped to provide a more equitable work place.

The Award honours the trail-blazing career of Margaret Sheil, now Vice-Chancellor of Queensland University of Technology, who became Australia’s first female professor of chemistry in 2000 while at UOW.

Professor Skropeta, whose research is focused on medicinal chemistry, said she was delighted to be recognised and to receive an award named after one of her role models.

“I am blown away to receive this award named after the inspirational Margaret Sheil, who emanates from Wollongong and was Deputy Vice-Chancellor (Research) at UOW when I first started here in 2006,” she said.

“The past winners of this award are all incredible leaders who I look up to so to be named alongside them is incredible. And I am touched by so many beautiful messages I’ve received from students, colleagues and senior mentors and leaders.”

“Danielle is an outstanding researcher, teacher, and mentor to our up-and-coming academics. I am delighted that her leadership and her commitment to equity, diversity and inclusion has been recognised by this prestigious national award” Professor Martin said.

“Danielle is an exceptional role model and has made positive and impactful change well beyond her own research. She is an inspiration to young researchers, a warm and valued mentor, and an enormous contributor to UOW and to the field of chemistry. I congratulate Danielle on this richly deserved award.”

Professor Skropeta, who is Deputy Director of UOW’s Molecular Horizons, is an advocate for the importance of women in STEM and has been a tremendous mentor for early- and mid-career researchers throughout her own career.

When she began her studies as an undergraduate, Professor Skropeta said the absence of female academics in the fields of science, technology, engineering and mathematics was startling and gender inequality was everywhere.

“When I entered University in 1990 to study a double Bachelor of Science/Bachelor of Engineering degree, there were no female academics in any of the chemistry, maths, physics and engineering subjects I studied throughout my degree,” she said.

“Women were not visible and gender bias was rife in the field, which was yet to attract its STEM acronym. Australia was still without a single female professor in chemistry until a decade later, when Margaret Sheil was made professor in 2000.

“The choice was clear – sit back and despair at the lack of female representation in chemistry or take the path less travelled.” 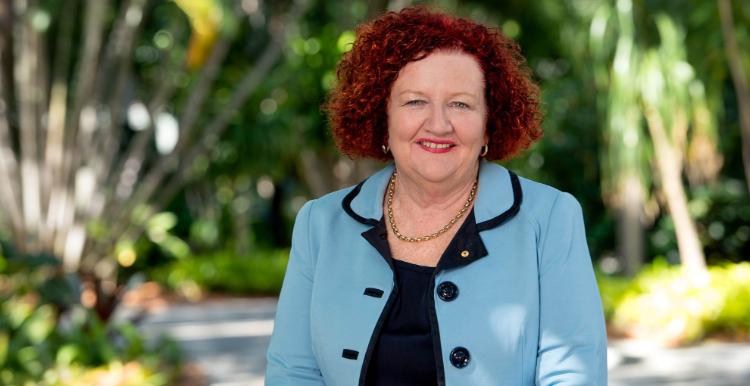 Now, 30 years later, Professor Skropeta is a highly respected researcher and teacher in organic chemistry, but also a leader across the fields of science and medicine. She is not only committed to gender equity, but also equity of representation for Indigenous researchers and knowledge.

During her time at UOW, Professor Skropeta has been working towards improving equity and diversity across the University. Among her achievements in this area are driving gender-balanced speaking programs that encompass all career stages in conferences she chairs along with assisting participants with child-care options, as well as developing a new student exchange program with Groningen University in the Netherlands, to help future students create global connections when travel pathways re-open.

She has been an active contributor on both the VC’s Workplace Diversity Reference Group and as a member of the Athena Swan Self-Assessment Team and speaks at career events for women.

She is a formal mentor in UOW’s Early Career Researcher mentor program, an experience she has loved, but at the same time, Professor Skropeta is passionate about helping students and young researchers to establish their own mentor relationships, by running tutorials on effective mentoring relationships. She encourages students in her courses to reach out to academics to create their own mentor networks.

Professor Skropeta is also involved in Jindaola, UOW’s initiative that embeds Indigenous knowledge into the curriculum. She is a key part of the chemistry team engaged in the program, with the hopes of helping students learn more about and respect Aboriginal culture and knowledge, while also addressing the underrepresentation of Indigenous Australians in the academic field of chemistry.

Her work, Professor Skropeta said, is motivated by a desire to ensure all students, regardless of their background, can see a place for themselves in science and in academia.

“You can’t be what you can’t see. At school I was told ‘too much science is not appropriate for a girl’ but I persisted in pursuing chemistry, maths and physics. I entered university as a first-in-family 17-year-old. I was called a young lad by lecturers and told to smile more if I wanted to lift my grades.

“It was a fairly rough period to be studying STEM; gender-based harassment was rife and went unreported. I think it is important to flip that scenario and create an environment that is welcoming and supportive of people from all walks of life. We still have so much to learn in science and we’ll do that best by respecting everyone’s interest, passion and contributions to science and drawing on all knowledge and skills available including Aboriginal scientific knowledge that spans thousands of years.

“When I think back over my 30 years since first entering University, we’ve come a long way in STEM although there is still much more to do. There is an amazing new generation of people coming through with a very different mindset, who are helping to make that change to a fully inclusive community – we should listen to them and strive to be better tomorrow than what we are today.”

Professor Margaret Sheil congratulated Professor Skropeta on winning the award and said she was thrilled that the award was bestowed on an academic from UOW.

“I am so pleased that Danielle has been honoured with this award given I started my chemistry leadership career at UOW where I had terrific colleagues and mentors,” she said.

The Margaret Sheil Leadership Award was presented on Wednesday (14 October) during an online ceremony, as part of the Royal Australian Chemical Institute’s 2020 National Awards.