Ms Jillian Broadbent recognised for contribution to community, education, and the arts

University of Wollongong Chancellor Ms Jillian Broadbent has been named a Companion to the Order of Australia - an AC - in the 2019 Australia Day Honours List, announced tomorrow (Saturday 26 January).

Ms Broadbent, who has been Chancellor of UOW since 2009, was recognised for her outstanding contribution to the University and her leadership in the business world.

It is the second Australia Day honour for Ms Broadbent, who in 2003 was made an Officer of the Order of Australia.

UOW Vice-Chancellor Professor Paul Wellings CBE said Ms Broadbent had made an extraordinary contribution to the University and the Australia Day honour was well deserved.

“Jillian is an incredible leader of the University and under her tenure, UOW has thrived,” Professor Wellings said.

“Her passion for her work, her contribution to the community, and her pride in the academic and research achievements of both staff and students is an inspiration to us all.

“On behalf of the UOW community, I congratulate her on this exceptional honour and the role she has played in helping to make the University a world-class institution.”

After more than 30 years in the banking sector, Ms Broadbent left her position at Bankers Trust Australia to become a non-executive director. She has held numerous policy and board roles, including on the board of the Reserve Bank, Coca-Cola Amatil, Special Broadcasting Service, Australian Securities Exchange, and Qantas, and is currently on the boards of Woolworths and the Macquarie Group.

In 1987, she was awarded Qantas/Bulletin Businesswomen of the Year, and was a recipient of the Australia Centenary Medal in 2000 in recognition of her contribution to the community.

She has been actively involved in the arts; in addition to being a founding Director of the Australian Brandenburg Orchestra, Ms Broadbent has served on the board of Sydney Theatre Company, was Chairwoman of the National Institute of Dramatic Art, and is currently on the Sydney Dance Company and the National Portrait Gallery boards. 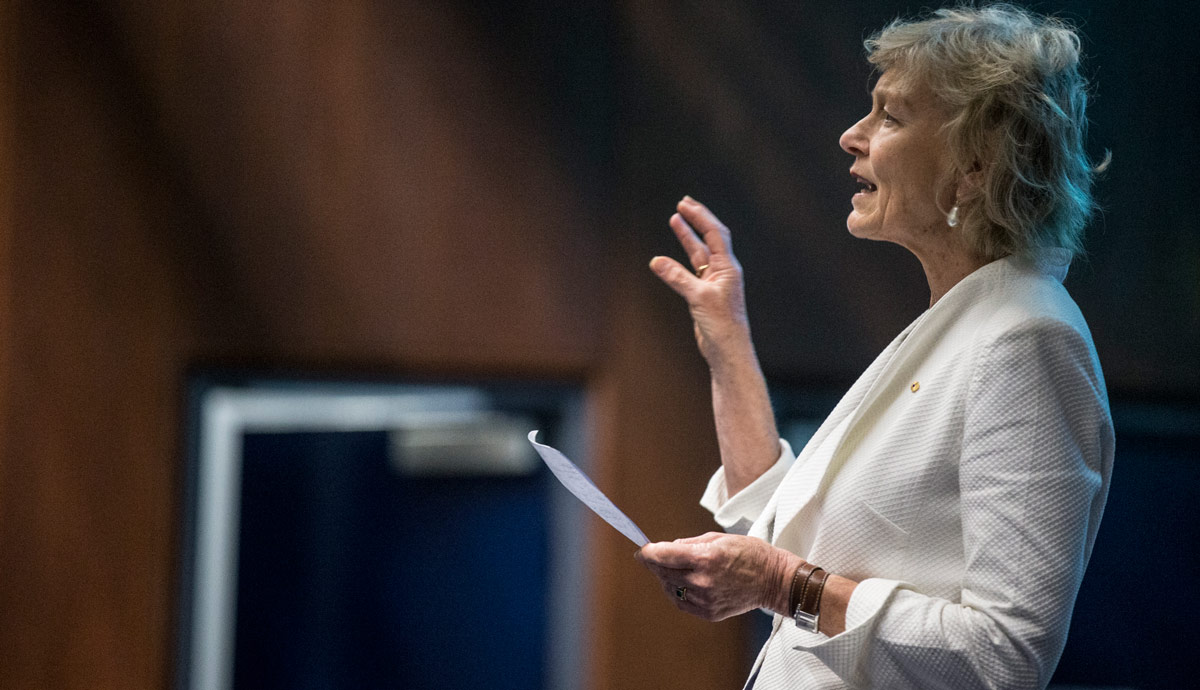 Ms Broadbent at the launch of the Science in Australia Gender Equality pilot launch at UOW in 2015. Photo: Paul Jones

While arts might seem poles apart from the business world, Ms Broadbent is passionate about bringing together people from different fields with the aim of expanding their mindset.

“I’ve always believed in unlocking the power of diversity and inclusion,” she said. “I am passionate about creating a more inclusive society and a less divided country. Exposing business people to the world of arts encourages them to recognise talent in a different form.

“It is very satisfying, to find you can make a contribution and an impact on issues you believe in.”

During her time at the helm of UOW, where she has served as both Chancellor and Chair of the University Council, Ms Broadbent oversaw the expansion of the University’s research impact and its ties to the worlds of arts and business.

She has guided a number of innovative projects that have seen UOW increase its reputation on a national and international stage, including the Sustainable Buildings Research Centre; Early Start Research and Discovery Space; the SMART Infrastructure Facility; iAccelerate; Molecular Horizons; and now the partnership between the University and the Ramsay Centre for Western Civilisation.

Ms Broadbent is incredibly proud of all that UOW has accomplished during her tenure.

“I am constantly surprised and delighted by the achievements of our academics and graduates,” she said. “It’s a matter of staying the course and continuing to build on the great work that is underway. It is a very competitive global market, but we continue to improve in our rankings year after year.

Ms Broadbent points to the University’s success in the Solar Decathlon in China in 2013, which UOW won, and in Dubai in 2018, where UOW placed second, as highlights of her term.

“I am also proud that UOW is the first recipient of the Ramsay Centre's funds to develop the degree in Western Civilisation. Our concept is gaining global endorsements, and it reflects UOW’s adaptability and constructive approach. We are looking forward to having our first students in 2020.

“Early Start is another area where UOW is really ahead of the game and making an impact on a global stage.” 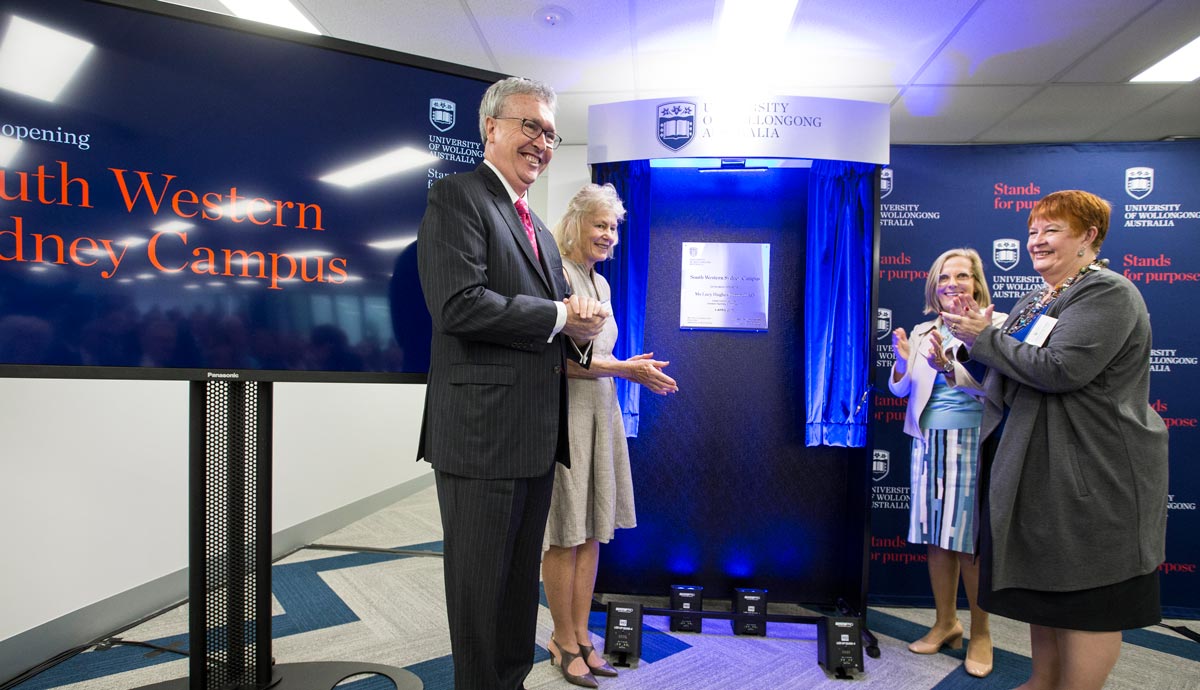 Ms Broadbent at the launch of the South Western Sydney Campus in Liverpool, in 2017. Photo: Paul Jones

One of her proudest achievements has been her involvement with the Clean Energy Finance Corporation (CEFC), a $10 billion fund set up by the Australian Government in 2012 to invest in clean energy and energy efficiency. She was the inaugural Chair of the CEFC, and played a key role in achieving its financial and policy outcome success.

“Clean energy is a global dynamic that Australia has to be a part of. We are a new country, we pick up and adapt new technologies well, but for some reason we can't come together on this,” she said. “We need to take advantage of the opportunities in this area.”

For Ms Broadbent, giving back to the community has been ingrained in her from an early age, although she demurs when asked to name her achievements.

“My dad instilled in me that I need to make a contribution. He said ‘You’ve been given an education, knowledge and skills, you need to give back rather than just use those for yourself’,” she reflected.

“I’ve always stayed very active and engaged and used the skills I’ve developed. I’ve been fortunate to work with some very smart people and teams.

“I’ve never had very specific goals, but I’ve had an open mind to people and opportunities.

“I think everyone should make a contribution to their community, but sometimes you have to look to find those opportunities.”