A significant painting by Lloyd Rees which captures the beauty of the Illawarra was unveiled yesterday (Thursday 14 February) at the University of Wollongong (UOW).

The painting, Illawarra Pastoral, dates from 1957 and is the latest acquisition for the University of Wollongong Art Collection.

Rees, who died in 1988 at the age of 93, was one of Australia’s most significant 20th century artists. His signature landscape paintings drew inspiration from his travels throughout Europe and Australia and he often worked en plein air.

This major acquisition for the UOW Art Collection will benefit art lovers throughout the region, as many of Rees’s best works are held in private collections and away from public view.

Previously held in a corporate collection, Illawarra Pastoral will now be on display at the UOW Library for all to enjoy.

Although Rees was born in Brisbane, he spent his adult life in Sydney and had a strong connection to the South Coast, where he holidayed with his family for many years. In 1947, Rees built a holiday home at Werri Beach, in Gerringong, and many of his works were inspired by the coastal setting, sweeping headlands, and surrounding countryside.

The oil painting Illawarra Pastoral was exhibited at Sydney’s Royal Easter Show in 1958 where it won a prize of £150. Its size and style helped to cement Rees’s reputation as one of Australia’s best landscape painters.

Senior Professor Amanda Lawson, Director of the UOW Art Collection, said the University was delighted to acquire an artwork with such deep ties to the region.

“Lloyd Rees is renowned for capturing the beauty of our natural environment and his connection to the Illawarra and South Coast is well-known,” Professor Lawson said.

“Illawarra Pastoral takes its place alongside a handful of major paintings by Rees inspired by the region held in public collections, such as the Art Gallery of NSW’s The Road to Berry (1947). It’s very exciting to be able to bring this work permanently to the Illawarra, for people of all ages and from all backgrounds to enjoy.

“Illawarra Pastoral is a spectacular piece that has deep significance for the region. UOW is helping the Illawarra to own a piece of its history. We are proud and delighted that it has found a new home at the University of Wollongong.”

The UOW Art Collection comprises more than 5000 paintings, textiles, sculptures, and prints, from some of Australia’s most celebrated artists, including Rees, Bert Flugelman, James Gleeson, Emily Kngwarreye, and Arthur Boyd.

Pieces from the collection, which has grown exponentially since it was established more than five decades ago, are on display throughout the University, enabling students and staff the opportunity to enjoy and appreciate the artworks. 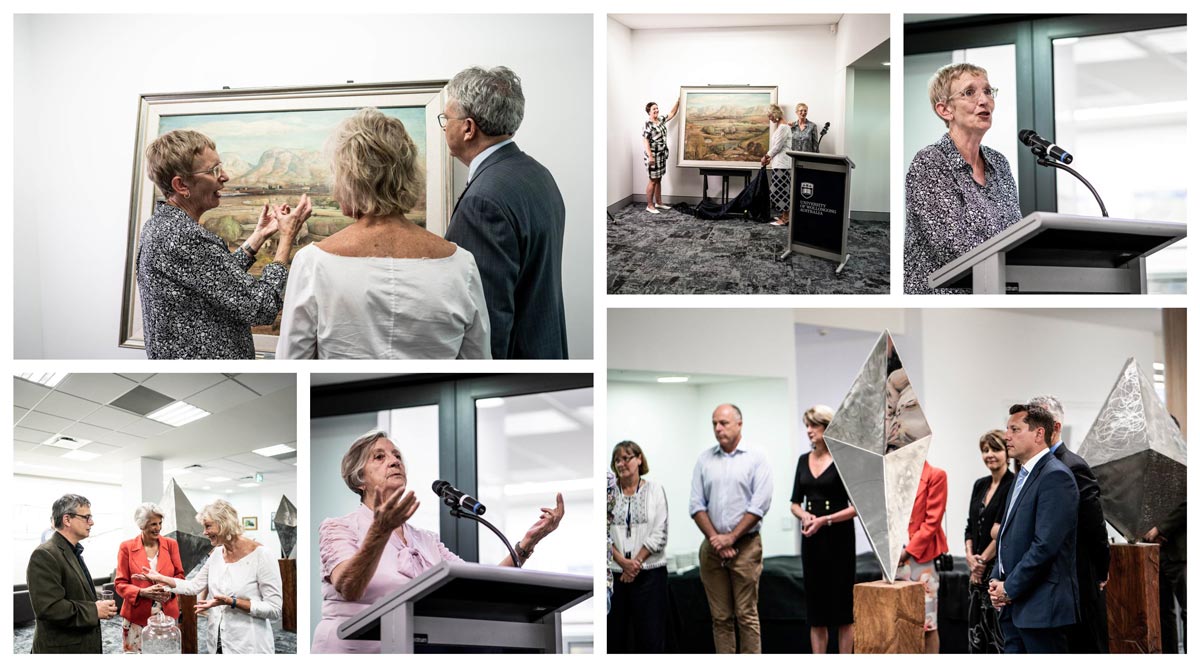