New dating of a site in Indonesia has established the true age of Homo erectus fossils discovered there in 1931-33, showing them to be the last known occurrence world-wide of the species, an ancestor of modern humans.

The fossils, 12 Homo erectus skull caps and two lower leg bones, were found at Ngandong on the Solo River in Central Java by Dutch geologists Oppenoorth and ter Haar, excavated in a terrace of the ancient river, now 20 metres above the present-day river.

While archaeologists have long considered Ngandong to be a significant site for understanding human evolution, the lack of a firm date for the age of the site has been a source of frustration for scientists.

The research, published in Nature, dates the fossils as being between 117-108,000 years old.

Previous attempts to date the site returned very young ages (53-27,0000 years) and much older ages (143-500,000 years). These earlier studies had issues with the true provenance of the material, a lack of association between the fossils and material being dated, and the leaching of uranium from the fossils being dated, all creating uncertainties.

The international team that conducted the research was led by Indonesia’s Institute of Technology, Australia’s Macquarie University, and University of Iowa, USA – and included researchers from the University of Wollongong (UOW).

The findings have wide implications for the story of human evolution and help to establish the time in which Homo erectus occupied Central Java, who they interacted with, and – potentially – why they went extinct.

“After many unconvincing attempts to date the site over the years we knew we needed to try a different approach,” said Macquarie’s Associate Professor Kira Westaway, the joint lead author of the study.

“Previous studies fixated on the evidence itself, so instead we viewed the fossils as a piece of a much larger puzzle, and tried to understand how they fitted into the wider valley and region.”

The research team applied a regional approach to dating the site and interpreted the evidence within the wider landscape of Central Java. The site is in a river deposit that represents a rung on a ladder of floodplain steps called terraces. The study took into account how the Solo River system was created, how the terraces were formed, and how the fossils were deposited.

As well as using several different methods to date the site at Ngandong, the researchers carried out excavations at other sites nearby.

The new study was initiated in 2004 by the late Mike Morwood, Professor of Archaeology at the University of Wollongong. Professor Morwood, best known for discovering the hominin species Homo floresiensis (also known as “hobbits”) at Liang Bua on the Indonesian island of Flores, took the opportunity to re-investigate the Ngandong site during a period when he was unable to work at Liang Bua.

“We were hoping to find more hominin fossils, of course. We didn't, but we found stone artefacts, which they don't have at Ngandong,” Dr van den Bergh said.

The Sembungan excavations provide useful regional context for the Ngandong fossils, and are one of the few sites associated with Homo erectus where stone tools have been found. Eighty-nine stone artefacts were recovered from Sembungan and were dated to around the same time period as the Ngandong fossils. 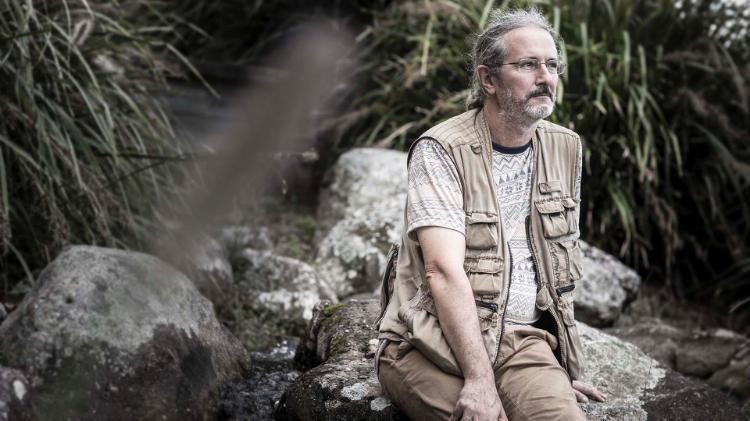 The study also encompassed another site, at Menden on the Solo River to the north of Ngandong, where an elephant skeleton was recovered and dated as slightly older than the Homo erectus fossils.

The excavations at Sembungan and Menden were carried out in collaboration with the Indonesian Geological Survey Centre and the Geology Museum, both in Bandung.

The new age range for Ngandong enables the site to be placed into a framework for human evolution in Southeast Asia. Ngandong Homo erectus existed at around the same time as Homo floresiensis in Indonesia and the newly discovered Homo luzonensis in the Philippines, both of which have some Homo erectus-like features. At this age, Homo erectus could potentially have met other human species such as the enigmatic Denisovans, first discovered in Siberia.

“This is the most rigorous dating attempt thus far for the last occurrence of Homo erectus,” Dr van den Bergh said.

The research was funded by the Australian Research Council, Wenner-Gren Foundation for Anthropological Research, University of Iowa, Geological Survey Institute, and the Villum Foundation.

Pictured above: The excavation site st Sembungan in Java, Indonesia.