As sea levels rise, coastal wetlands could play a key role in mitigating the effects of greenhouse gas emissions by capturing and storing large volumes of atmospheric carbon dioxide (CO2), research published in the prestigious science journal Nature has found.

Coastal wetlands (mangrove and saltmarsh) capture and store more CO2 per unit area than any other natural system. This is due to the high rate at which they generate biomass, and the saline, oxygen-depleted soils in which they grow, which are ideal for the burial and long-term storage of organic carbon.

The new research shows that these wetlands, termed “blue carbon” ecosystems because of their connection to the sea, become even more effective at sequestering CO2 as sea levels rise.

“Our paper shows that carbon storage by coastal wetlands is explicitly linked to sea-level rise,” she said. 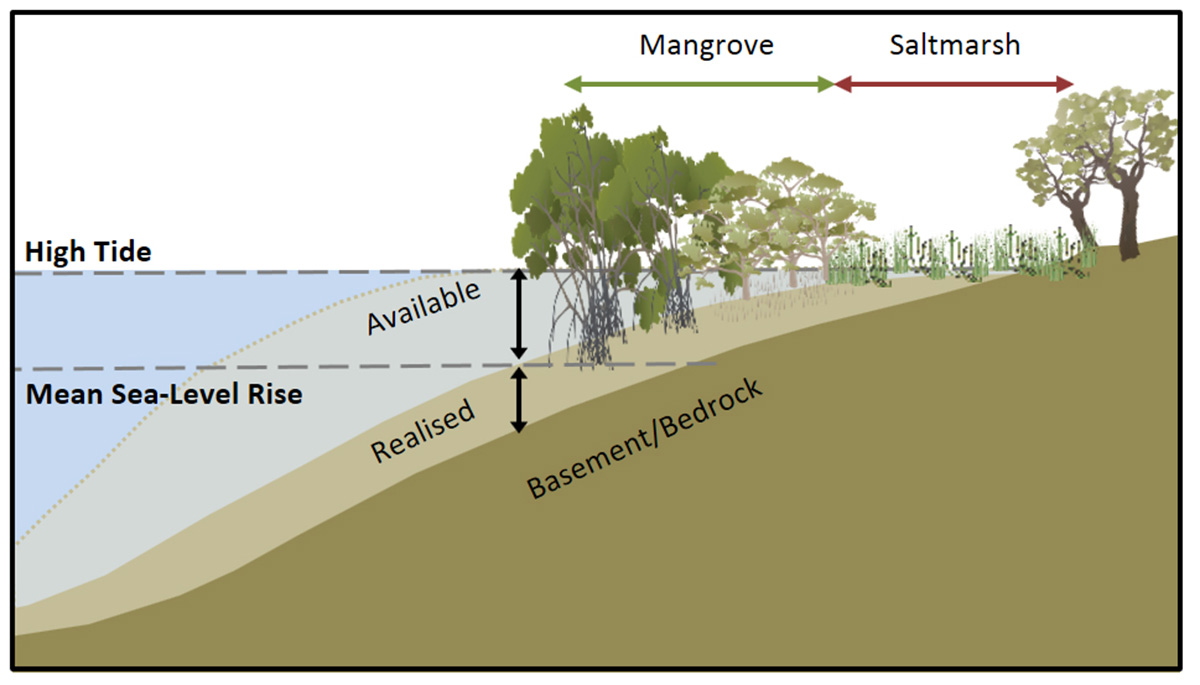 Wetlands store carbon by burying organic, carbon-rich sediments underwater. When tidal wetlands flood from tides or sea-level rise, sediment accumulates above the bedrock floor. The higher the waters rise, the more space exists for sediment to build up.

“Capture and storage of carbon by saltmarshes has a dual benefit. It removes CO2 from the atmosphere, mitigating greenhouse gas emissions, and the organic carbon that is accumulated builds the elevation of the wetland as sea levels rise,” Professor Rogers said.

The researchers compared carbon storage in saltmarshes in Europe and North America, which have experienced a consistent rise in relative sea levels over the past 6000 years, to those in the southern hemisphere, where relative sea levels have been comparatively stable. Those in Europe and North America have deep and highly organic sediments, while those on southern hemisphere coastlines have less organic carbon and a higher proportion of minerals in their sediments.

Co-author Dr Patrick Megonigal, a Senior Scientist at the Smithsonian Environmental Research Center, said, “Scientists know a fair amount about the carbon stored in our local tidal wetlands, but we didn’t have enough data to see global patterns. By synthesizing the local data, we discovered that soil carbon sequestration is linked to patterns of sea level rise at continental and global scales.” 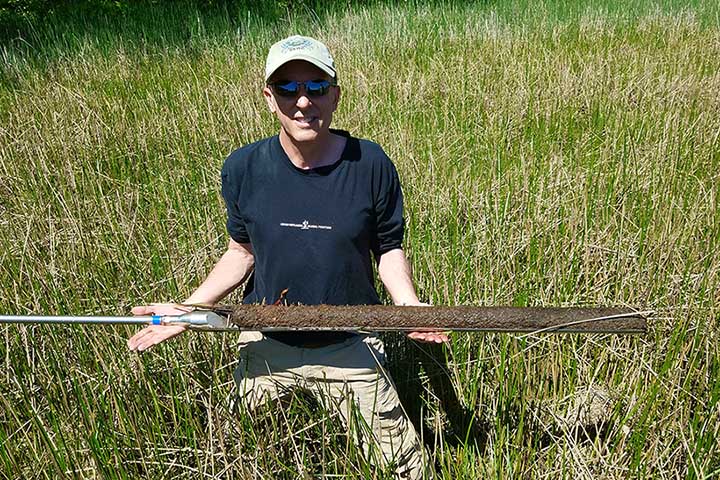 The researchers tested their hypothesis by analysing sediment from a saltmarsh at Lake Macquarie, NSW, where the removal of supports from an underground mine saw the shoreline subside by a metre in a matter of months in the 1980s. This rapid relative sea-level rise led to a fourfold increase in organic material in the sediment, much of it carbon.

The differences in relative sea level rises between the hemispheres over the past 6000 years is due to the melting of vast ice sheets that covered North America and Eurasia during the last glacial period and the resulting flexure of the Earth’s mantle as the weight of the ice lifted. Continents in the southern hemisphere were less affected by ice sheet loads.

“Saltmarshes on the tectonically stable coastlines of Australia, China and South America may be the sleeping giants of global carbon sequestration,” Professor Rogers said.

“Collectively, they contain half the global saltmarsh extent. A doubling of carbon sequestration in these wetlands would sequester an additional five million tonnes of atmospheric carbon per year, providing a mitigating feedback between sea-level rise and atmospheric carbon concentrations.

“However, this potential benefit is compromised by the ongoing clearance and reclamation of these wetlands. Preservation of coastal wetlands is critical if they are to play a role in sequestering carbon and mitigating climate change.” 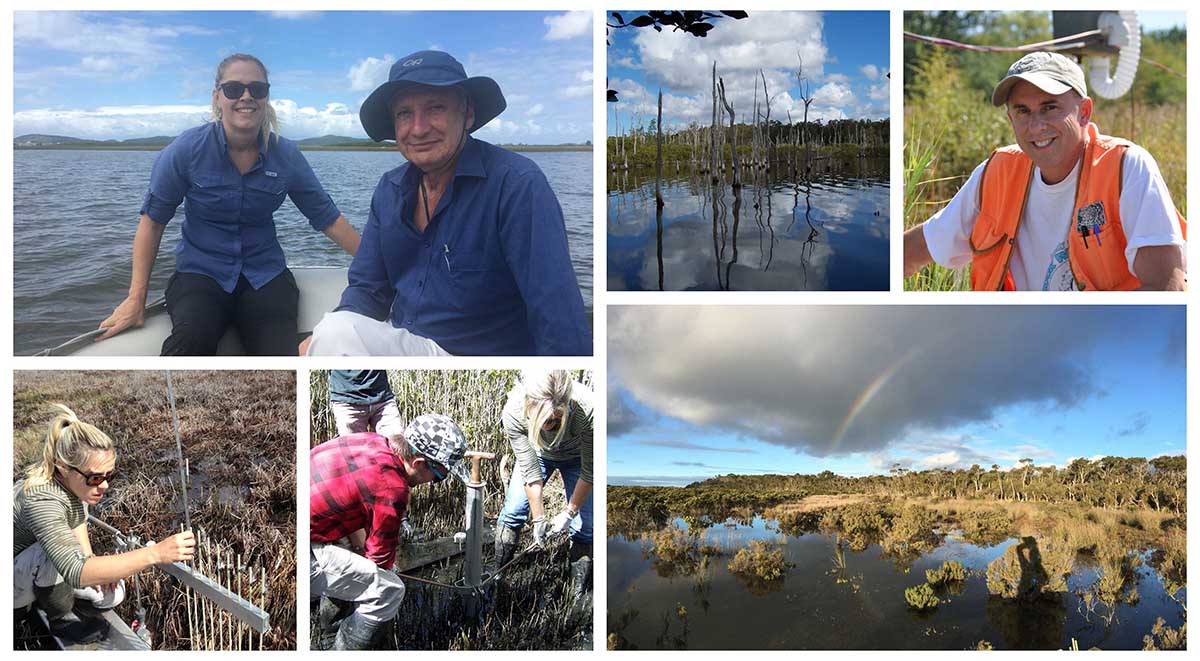 Members of the research team in the field in locations around the world.