The University of Wollongong (UOW) has bestowed its prestigious Community Fellowship Award on AIME, recognising the groundbreaking organisation for its outstanding contribution to the lives of young Indigenous Australians.

AIME CEO Jack Manning Bancroft, who founded the organisation as a 19-year-old university student, accepted the award, and said the organisation was honoured to have been working alongside UOW for more than 10 years to improve educational opportunity and outcomes for Indigenous students. 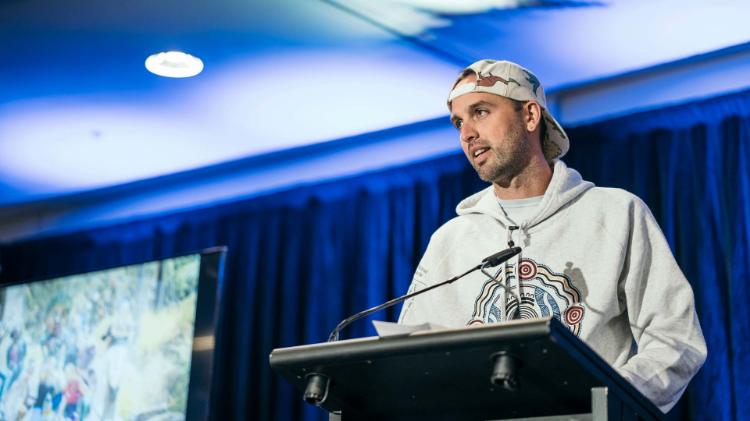 Chancellor Broadbent said AIME was an organisation that had truly made a tangible impact on the lives of students throughout the world, helping to end the cycle of disadvantage.

“On behalf of the Council of the University of Wollongong, I congratulate AIME on their extraordinary contribution and leadership in closing the educational gap between Indigenous and non-Indigenous students,” Chancellor Broadbent said.

“AIME’s impact has been profound and far-reaching; they have helped thousands of Indigenous students to believe in themselves and put them on the path to achieving their dreams.

“The Community Fellowship Award is the highest honour the University of Wollongong can bestow and AIME is an incredibly deserving recipient.” 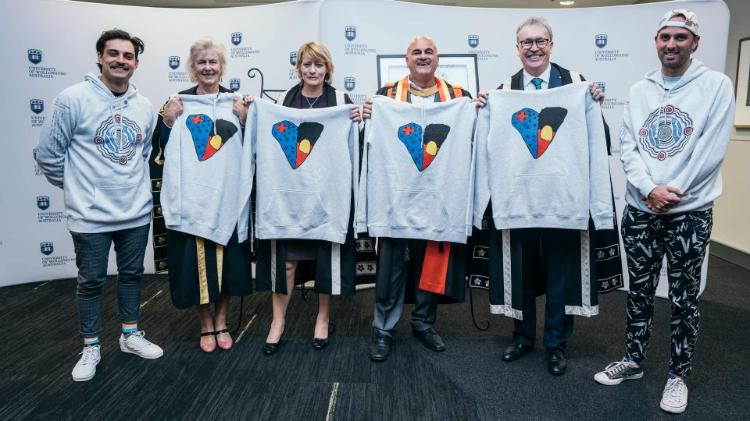 Professor Paul Chandler, Pro-Vice-Chancellor (Inclusion and Outreach) at UOW and Founding National Director of AIME, read the award citation on behalf of the University.

He said it was a pleasure and a privilege to watch the organisation grow over 14 years, from its beginnings as a small initiative in Sydney to a innovative mentoring experience.

“AIME grew from a small mentoring service to a massive national operation pairing Aboriginal students with university students over a one-year period. The results of this uplifting, fun program have been phenomenal and beyond all expectations,” Professor Chandler said.

“Since AIME was introduced, the percentage of Aboriginal students leaving high school has risen dramatically to the same rate as their non-Aboriginal peers, at 93 per cent. That compares with a national average of 58 per cent for non-AIME schools. More importantly, AIME has lifted the aspirations and beliefs of over tens of thousands of Aboriginal students. It is truly a phenomenon.” 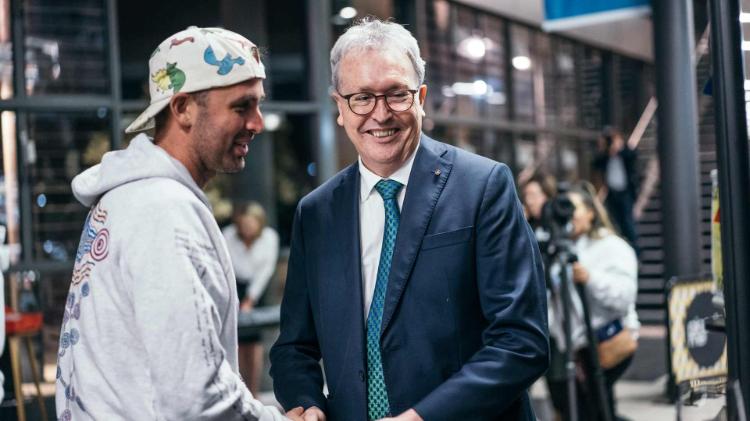 AIME was founded by Mr Manning Bancroft, then a student at the University of Sydney, in 2005, who saw the opportunity to use mentoring to help Indigenous students in the inner city. It pairs university students with high school students, as mentor and mentee, to help end the cycle of disadvantage that faces Indigenous communities.

The program grew rapidly, expanding first to UOW and then to universities throughout Australia. In the past few years, AIME has become a global movement, with a presence in the United States, the United Kingdom, and countries throughout Africa.

More than 75 per cent of AIME mentees who have gone through the program have moved on to university or into employment. 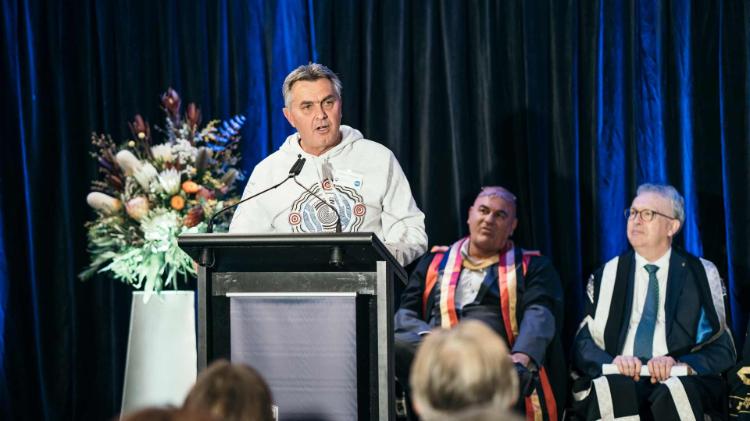 Mr Manning Bancroft said the model was about showing Indigenous youth that they had mentors who saw what they were going through, listened to what they had to say, and believed in where they could go.

“Education is imagination. Imagining new worlds, imagining new ways, and then being bold enough to start building before the sketch is finished. That’s what we’ve done together. We’ve shown that there are no limits to change, no age barriers, just the bravery to shout down the inner voice of shame, and to act,” Mr Manning Bancroft said.

“I can’t wait to keep imagining what’s possible with UOW well into the future as we build a world fit for all children in the 21st century." 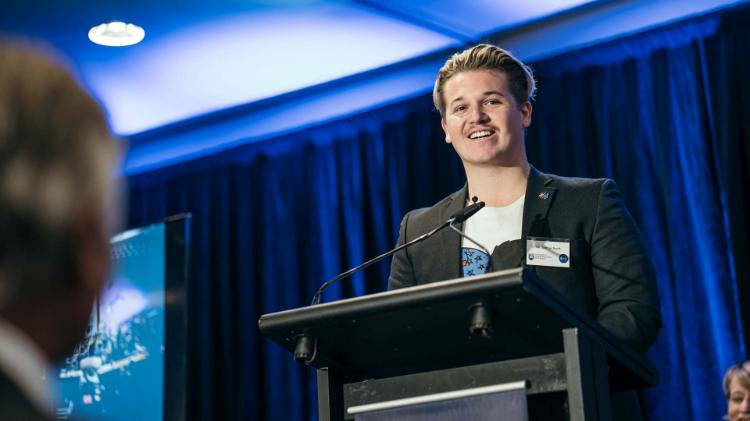 The 2019 award recognised AIME’s significant services to improving educational outcomes for Indigenous students in Australia, including in the Illawarra, Shoalhaven and far South Coast regions.

In addition to the award, AIME also received a Community Fellowship gift from UOW, which enabled the University to help share the values of AIME with young students throughout the region.

Eleven primary schools in the Illawarra will receive a set of The Eagle Inside, a children’s book about the power of mentoring and inner strength, purchased by the University.

The book is authored by Mr Manning Bancroft, and illustrated by international artist and AIME board member, Bronwyn Bancroft.

An additional 46 high schools in the region will receive copies of The Mentor, by Mr Manning Bancroft, and Mentoring: The Key to a Fairer World, which have also been gifted by the University.

The purchase of the books with funding for their program delivery and the books will go to schools that have the highest percentage of Indigenous students. 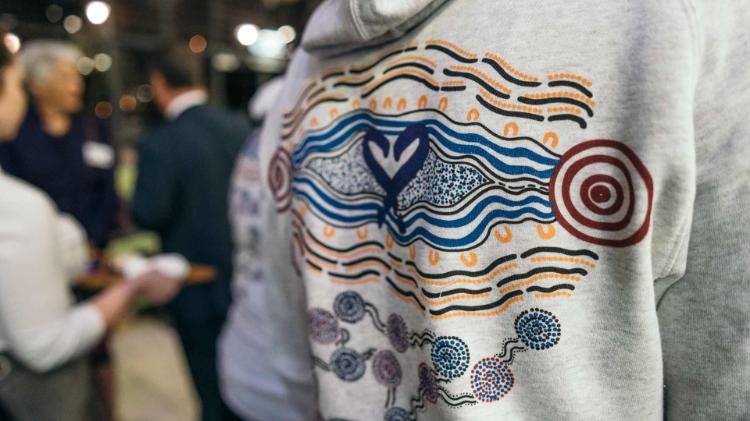