Graduates inspire Wollongong students to use science, technology to achieve their dreams

A quartet of University of Wollongong graduates traced their journey from students to becoming part of one of the most influential companies in the world during a Facebook Community Boost event on Friday (9 November).

During a STEM Careers Panel, held at SAGE Hotel in Wollongong, global Facebook employees, Aijay Adams, Sally O’Brien, Scott O’Brien and Sam Dunster discussed growing up in the Illawarra, undertaking their studies at UOW, and joining one of the largest technology companies in the world post-graduation.

Aijay Adams studied a Bachelor of Engineering (Computer Engineering) at UOW. Originally from Forbes, in regional NSW, Aijay is now based on the other side of the world, at Facebook’s Menlo Park Campus, where he is a Network Infrastructure Engineer at Facebook.

Also on the panel was Sally O’Brien, from Kiama, who now focuses on global programs and engineers for Facebook, from their Sydney offices.

Sally studied a Bachelor of Media and Communications, majoring in Advertising, and spent a few years working in digital media and advertising before joining Facebook. 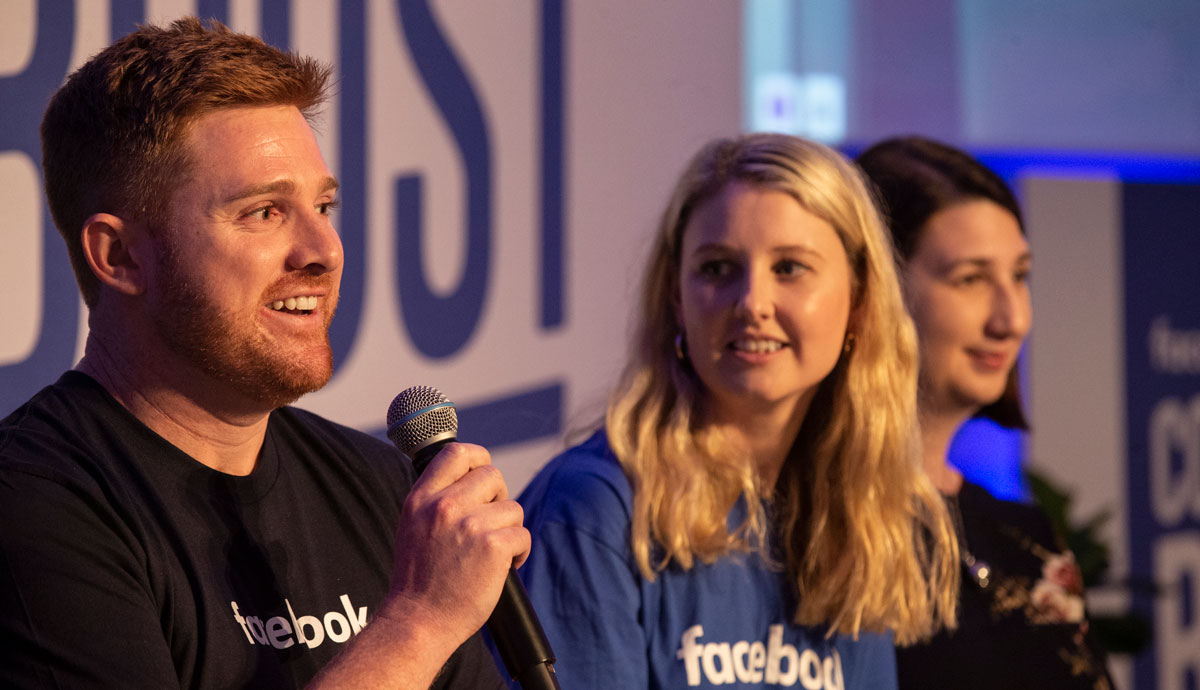 Sally and Aijay were joined, via video link, by fellow graduates Sam Dunster and Scott O’Brien, who both completed their undergraduate degrees at UOW. They are both now based at Facebook’s headquarters in the United States, just outside Silicon Valley.

During the event, Sally and Aijay spoke about their work at Facebook and their career paths with UOW STEM Ambassador Rhiannon Bolton, and Engineering and Information Sciences Career Advisor at UOW, Cara Dobinson.

Mia Garlick, Director of Policy at Facebook, said the event aimed to inspire the next generation of STEM professionals to aspire to the top of their fields.

“We’re thrilled to bring Community Boost to Wollongong and share the stories of locals who have followed their dreams by either building a business on Facebook, or becoming part of our world-class team,” Ms Garlick said.

“Thriving science and technology environments, like the University of Wollongong, produce great talent, drive local economic development and the jobs of the future.”

Aijay Adams said it was great to share his story with young students who might be wondering how to use their science and technology skills to achieve their dreams.

“The University of Wollongong set me on the perfect path to pursue a career in technology and engineering”, Mr Adams said.

“It is so nice to come back to Wollongong and talk to current UOW students about my experience in the industry. I never would have dreamed of one day working on industry-leading projects for one of the largest technology companies in the world.”