Professor McMillan has been Acting NSW Ombudsman since August 2015 and spoke on the subject of Better Government: Learning from Mistakes.

An Emeritus Professor at the Australian National University, Professor McMillan taught administrative and constitutional law from 1983-2003 – and was a colleague of Jack Goldring during that period.

The annual lecture honours Jack Goldring (1943-2009), UOW’s foundation Dean of Law, who went on to become a highly-regarded judge at the District Court of NSW. He was motivated by social justice; an educator and leader in the university sector and a distinguished law reformer.

To honour its founding Dean, the UOW Faculty of Law, Humanities and The Arts created the Jack Goldring Memorial Scholarship to uphold his commitment to social justice, education and law reform.

For the first time this year, two outstanding law students have been named recipients of the scholarship for 2018; Kimberlee Brooker and Michael Bainbridge.

Kimberlee Brooker, a third year law student from Albion Park Rail, was awarded the scholarship for her consistent academic excellence and motivation to make a difference in the criminal law space.

“I have a strong commitment to social justice in relation to achieving greater justice for offenders. I believe that prison is not an appropriate punishment for all offenders, and there needs to be greater rehabilitative programs, particularly in relation to the establishments of more Drug Courts around the state.

“It is my goal to assist offenders as a solicitor to access such rehabilitative programs, and also advocate for more of these programs in our community,” Kimberlee said.

The 21 year old is totally blind and volunteers as a public speaker at Guide Dogs NSW/ACT. She intends to use the scholarship money to help pay for the expensive technologies she relies on to assist her with her studies.

Michael Bainbridge, a former Green Beret commando with the Australian Special Forces who was medically discharged and suffered PTSD, was awarded the scholarship for his resolve to effect change for war veterans.

“Risking life and limb and losing many close friends, enabled me to realise that war is the end result of a failed social justice system. I understand just how lucky we are to live here in Australia, having real access to justice. This experience and my injuries have driven me to study law, and to further contribute to the development of our social justice system, and the community at large.

“In 2015/16, I researched and drafted various submissions to the NSW State Government seeking amendments to the criminal justice legislation to recognise veterans with PTSD and other mental health conditions as vulnerable suspects in the investigative process.

“I am also continuing to work toward law reform surrounding child sex offences. These changes will reflect the true criminality of these offences,” Michael affirmed.

The 33-year-old Indigenous student was this year elected to become the youngest ever Director, and State Vice President of NSW RSL. 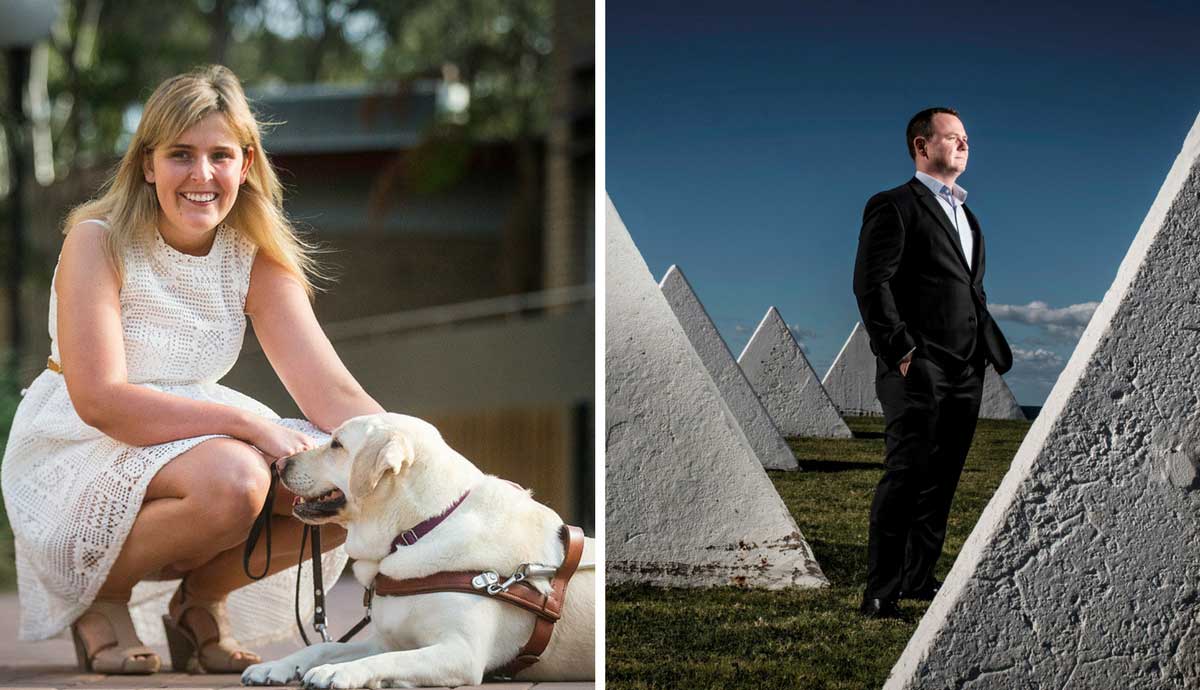