The President of the Australian Law Reform Commission, Professor Rosalind Croucher AM, will present this year’s Goldring Lecture on 9 October as one of the key events for 25 years of law at UOW.

The School of Law also awarded the $10,000 Goldring Scholarship to Christina McLellan (pictured below with Dean of Law Professor Warwick Gullett and Professor Croucher) . The scholarship supports an outstanding law student committed to social justice. 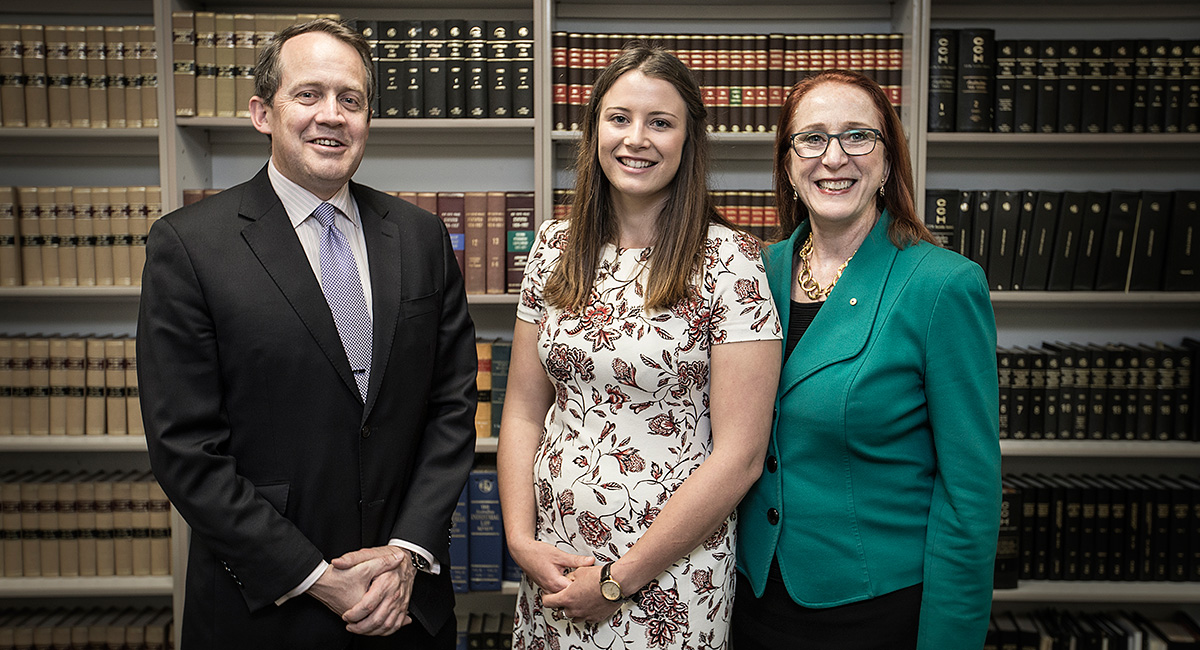 Professor Croucher has been the President of the Australian Law Reform Commission since December 2009. Her distinguished career encompasses legal education comprising 25 years in university teaching and management, including as Dean of Law at Macquarie University and Acting Dean of Law at the University of Sydney.

She has lectured and published extensively, principally in the fields of equity, trusts, property, inheritance and legal history. She has written or edited nine books and authored more than 100 publications including book chapters, encyclopaedia entries, journal articles, casenotes and conference papers.

In 2014 she was acknowledged for her contributions to public policy as one of Australia’s ‘100 Women of Influence’ in The Australian Financial Review and Westpac awards; and for her ‘outstanding contribution to the legal profession’ role in supporting and advancing women in the legal profession she was awarded the Australian Women Lawyer’s award. In this year’s Australia Day Honours list, Professor Croucher was conferred the award of Member of the Order of Australia for “significant service to the law as an academic, to legal reform and education, to professional development, and to the arts”.