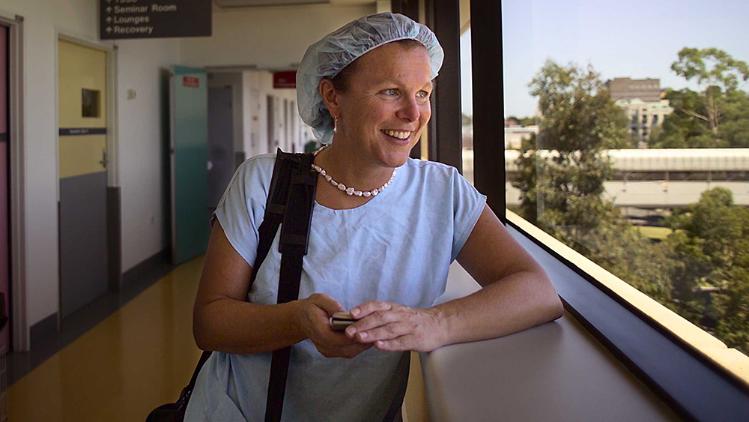 Citation delivered by Professor Jennifer L Martin AC Deputy Vice-Chancellor (Research and Innovation) of the University of Wollongong on the occasion of the admission of Fiona Wood as a Doctor of Science (honoris causa) on 4 October 2021.

Chancellor, it gives me great pleasure to present Fiona Wood for admission to the degree of Doctor of Science, honoris causa.

Resilient, committed and focussed on driving forward the boundaries of knowledge, Fiona Wood AM has forged an exceptional career as a world-leading burns specialist and researcher. She is one of Australia’s most innovative and well-respected plastic and reconstructive surgeons, and an inspirational role model and advocate for women in leadership.

Born in Yorkshire, Fiona began her medical career at St Thomas Hospital, London in 1981, where she trained under the distinguished plastic surgeon Mr Bryan Mayou. Her experiences while working at London’s Great Ormond Street Hospital fostered a curiosity in the many forms of scarring, leading her to move onto the Queen Victoria Hospital, which had a burns unit. And so began Fiona’s lifelong dedication to burns medicine.

In 1987, she immigrated to Perth with her husband Keith to complete her general surgeon training. Here, under the mentorship of another great surgeon and inspiration in her life, Dr Harold McComb, Fiona expanded her knowledge and experience in burns patients and wound healing.

As Chairperson of the Burn Injury Research Unit, Fiona is championing innovative research, pioneering new treatments for healing burns and minimising scarring with the overall aim of achieving totally scarless healing. Her enduring legacy and greatest contribution to date is the innovative ‘spray-on skin’ technique – a world-first technology which has been used on thousands of patients around the world, greatly reducing permanent scarring in burns injuries.

Fiona has been at the frontier of traumatic global events, harnessing her resilience, commitment, altruism and courage to save the lives of burns victims around the world. In October 2002 in response to the devastation caused by the Bali bombings, Fiona led a team of 19 surgeons, 130 medical staff and four operating theatres to save patients suffering body burns, deadly infections and delayed shock. In 2007, Fiona also travelled to Indonesia to help with emergency burns treatment of survivors of another international tragedy, the Garuda Indonesia Flight 200 crash landing.

Fiona’s extensive research has been published internationally in highly ranked peer reviewed journals, and covers a variety of topics including burns management, pharmacology, molecular biology and genetics. She has been involved in a number of education programmes and disaster response initiatives and is a Fellow of the Royal College of Surgeons (London & Edinburgh), and a Fellow of the Royal Australasian College of Surgeons in Plastic and Reconstructive Surgery.

A truly remarkable humanitarian, driven by a determination to reduce the devastation caused by the physical, psychological and social impacts of burns injuries, Fiona has carved out an inspiring path as a medical professional and a women in science.

Chancellor, today we honour Fiona Wood in recognition of her outstanding contributions and service to medicine and medical research, particularly in the specialty of burns medicine, and for her global humanitarian activities and demonstrated leadership.

It is a privilege and a pleasure to present Fiona Wood for a Doctor of Science, honoris causa.