UOW student named the 2022 Local Woman of the Year

She may be only 21, but Moemoana Schwenke has already made headlines. Last year, she travelled to COP26 Climate Conference in Glasgow as the fierce ambassador for sustainability and her homeland of Samoa. Moemoana’s efforts have been recognised by the Member for Wollongong Paul Scully MP, who named her the 2022 Wollongong Local Woman of the Year.

"I’ve been struck by Moemoana’s commitment and dedication to advocating on behalf of the Pacific Island nations and promoting their culture among our community. Her actions put Wollongong on a world stage, which we’re grateful for," Mr Scully said. 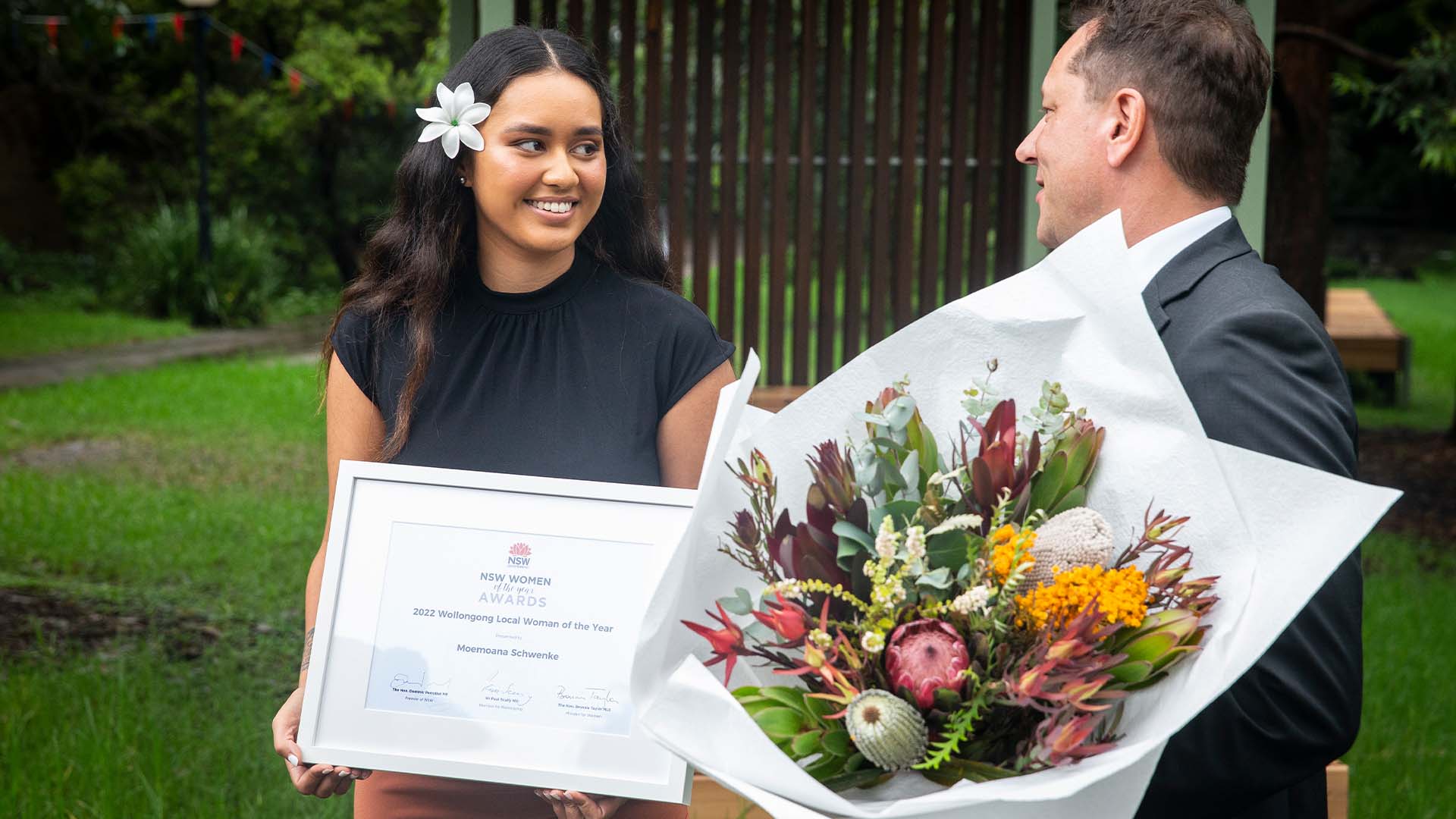 Born in Samoa and raised in New Zealand and Australia, Moemoana is the youngest recipient of the award so far. At the University of Wollongong (UOW), the young activist pursues a double degree in Indigenous Studies and Environmental Humanities alongside Communications and Media.

"It’s a great honour to receive this award in my hometown of Wollongong, where I spent most of my childhood. When I was going to school, there weren’t many Pacific Island people around. My grandmother, Moe Faatafa Nini, was one of the first Samoans who arrived in Wollongong. She came in 1972 to work at Wollongong Hospital," Moemoana said.

Moemoana plans to continue with her studies and help to popularise the Pacific Islands' culture and their plea for more sustainable living. She is active with The Pacific Climate Warriors, an organisation acting on behalf of 350.org. For years now, Pacific Island nations have experienced many adverse climate change effects: accelerated sea level rises, longer and more intense heatwaves, exacerbated natural disasters like floods and cyclones, and progressing coastal erosion. For these nations, it's not climate change but a climate emergency.

"What is happening now in the Pacific Islands will happen worldwide, so our message is crucial," Moemoana said.

The young student hopes to become an inspiration for the next generation of female youth activists from the region.

"Women are much less represented in the public domain. I am very grateful to all the strong female leaders who came before me and paved the way. And my message to all young women is that no matter your gender, race or class, you can achieve anything you want. Just keep going," the student added.

New book launch: the kindness revolution will save the world UOW students invited to address by Ukrainian President Zelenskyy Humans are aggressive, sometimes too much – could ‘moral enhancement’ technologies offer a solution?
Close