There were times when there seemed only two things in the life of esteemed UOW Professor of Nutrition and Dietetics: her family and her work

Having been born the ninth of 12 children, Professor Linda Tapsell has always valued the virtues of quiet tenacity, observance and contemplation.

Early in her life, she knew that academia was her place in the world. It became more than just a job – rather a lifelong mission, spanning disciplines, degrees and scientific publications.

"My parents were born during the First World War, grew up during the Great Depression and began their family during the Second World War. They came through strongly committed to a better world and with great expectations for my generation. In turn, we became notoriously hard workers,” Professor Tapsell reminisces.

She grew up in the Sutherland Shire in the 1950s, during the decade of science and innovation that exposed the molecular structure of life, leading to today’s knowledge of viral structures and new age vaccinations.

"As a child, I considered myself a bit of a closet geek. I loved learning,” Professor Tapsell says. "Part of it was my personality, and the other part – my family situation. Remember: I had many older siblings, so I was dying to go to school and have homework because I wanted to join them at their big table.”

Professor Tapsell's teachers recognised her affinity for learning and encouraged her to study the emerging area of biochemistry, which she did, through a Science degree and a postgraduate course in Nutrition and Dietetics. Later, she went on to pursue a Master’s degree in Health Personnel Education. Later still, her qualifications were crowned by a PhD at the University of Wollongong (UOW).

In 1990, after 15 years of working as a dietitian at the Prince Henry Hospital in Sydney, some time overseas and returning to work as a community nutritionist for NSW Health, Professor Tapsell began her UOW chapter. She had moved back to Stanwell Park with her family and joined the University’s new Faculty of Health and Behavioural Sciences, Department of Public Health and Nutrition. There, she was invited to initiate and gain accreditation for the brand-new program in Nutrition and Dietetics.

"When I look back at my professional life, big, transformational events happened about every five years. Moving to the Illawarra certainly felt this way,” Professor Tapsell says. “What we started at UOW was revolutionary. We were breaking into new ground.”

Today, food and nutrition research is a major enterprise informing public health policy and food standards. Back then, the effects of food and lifestyle on people’s health were still understudied.

"We were the only course in Nutrition and Dietetics offered in NSW outside Sydney, and every other state also had just one course available. This changed substantially after our course came along. We also shone the light on community and preventative health, and it was big – for dietitians, universities and the society,” Professor Tapsell says.

Professor Tapsell still remembers that first cohort of eight brave women who joined them, some of whom were older than her. Many of these students later became important figures in public health strategy and food standards.

"I was in my 30s, already with three children in tow, and these mature-age women paused their careers to expand the knowledge of nutrition. That was impressive. We needed more dietitians who could easily translate their scientific, research-backed knowledge into practice,” Professor Tapsell says.

She attributes her healthy attitude to food – and discernment around what we put into our bodies – to her parents’ intuitively pragmatic relation to feeding.

"It is not that food was ever scarce, but it was smartly managed in my family. We ate simple, nutritious meals – small amounts of lean meat, lots of vegetables, fruit, wholegrains and a bit of dairy. Soft drinks were only allowed at birthday parties, and we normally weren't given hamburgers, sausages or highly processed foods,” Professor Tapsell admits. 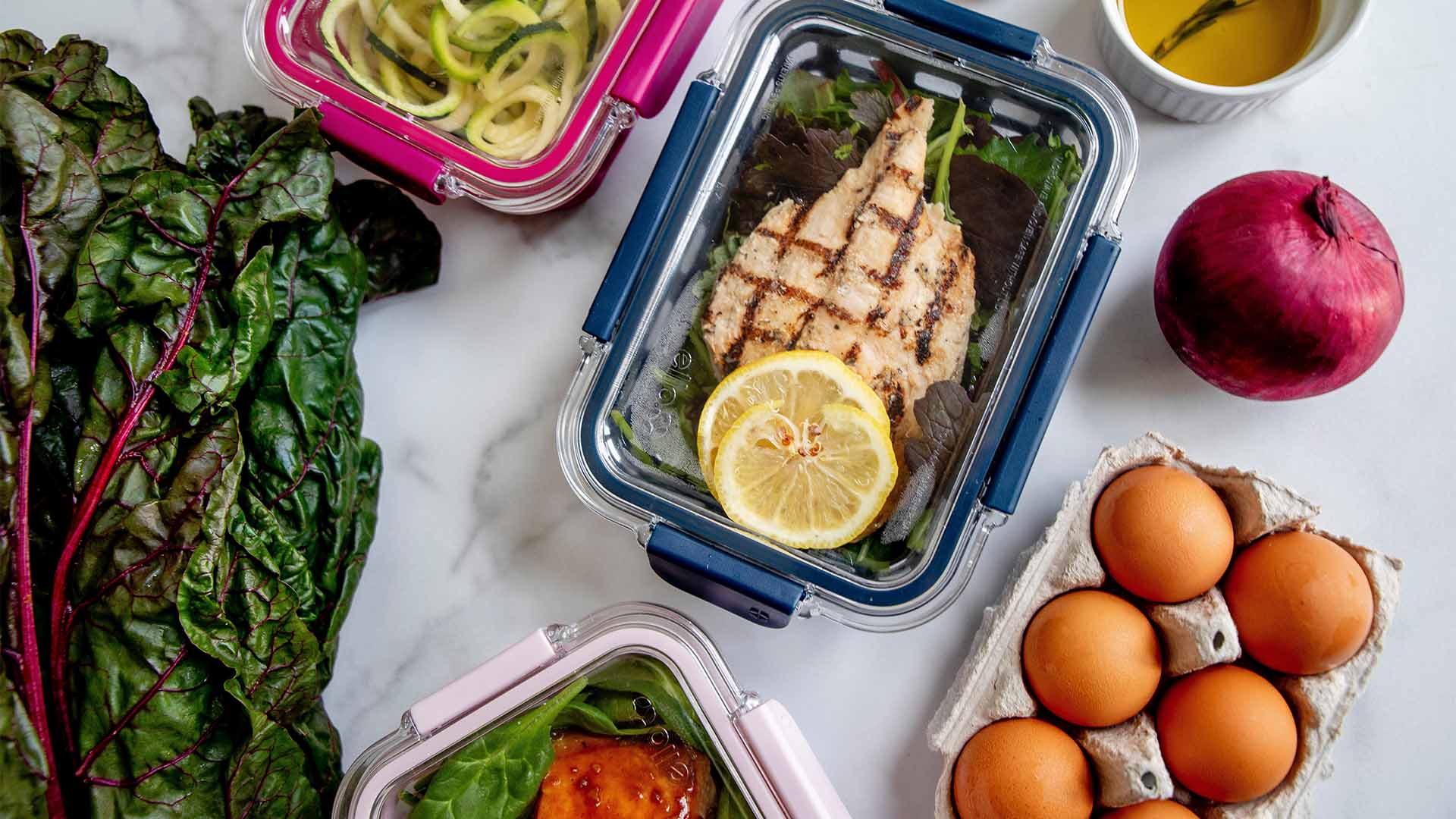 As her research on the effects of food and dietary patterns on chronic disease risk progressed, she went on to develop two important institutions raising awareness of nutrition and the significance of lifestyle interventions – the ARC Key Centre for Smart Foods (SFC) and then the National Centre of Excellence in Functional Foods (NCEFF). As part of the National Food Industry Strategy, NCEFF ran from 2003 to 2009. As its Director, Professor Tapsell oversaw a science program of food-based research and projects with industry, integrating nutrition concepts into food innovation.

Fighting for better-quality food products had been a vital part of Professor Tapsell’s career ("I experienced many food wars,” she admits). However, it never took away from her passion for inspiring the next generations of food and nutrition experts. Throughout her 30-year-long tenure, she supervised numerous nutrition and dietetics student research projects and nurtured many PhD theses while growing her supervisor capacity both within and external to UOW. She produced more than 250 scientific publications, 76 since 2016, and is an author of an internationally recognised – and highly praised as holistic and progressive – textbook, Food Nutrition and Health (Oxford University Press 2013; 2019).

Professor Tapsell’s professional and scientific contributions were recognised when she was made an inaugural Fellow of the Dietitians Association of Australia (DAA) and, later, a Fellow of the Nutrition Society of Australia, the first scientist in Australia to hold fellowships in both societies. This year the American Society of Nutrition named her in the Class of 2022 Fellows.  She was promoted to Professor in 2004 and retired fully in December 2020. In 2015, Professor Tapsell was awarded an Order of Australia (AM) for 'significant service to health science as an academic and clinician specialising in diet and nutrition'.

"I admit that I’ve had a hectic professional life. For many years, only two things mattered: work and family," Professor Tapsell says. “I was privileged to have had help from my mentors, and at home, the immeasurable support of my husband, mother, sisters, brothers and the children themselves. On a broader level, my career also succeeded with improved access and equity in higher education, expanded childcare facilities and opportunities in Nutrition Science, where food and preventive health started to be studied with rigour and treated with respect.” 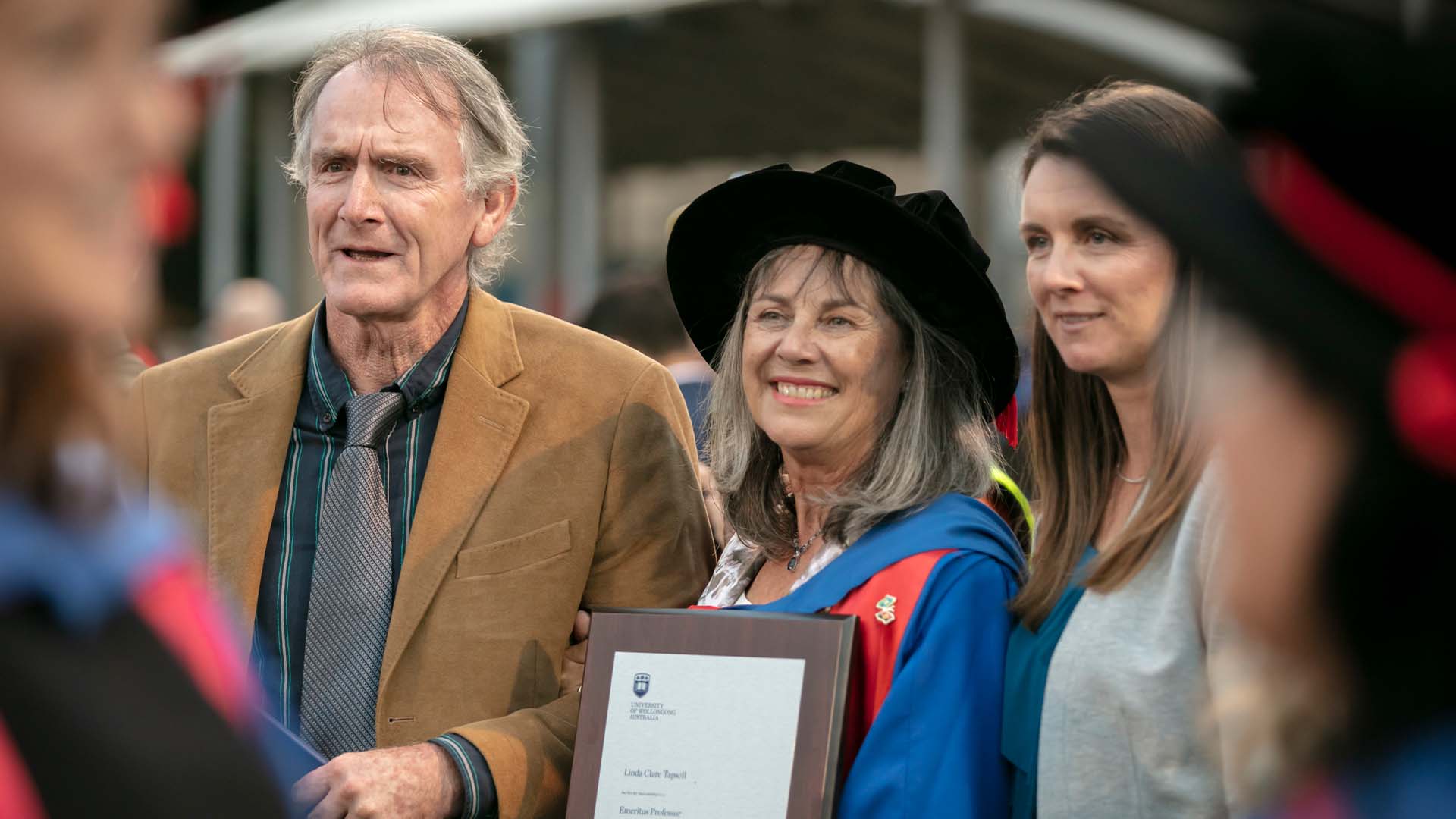 One of Professor Tapsell’s favourite stories, the one she used to tell her students to explain the importance of nutrition in food standards, is an analogy of the frog in a pot. The dilemma is how to save the frog from dying in a pot of water. If you put the frog in boiling water, it jumps out. That’s the food safety response because food poisoning is deadly, and we need to have safety systems and processes in place to act immediately. However, if you put the frog in the pot and the temperature is allowed to rise slowly, the frog will not notice and die too. In Professor Tapsell’s words, food with poor nutritional quality is the slow-boiling frog problem that we need to address with the same level of concern.

"Today, in nutrition and everywhere else, science, technology and prosperity have grown exponentially, but now it is time to stop and think. We have to look up from all that hard work and hone in on what is critical, not just for ourselves but for the world we inhabit. The full stop of the pandemic gave us pause. Let’s use that thinking space now. At the highest level, world peace remains ever on the agenda, but we must also look to sustainable development and respect for land and country: climate and peoples,” Professor Tapsell says.

As a retiree, she finally has more time to indulge in a few of her favourite activities – thinking and reading. She treats them as luxuries and pursues with the same passion that has guided her academic career.