Anna (pictured above collecting Anyakngarra (Pandannus spiralis) fruit on Mirarr country in northern Australia), completed her doctorate at the University of Queensland in Brisbane and is currently a CABAH Research Fellow at the University of Wollongong. She said she was “very honoured and a bit speechless” to have won the award, which comes with €5000 prize money.

Anna’s thesis examines 65,000-year-old plant macrofossils – discarded remains of meals cooked and shared tens of thousands of years ago – to trace changes in the past diet and land use of people using the Madjedbebe rock shelter in northern Australia.

“Many of the charred plant remains we found at the Madjedbebe site – fruits, nuts, seeds, palm stem and roots and tubers – required a lot of time and good knowledge to prepare. So these findings challenge earlier theories that early modern humans in the region only ate foods that gave them quick calorie hits, moving quickly to new locales when resources were diminished, rather than investing time and energy into the preparation of a varied diet,” Anna said.

“Several of the plants we found required processing to make them edible: pandanus nuts had to be laboriously extracted from their shells through pounding; roots, tubers and palm had to be peeled and cooked; palm pith had to be pounded to separate edible starch from less digestible fibres. This shows that the First Australians were skilled gatherers who had mastered complex processing techniques for exploiting plant foods, which they then applied to new Australian plant species as they entered the continent.” 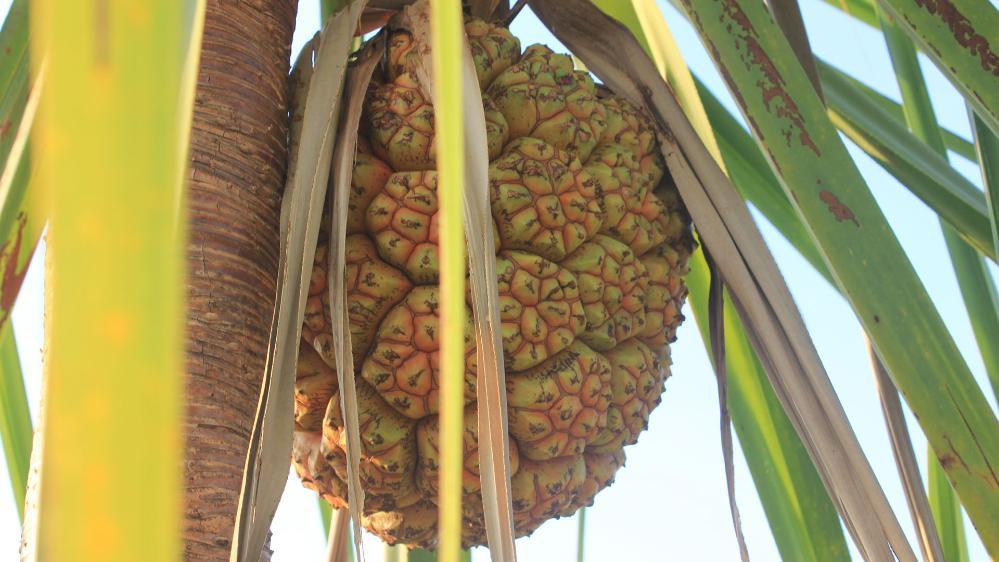 Anna began her PhD after a gap year, travelling and volunteering on excavations in Europe. When it came time to return to Australia and begin her PhD, she wanted to continue with work she had started during her honours.

“I was extremely lucky to start working on the archaeological plant assemblage excavated from Madjedbebe in my honours. The site presents an amazing and almost continuous 65,000-year sequence of food use. I wanted to know what the plant food remains could say about the long-term cultural history of the communities using the site in the past, especially in response to some large-scale environmental changes,” she said.

The opportunity to collaborate with the Mirarr, the Traditional Owners of Madjedbebe, who she had collaborated with during her honours, also influenced her decision to investigate the history of the site.

“It became important to me that the story I told was embedded in Mirarr knowledge and their help was invaluable to me. The ethnobotany was very challenging because I had never run my own fieldwork before but the elders I worked with, May Nango, Djay(kuk) Djandjomerr, were incredibly patient with me and it became by far the best part of my PhD.”

“I have to say a big thank you to them as well as the Gundjeihmi Aboriginal Corporation for all their work and support.”

The annual Early Prehistory and Quaternary Ecology Prize is sponsored by the mineral water company EiszeitQuell and was presented on Thursday, February 4, at 11 am via Zoom. The purpose of the prize is to foster innovative research among young scholars studying Ice Age archaeology, quaternary ecology and human evolution.

Anna plans to spend some of the prize money on exploring Tasmania.

“I just walked the overland track in Tasmania and the prize bought my flights and a new backpack for that and I’m now enjoying some wine and cheese in Hobart.️ The rest will go into my savings, hopefully for future adventures.”