Emeritus Professor made immense contribution to fields of gender, sexuality, and culture

When Professor Vera Mackie was a teenager, high schools in Australia were beginning to turn their focus to the Asia-Pacific region. Rather than teach solely European languages, suddenly the languages of our closest neighbours became part of the curriculum.

It was a shift that would shape the trajectory of Professor Mackie’s career. At the age of 15, she began to learn Japanese, falling in love with the rich, yet difficult language.

“I consolidated my knowledge of Japanese with studies at Monash University and then, thanks to a Japanese government scholarship, in Japan,” Professor Mackie says. “The early stages of my academic career were built on the ability to undertake intensive academic research in primary sources in the Japanese language.

“I feel blessed to have pursued my academic career at the time that I did.”

Now, Professor Mackie is being recognised with an Emeritus Professorship from the University of Wollongong (UOW), in honour of her immense contribution to research and to raising the international profile of UOW’s work in history, gender and sexuality studies, and Asian studies.

Born in Glasgow, Scotland, Professor Mackie migrated to Australia with her family in 1964. After completing her Bachelor of Arts and Masters at Monash, both degrees focusing on Japanese, Professor Mackie completed her PhD in History and Women’s Studies at the University of Adelaide, which later formed the basis of her first book, Creating Socialist Women in Japan, 1900-1937 (Cambridge 1997).

As she progressed through her studies, Professor Mackie’s proficiency in Japanese studies and linguistics began to intersect with her interest in gender and history.

Since then, Professor Mackie has authored and edited a number of books which bring together her interests in languages, the Asia-Pacific region, and the history of women, including Feminism in Modern Japan: Citizenship, Embodiment and Sexuality (Cambridge 2003); Remembering Women’s Activism (Routledge 2019), with UOW’s Associate Professor Sharon Crozier-De Rosa; and IVF and Assisted Reproduction: A Global History (Palgrave, 2020), with UOW’s Professor Sarah Ferber and Dr Nicola J. Marks.

“I began my university studies at the time when the Whitlam government abolished tuition fees,” Professor Mackie says. “This brought a diverse range of students of all ages and backgrounds into the university classroom, making for a stimulating atmosphere for discussion. I was able to complete an Honours degree, a Masters degree, and a PhD without paying any tuition fees.” 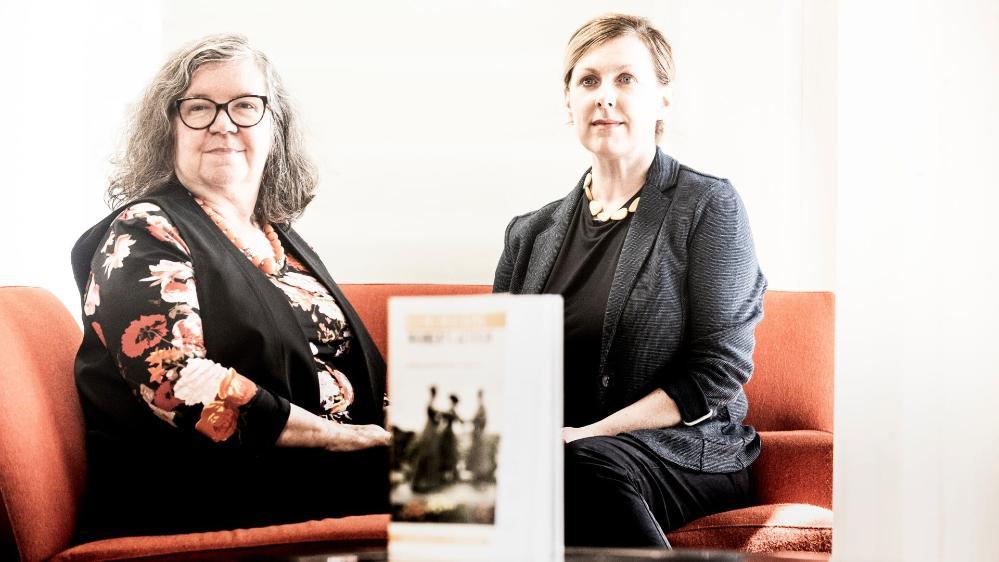 Professor Mackie joined UOW in 2010 as an Australian Research Council Future Fellow, to work on a project on Human Rights and Human Security in the Asia-Pacific region. She brought an already impressive record of international publications, grant successes and professional service. Professor Mackie had previously held key academic roles including Director of the Women’s Studies Program at the University of Melbourne, and a selection of senior executive positions at Curtin University, culminating in her tenure as Dean for the Centre for Research and Graduate Studies. Immediately before joining UOW, she held an Australian Research Council Australian Professorial Fellowship at the University of Melbourne.

At UOW, Professor Mackie founded the Centre for Critical Human Rights Research, which brings together historians and social scientists to explore issues around human rights and human security for individuals, communities, regions and institutions. In this role, Professor Mackie has overseen a dedicated team of scholars from across UOW, to advance human rights-related research.

This type of research, which lives at the intersection of human rights, feminism, social science, sustainability, and culture, is essential to addressing issues that have an impact on the whole of humanity, Professor Mackie says.

“I studied and moved into my career as an academic in a period of growth,” she says.

"I would like to see governments provide adequate support for universities and research, in recognition that an educated population is a national asset and that Australia-based research with a regional and global consciousness is necessary to solve pressing social problems.

“Proper academic training relevant to the region is necessary in order to pursue solutions to problems that transcend national borders.”

“We were pleased to be able to host the Conference of the Japanese Studies Association of Australia here at UOW a few years ago. It was a team effort which brought together colleagues from different parts of the Faculty. We were able to showcase our research in Asia-Pacific studies, show off our beautiful campus, and consolidate relationships with our international colleagues.”

One of the greatest motivators of Professor Mackie’s academic career has been the opportunity to mentor students and emerging researchers.

She has dedicated herself to nurturing the next generation of feminist scholars, including establishing a Women in Leadership Program at Victoria University while on a visiting professorship. In 2018, she was awarded a Vice Chancellor’s Award for Excellence in Research Supervision from UOW, and she has been an active contributor to UOW’s professional development mentoring programs.

“Working with graduate students and early career researchers has been among the highlights of my career. I have learned so much from them and have been pleased to see them take up lectureships, research fellowships, and professional positions around the world,” she says.

Although she retired at the end of 2020, Professor Mackie says she will continue to provide guidance and supervision to graduate students and researchers as an Emeritus Professor at UOW.

While she is thrilled at the number of scholars who are now working in the fields of gender, sexuality and Asian studies, Professor Mackie believes greater investment in and recognition of the importance of the Asia-Pacific region is a social and cultural imperative.

“For some time, Australian governments prioritised Asian languages and Asian studies, often with budgetary support. I would like to see such support for Asian languages and Asian studies, and not to mention Pacific Studies, revived, so that we can nurture new generations of scholars, researchers and professionals who can make a contribution to solving the pressing social issues of our region.”

Now regarded as one of the world’s foremost scholars of Asian history, gender and sexuality studies, and cultural studies, Professor Mackie will continue to make a significant contribution to UOW in retirement. She is looking forward to the opportunity to focus on her research and writing, with more journal papers and books in the works. She will also continue to supervise several PhD students and collaborate with UOW colleagues on research projects.

Exhibition celebrates life and work of Guy Warren AM The First Australians grew to a population of millions, much more than previous estimates From Norway to Wollongong, how Wenche Ommundsen discovered her passion
Close