Tropical fisheries projected to decline 40 per cent by 2050s

Climate change could cause a 40 per cent decline in the annual fish catch from some tropical marine fisheries by the 2050s, affecting more than a billion people, an international study has found. The people and economies of Pacific Island countries and territories would be among the hardest hit.

Tropical fisheries contribute around 50 per cent of the annual global fish catch. Those fisheries, however, are vulnerable to changes in the ocean associated with rising greenhouse gases, including warming, acidification, deoxygenation, sea-level rise and altered nutrient concentrations.

The researchers drew on a wide body of published research to assess the effects of climate change on tropical marine fisheries under two scenarios. One scenario assumed CO2 emissions continue to rise on their current trajectory with no mitigation, increasing global mean surface air temperature by 4.0 to 6.1 °C by 2100 (relative to 1750). The other assumed strong CO2 emission mitigation restricted the global increase of mean surface air temperature to 1.3 to 1.9 °C.

“The warming of the ocean is changing the distributions of fish species as they seek out their preferred water temperatures,” Dr Bell said.

“Reduced oxygen levels associated with warmer water are also expected to impair the growth and reproduction of several species.

“Furthermore, growth and survival rates of tuna and other oceanic fish will be affected due to suppression of nutrient levels in surface waters: warmer oceans will increase stratification of the water column, impeding upwelling of the nutrient-rich water required to stimulate growth of phytoplankton at the base of the food chain supporting fish stocks. 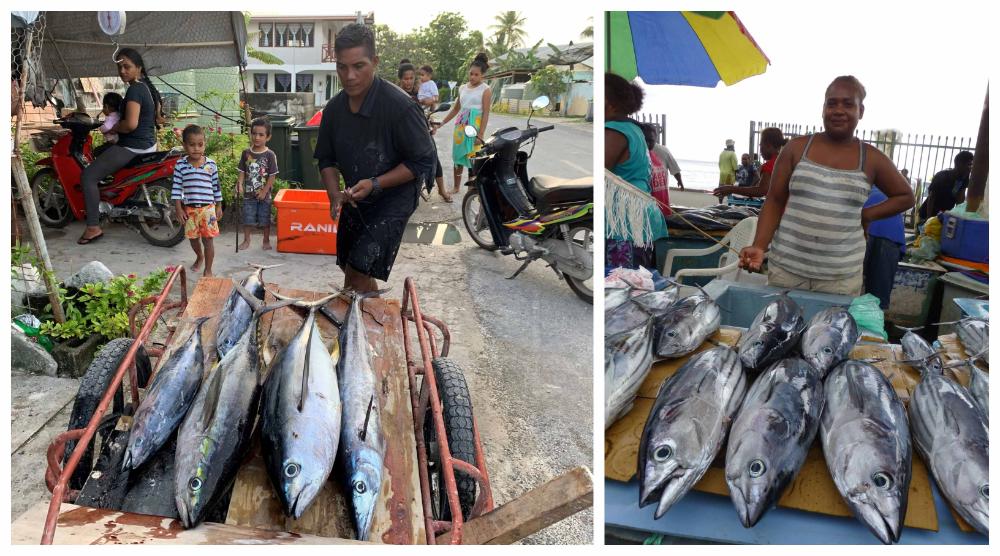 The study looked at fisheries in the EEZs of Pacific Island countries and territories, Brazil and tropical African nations. A decline in those fisheries would affect the many millions of people in the tropics who depend on them, and hamper efforts to achieve the United Nations Sustainable Development Goals related to food security, poverty alleviation, and economic growth.

As seafood is the most highly traded food commodity globally, a reduction in the tropical fish catch would negatively impact millions more people in countries that rely on fish imports from the tropics.

Dr Bell said Pacific Island countries and territories (many of which are “tuna-dependent” economies, with tuna-fishing license fees paid by other nations providing 30–90 per cent of all (non-aid) government revenue) would be particularly hard hit.

“The effects of climate change on tuna and coral reef fish are expected to be particularly pronounced for the small island developing states (SIDS) that rely heavily on revenues generated from industrial fishing in their EEZs for economic development, and on reef fish for food security,” Dr Bell said.

”The decreased abundance of tuna within the EEZs of tuna-dependent Pacific Island countries and territories is expected to reduce total government revenue by up to 15 per cent a year by 2050 for several Pacific SIDS.”

Dr Bell said it wasn’t too late to reduce the impact of climate change on tropical fisheries, or to mitigate the disproportionate impact climate change will have on Pacific Island countries.

“The key action is to reduce greenhouse gas emissions. If the global community succeeds in meeting the goal of the Paris Agreement to limit global warming to less than 1.5 degrees, the resulting relatively low expected extent of climate-driven redistribution of tuna should be manageable,” he said.

“Failing this, it will be necessary to identify arrangements where Pacific Island countries and territories can retain access to the levels of tuna catch that have occurred historically in their waters, regardless of the effects of climate change on the distribution of tuna.” 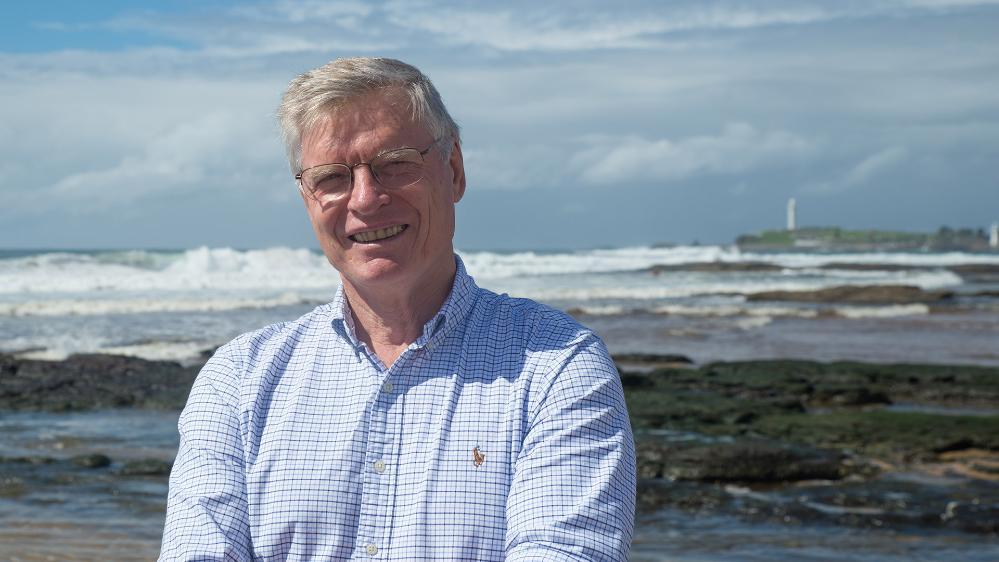 Dr Johann Bell from the University of Wollongong’s Australian National Centre for Ocean Resources and Security.

UOW to develop new compliance assessment methods for renewable energy Top 10 tips to keep cool this summer while protecting your health and your budget Sea urchins have invaded Tasmania and Victoria, but we can’t work out what to do with them
Close