UOW to save power in energy system overhaul

Investment in solar power, LED lighting set to pay off

The University of Wollongong (UOW) is on the verge of generating a million kilowatt hours per year in renewable energy.

For 18 months, contractors have been busy installing solar panels on 32 buildings and LED lighting in 15 buildings across both campuses. 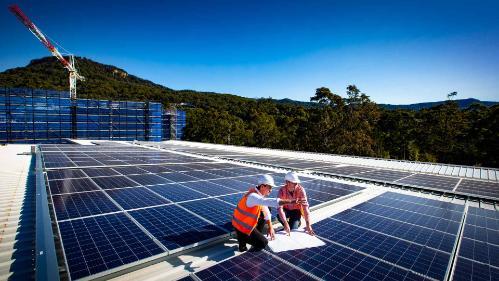 Lighting accounts for about 25 per cent of the University’s electricity consumption, and the accelerated upgrade from fluorescent to LED lighting is already making a significant impact.

Adding solar panels to 32 buildings is expected to save the University more than $300,000 per year in electricity costs, by generating an extra 2.5 million kilowatt hours per year in energy.

By the end of 2019, solar panels on UOW buildings will have the capacity to generate a million kilowatt hours per year.

Solar panels at UOW offset electricity consumption within the structures they are built on.

Rolling out over a three-year period, the project will be complete in 2020, and it will begin to provide a return on investment by 2029. 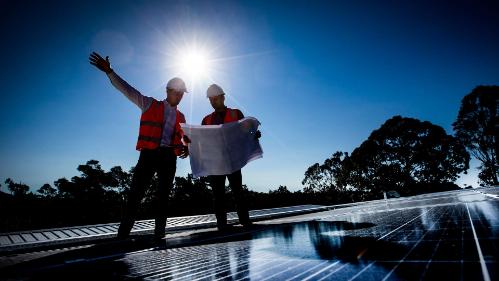 Before the work started, there were solar panels already installed on the SMART Building, the Graduate School of Medicine Building, the Administration Building, the South-West multistorey car park, the Mike Codd Building and the Sustainable Buildings Research Centre.

Meanwhile, the University has been rolling out a thermal comfort improvement program, to improve the amenity of a number of buildings.

The University has given priority to certain buildings based on the level of use and heat loading, as a small proportion of the University’s buildings remain without air-conditioning or passive thermal comfort measures such as shading or ventilation enhancements.

Plans are also being developed to install more energy-efficient air-conditioning systems in buildings more than 10 years old, with detailed business cases being developed.

UOW is on track to meet its target to reduce energy consumption by 20 per cent before 2035.