“We are supporting research in areas of national importance which will result in economic, environmental, social and health benefits. Our Government is also fostering greater collaboration between academia and industry to improve the connection between research and real-world results,” Mr Tehan said.

“I congratulate all of the 2019 Fellows announced today as they embark on their research.”

UOW Deputy Vice-Chancellor (Research and Innovation) Professor Jennifer L. Martin AC welcomed the announcement and said it was an excellent outcome for the University.

“Congratulations to our new ARC Future Fellows. These Fellowships confirm that the research they are doing is world class and is focussed on delivering a positive impact to Australia and to the world,” Professor Martin said.

“I look forward to seeing the outcomes of their research in coming years.”

Professor Higgins (picture above) from the Australian Institute for Innovative Materials (AIIM) and the ARC Centre of Excellence for Electromaterials Science (ACES) was awarded $989,000 over four years for his research looking at protein interactions at the interface between a device and its biological environment.

“It’s a real honour and privilege to be awarded a Future Fellowship and a fantastic outcome for my students, ACES, AIIM and of course UOW,” Professor Higgins said

“The Fellowship will enable us to pursue the big fundamental questions arising from our research, and is the culmination of hard work and effort and high quality research over the years by students, researchers, collaborators and support staff.”

While many applications, such as biosensors, medical device coatings and immuno-diagnostic assays, are heavily dependent on the phenomenon of protein adsorption at solid-liquid interfaces we don’t yet fully understand the mechanisms involved.

“The problem is that it’s very difficult to actually see what’s going on at the device interface!

“Most theories rely on static snapshots of the protein; however, proteins are constantly in motion. New advances in microscopy are making it possible to move beyond those static images and to visualise dynamic changes in protein conformation and to explore these key biological processes at liquid-solid interfaces.

“We will use high-speed atomic-force microscopy married with spectroscopy techniques and computer simulations to do this at the single molecule level, with the aim of elucidating the fundamental mechanisms.”

Dr Ellis was award $734, 162 over four years for his research into lipids.

After completing his PhD at UOW in 2013, Dr Ellis took up a two year post-doctoral position at FOM-AMOLF in Amsterdam before becoming an Assistant Professor at the Maastricht Multimodal Molecular Institute in the Netherlands. He is returning to UOW’s Faculty of Science, Medicine and Health to start a new research group focussing on the development and application of mass spectrometry imaging.

“The Future Fellowship provides a massive catalyst to get my research off to a flying start at UOW – both in terms of personnel, via PhD support from the University, and in terms of resources and time,” he said. 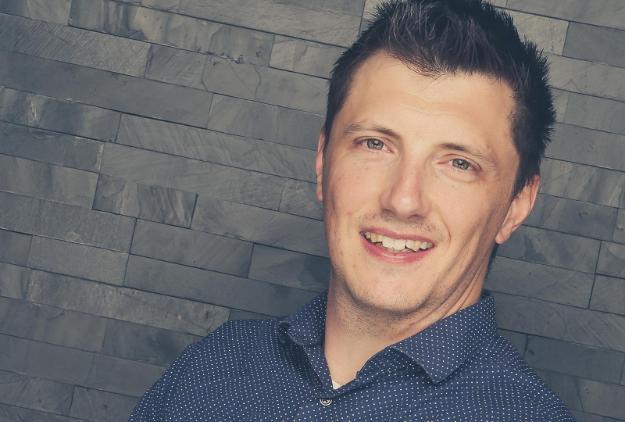 “I want to develop the most powerful and versatile lipid imaging system available anywhere in the world,” he said.

“Lipids are an often overlooked molecular class but they play many important roles in health and disease. These roles are poorly understood, largely due to technological limitations in how we detect, identify and image lipids.

“In this project I aim to develop a multiresolution imaging platform to study lipids at high spatial resolution (even at the sub-cellular level), structural resolution (to identify precisely which lipids are being detected) and temporal resolution (to image the dynamic synthesis and breakdown of lipids in tissues using isotope labelling strategies).”

The images produced will enable a better understanding of fundamental biochemical processes occurring in tissues and cells, as well as of the chemical underpinnings of disease.

“Little is known about the precise role lipids play in tissues and cells, yet they are widely implicated in many diseases and cancers,” Dr Ellis said.

“By better understanding the structure, function and location of lipids we can understand how changes in their composition and locations are linked to disease onset and progression. Ultimately, this could lead to new treatments.

“I am hopeful that the fellowship will allow me to establish a world-recognised group in imaging mass spectrometry, which can benefit researchers locally, nationally and internationally.”