How Maggie is embracing her love of learning

Maggie Sydenham is a testament to the notion that learning is a lifelong process.

At the age of 76, Maggie is now in her third year of a double degree in History and Sociology and is loving every moment of her studies.

It is her first degree. In fact, it is the first time she has entered a classroom since leaving school at the age of 14.

“I hated school,” Maggie said, with a laugh. “I couldn’t wait to get out of there. I left as soon as I was able.

“I went to business college and have spent my working life in the arts and health industry.”

Now, more than 60 years later, Maggie’s degree has provided her with the opportunity of a lifetime: a two-week study program at the University of Cambridge.

It is an unlikely twist for the mature age student, who had never imagined attending university, let alone studying at one of the world’s oldest and most prestigious institutions.

“I’ve had 60 jobs throughout my working life, which lasted from half a day to eight years,” Maggie said. “About 20 years ago, I had been Director for the Northern Territory Government’s Arts and Cultural Affairs office for eight years, but my daughter Jenny, who was living in Wollongong, hinted she was thinking of babies so I thought it was time to move back.

“My boss at the time offered for me to take a year off and then return, but I said no because I thought I would be able to pick up work in NSW easily. That was the last time I had a permanent role. I realised that women over 50 were seen as unemployable.” 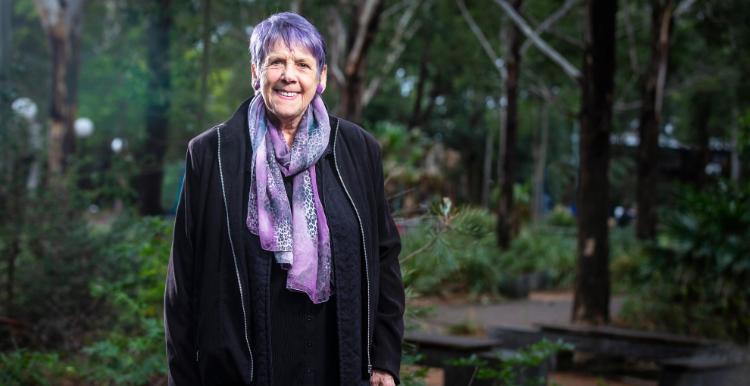 Maggie had a series of roles after that, but none that truly captivated her. And despite her early dislike of traditional schooling, she always lamented the fact that she had not studied at university.

“A few years ago, I mentioned to a cousin (a former professor) that I would love to go to uni but that I was too old,” she said. “He told me to go and ask. I rocked up to Student Central with my CV and asked if I could study a degree.”

After initially considering a degree in Psychology and Philosophy, Maggie ended up studying a double degree in Sociology and History.

Through this course, she has been given the opportunity to take part in an interdisciplinary research program at Cambridge next month.

While there, she will study Ancient Rome and Greece, Ancient Philosophy and Poetry. It is an exciting opportunity for the history buff, who is looking forward to immersing herself in the ancient world and visiting historic Roman landmarks in the UK.

“I can’t wait to touch a building that is more than 230 years old,” she said.

“I never expected to be able to study at university, let alone have this opportunity to go study overseas.”

“I feel so privileged to be able to attend university. I want to start Honours immediately after finishing my BA and then I hope to undertake a PhD, possibly looking at the lives of older, single women in Australia from 1788 to the 21st century,” she said.

“I’ve loved every minute of my degree so far. It has been an amazing experience. I feel like uni has really helped to keep me healthy and I hope to be able to continue to contribute for years to come.”