The University of Wollongong (UOW) Art Collection will unveil its newest acquisition today (Tuesday 7 August). Winged Bull, a rare work by the late May Barrie, was generously donated to the University through a creative arts alumna.

The maquette Winged Bull was created by Ms Barrie, an award-winning sculptor renowned for her work with granite and stone, much of it mined from near her home in the foothills of the Illawarra escarpment at Calderwood.

Ms Barrie, who died in 2014 at the age of 96, continued to sculpt well into her 90s and her works are held in numerous private and public art collections across the country.

Ms Barrie created the maquette in 1969 as a model of a sculpture that now stands at St Luke’s Church in Liverpool.

The maquette was acquired by Roberta Bell-Allen, who was herself a figure in Wollongong’s artistic community and a friend of Ms Barrie. Both women were members of the Wollongong Art Society in the 1960s.

Now in her 90s, Ms Bell-Allen, through her friendship with UOW alumna Jules McCue, has generously donated the maquette to the UOW Art Collection.

Ms McCue, who completed a Master of Creative Arts at UOW in 1994, helped to arrange the donation on behalf of Ms Bell-Allen.

Senior Professor Amanda Lawson, Director of the UOW Art Collection, said the University was delighted to receive an artwork that had strong ties to the Wollongong artistic community.

“The Winged Bull maquette is a special piece that captures the working process of a major artist of the region. It is wonderful to have a permanent place for it in the University’s Art Collection, and we are very grateful to Roberta Bell-Allen for generously donating this sculpture,” Professor Lawson said.

UOW is already home to a sculpture by Ms Barrie. Viva Solaris, created in 1976, is a totemic stone sculpture located on McKinnon Lawn, and was one of the first artworks acquired by the University. 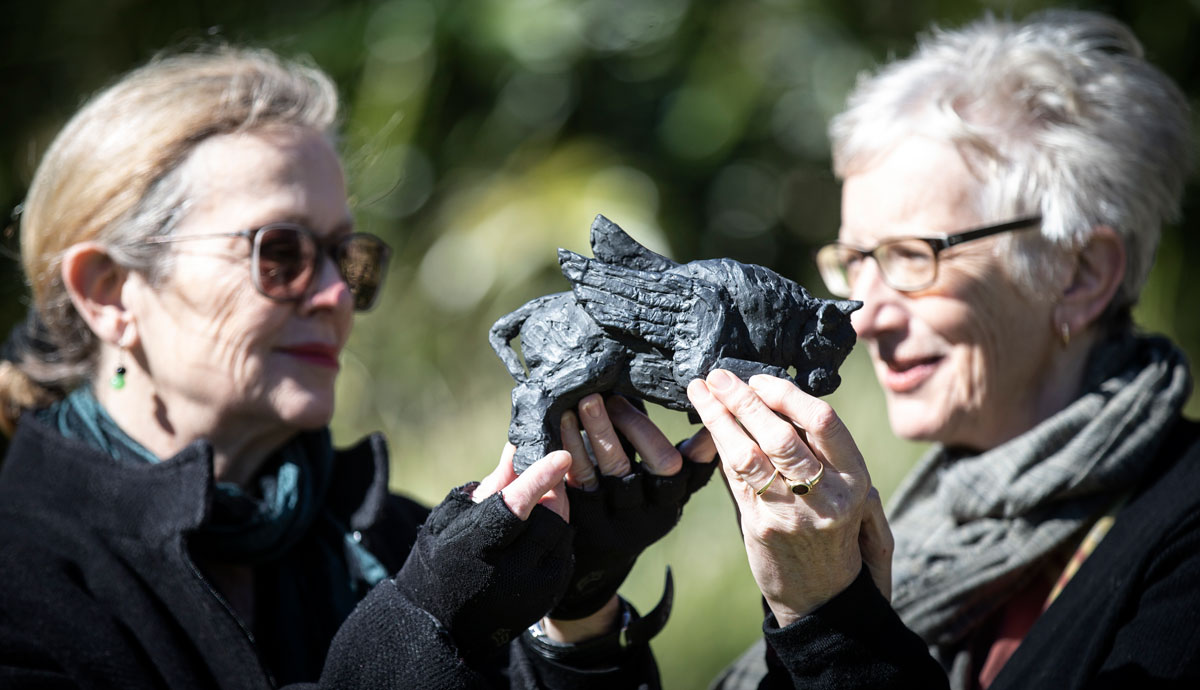