Analysis of intergenerational income data suggests who you’re married to, when you have children and how many you have matters when it comes to income mobility.

Australians pride themselves on having a classless society, where wealth is determined not by how rich your parents are but by your own efforts.

The paper, Direct Measures of Intergenerational Income Mobility for Australia, recently published in the journal Economic Record, used data from the Household Income and Labour Dynamics Australia (HILDA) survey, which has followed a sample of Australian households for 18 years.

The researchers, from the University of Wollongong (UOW), Australian National University (ANU) and the University of Technology Sydney (UTS), found that people born into low-income families in “the land of the fair go” don’t actually move easily into higher-income bands later in life.

Their analysis also suggests that family structure – who you’re married to, when you have children and how many you have – matters when it comes to what’s known as income mobility.

“We have greater mobility than US citizens, but less than in Scandinavian countries,” said UTS economist and study co-author Associate Professor Peter Siminski.

The researchers were able to put a number on this using a scale of zero to one, where 0 means people’s incomes have no relationship to those of their parents and 1 means advantage or disadvantage is completely transferred.

The result was not as close to the zero end of the scale as some people might expect, with the researchers estimating the intergenerational “elasticity” of income in Australia at 0.4.

Co-author Associate Professor Robert Clark from ANU said income mobility matters because it is one of the best measures we have of equality of opportunity.

“Some argue that if there is a high level of inequality in society – a big gap between rich and poor – this is simply a reflection of effort, that those with high incomes have worked harder or are more productive,” he said.

Co-author Dr Silvia Mendolia, from UOW’s Faculty of Business, said intergenerational income mobility – not just the gap between rich and poor in one generation – is important to consider because it is more closely related to equality of opportunity

“There is a much stronger consensus that people’s outcomes shouldn’t be due to factors outside their control – such as their family wealth,” she said.

The research also found that family makeup plays a role in income mobility.

When researchers measured household income, not just individual income, they found greater persistence of income advantage or disadvantage between generations.

Lead author and UOW alumna Chelsea Murray said household income depends not only on your own income but also whether you have a partner, your partner’s earning capacity, how young you are when you have children, and how many children you have.

“Studies that seek to measure the transmission of economic wellbeing may need to consider broader measures of income that account for differences in family structure,” Ms Murray said. 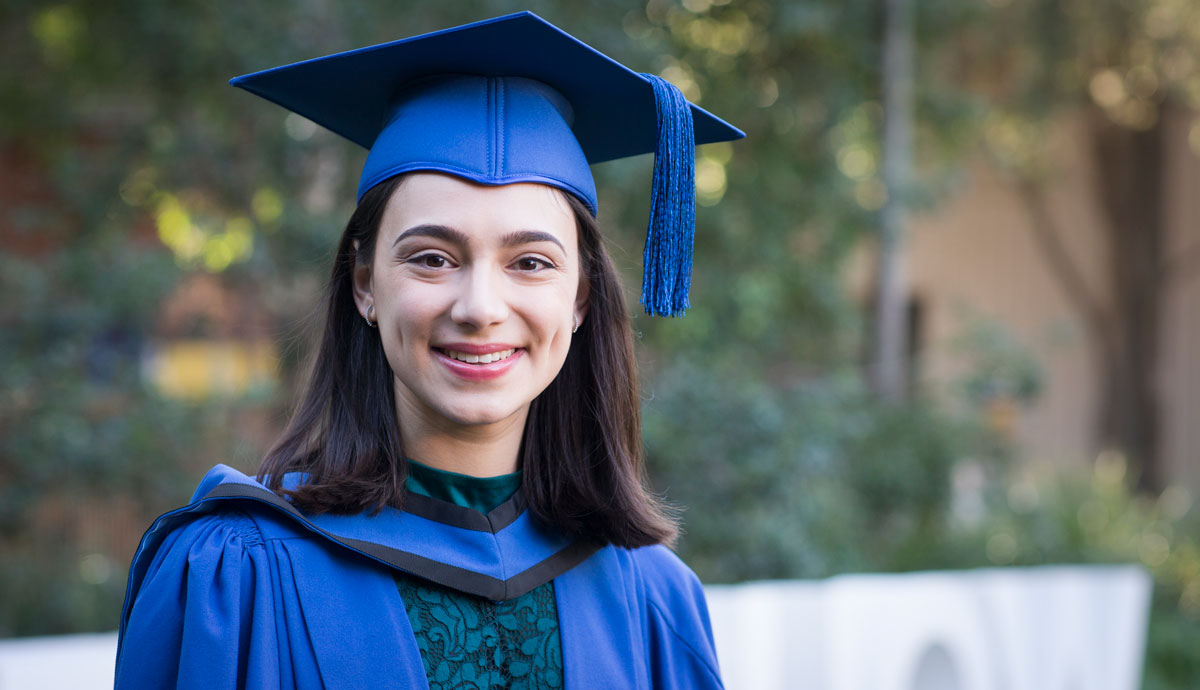 Lead author Chelsea Murray graduated UOW in 2017 as an Honours student with a Bachelor of Mathematics and Finance degree and is a Dean’s Scholar.

Ms Murray graduated UOW in 2017 as an Honours student with a Bachelor of Mathematics and Finance degree and is a Dean’s Scholar.

She went on to do a traineeship with the European Central Bank before returning to take on a role with the Reserve Bank of Australia.

Aside from being central to the concept of fairness, there are strong economic reasons for equality of opportunity being a desirable social outcome.

Dr Siminski said that society is better off if someone who has the potential to achieve great things is able to develop their skills and talents and fulfil that potential, thereby contributing to the economy.

“It is also better for social cohesion. Educational policies are the clearest and most obvious policy lever that governments have to improve income mobility.

“It’s important for governments to tackle disadvantage at an early stage, in schools, and to facilitate broad access to higher education, so income advantage isn’t entrenched.

“There tends to be greater persistence of advantage across generations in countries where having a university degree provides a big boost to lifetime income.

“I think the most obvious thing to do is to focus on access to higher education, to facilitate that pathway from high school through to university.

“It is also important to channel the greatest amount of money into schools that have the greatest level of disadvantage.”