When Carla Zampatti began her career in the fashion industry, she was one of only a handful of designers in Australia. She had great dreams, a desire to work hard, and an instinct for knowing what women wanted to wear.

It was the late 1960s. The country was on the cusp of change, the feminist movement was in full swing, and women were questioning their role in the home and in the workplace. The budding fashion designer began to make her mark.

Close to five and a half decades later, Ms Zampatti is still at the top of her game; designing exquisite clothes that make women feel good and look good. Now, the local fashion industry has grown to thousands of labels, but Ms Zampatti remains an industry leader, one of the country’s best designers. It reflects her strong work ethic, that sharp instinct for style, and an even sharper business acumen.

“It is a tough industry,” Ms Zampatti said. “There is something like 5000 fashion designers now, and many don’t survive. Young designers need to understand that it’s a business; it needs to be run like a business, not just a creative passion.”

Ms Zampatti was today (Thursday 15 December) recognised for her creative legacy, her tenacity, and her contribution to the fashion industry, receiving a Doctor of Letters (Honoris Causa) from the University of Wollongong.

The fashion designer was honoured for “her passion, drive and tenacity”, said Vice-Chancellor Professor Paul Wellings CBE. “She inspires students to follow their dreams. She also inspires women to become entrepreneurs and leaders in their fields.”

Ms Zampatti said she was “delighted” to receive the degree during this morning’s ceremony.

“UOW is a wonderful young university. I’m thrilled to be given an honorary doctorate.”

Born in Lovero, Italy, in 1942, Ms Zampatti was destined for a career in fashion. From her early days in Italy, she was drawn to fashion magazines and illustrations. After relocating to Western Australia with her family as a young girl, her dreams were not dimmed, and she was determined to bring her Italian style to her new home.

By the early ’70s she had moved to Sydney where she began working for a small fashion house. Ms Zampatti watched as her designs swiftly became the company’s best sellers. It was not long before she decided to go it alone and control her own destiny, and with the help of a $5000 loan from a beloved uncle, Carla Zampatti Pty Ltd was launched.

In the decades since, the company has continued to grow as women were captivated by Ms Zampatti’s exceptional design and eye for tailoring. Her clothes married her Italian style with Australian creativity. She has become an icon of the fashion industry.

Reflecting on her long career, Ms Zampatti said being a migrant had greatly influenced her approach to work.

“I had to treat it like a business from the start, because I didn’t have much money and I knew if I ran out I wouldn’t be able to do what I wanted to do. I worked incredibly hard,” she said.

“I was Italian, a migrant, and I had to nothing to lose. I think that drive is in most migrants. They come to a new country, they want to build something and have success, so they know they have to work hard.” 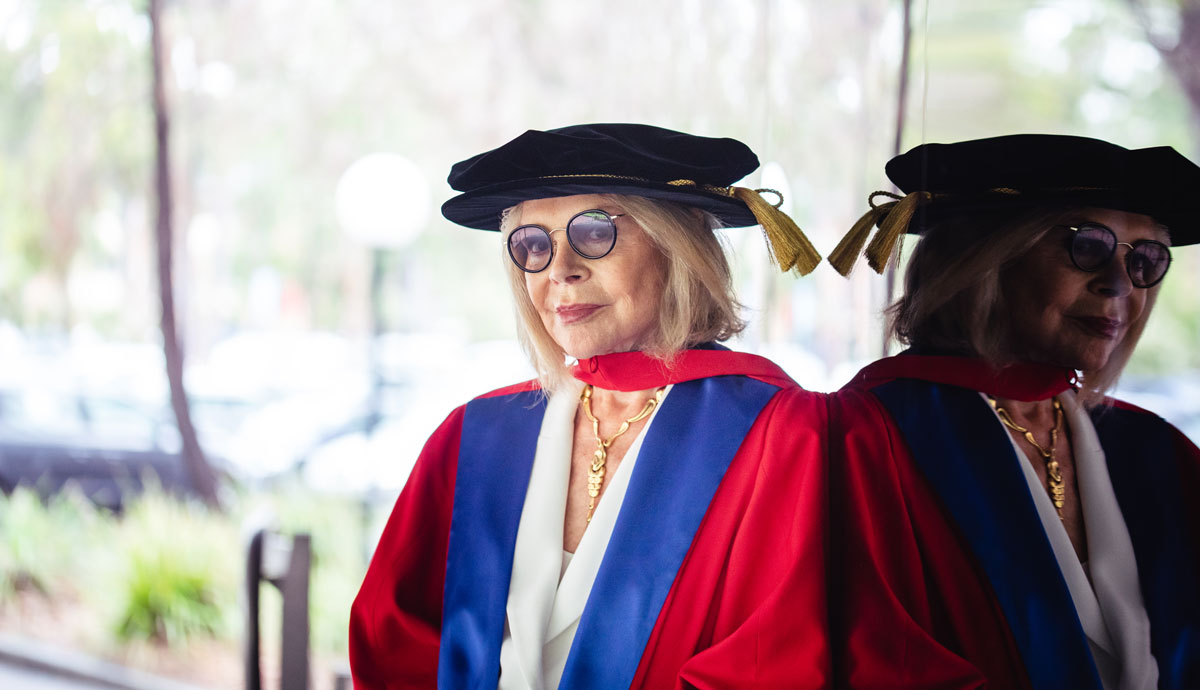 Ms Zampatti’s drive and resilience is also inspired by her passion for design and style. She loves what she does, but said the hard work demanded by the industry is often obscured by the glitz and glamour.

“Sometimes people go into fashion and they think it’s all glamorous and it’s all fun, and it is those things, but it is also hard work. Every six months, you have to create something new, something that women want to wear.”

She attributes her longevity – with close to 55 years in the business – to knowing what her customers want, and taking the time to listen to their needs and desires.

Ms Zampatti has been recognised numerous times for her successes. These include being named the inaugural Qantas/Bulletin Businesswoman of the Year, being honoured by Australia Post as an Australian legend, and being awarded the Australian Fashion Laureate.

Her name became so synonymous with style and fashion that she was asked to design the Ford Laser in 1985 and again in 1987 – which she described as a “highlight of her career”.
“It’s the same design mindset. You are creating something beautiful and appealing that women will want to drive.”

She was later chosen as the Chairperson of SBS Corporation, a position she held for 10 years, and was also on the boards of McDonalds and Westfield. All three roles gave her a great appreciation for different aspects of business and paralleled her work in the design world.

“I learned something on each of those boards. With SBS, I learned about broadcasting, which is not dissimilar to the fashion industry. Being on the Westfield board was incredible because it is a massive business with drive and initiative, and I learned a lot about training from McDonalds.”

Despite being in and around fashion for so long, she is still delighted to see women wearing her designs, on red carpets, in the workplace, and on the street.

“I think my success has come from experience, from being a young woman wanting a career and making my own clothes because I couldn’t find anything that I liked. I know what women need, what’s appropriate to wear in a business situation or when going out at night.

“The highlight is dressing women like Nigella Lawson, [author] Jackie Collins, Senator Michaelia Cash, and Princess Mary. And I still get a thrill when I get an email from a client saying that she met her husband, she landed a job, she received an award on stage, while wearing my garments. It’s amazing how many of those emails I do receive.”

When asked what advice she would provide to young women looking to forge their own career in the business world, Ms Zampatti emphasised the need to seize every opportunity and, of course, maintain a strong work ethic, particularly in the face of adversity.

“I have never forward planned, I have just allowed life to happen. When you start something, you don’t know where it’s going to go, so you just need to pick it up and run with it,” she said.

“It’s very important to understand your market. It’s not just one idea that you need to have. You need to have confidence, choose something that you really love to do, and work very hard, then make sure that work is noticed.

“And don’t be afraid to fail. It’s not so bad to fail, because then you know what you’re good at.” 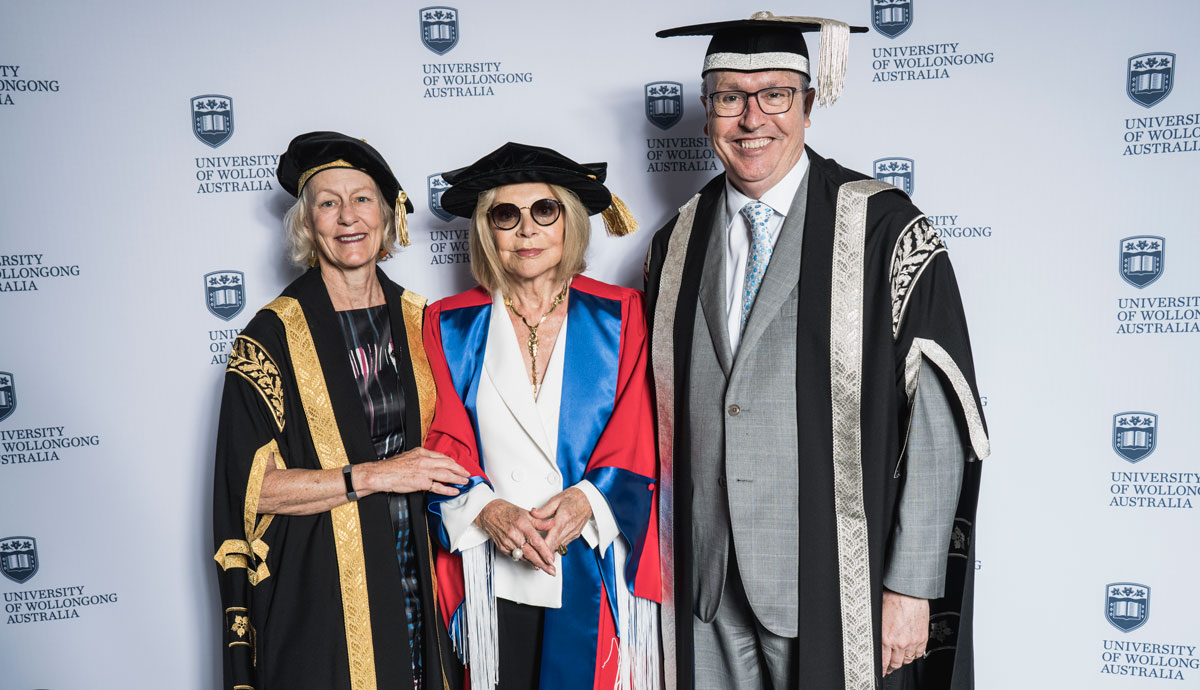