Researchers at the University of Wollongong (UOW) and Australian Nuclear Science Technology Organisation (ANSTO), working with colleagues in Japan, Turkey and Bangladesh, have developed a nanomaterial that can be used to make markedly more effective catalytic converters for vehicles.

Catalytic converters reduce the pollution from vehicle exhaust by converting toxic gases and pollutants to less toxic pollutants, so the research has the potential to significantly reduce the amount of pollution caused by cars and trucks.

In a paper published in Nature Communications, the research team describes how they created porous rhodium (Rh) on a nanoscale. Rhodium is a chemical element commonly used in catalytic converters to reduce nitrogen oxides (NOx) in exhaust gases; making it porous increases its surface area, thereby making it more effective.

Lead author Professor Yusuke Yamauchi, an ARC Future Fellow from the Australian Institute for Innovative Materials (AIIM) at UOW, said the porous rhodium nanoparticles could make a dramatic improvement to air pollution in cities around the world.

Co-author Dr Md Shahriar Hossain, also from AIIM, said the new material could already be used to replace conventional catalytic converters, but the team was looking to develop it further to make it more efficient at converting other pollutants in addition to NOx.

“At this moment, with the conventional catalytic converter we can simply replace it no problem. You can just open the existing filters and put it in - plug and play,” Dr Hossain said.

“Another problem is the conversion releases the carbon dioxide as well, which is very bad, so we also want to stop that. We think we can make a hybrid system that can decompose both NOx, SOx (sulfur oxide), and carbon dioxide, so that is the final target.” 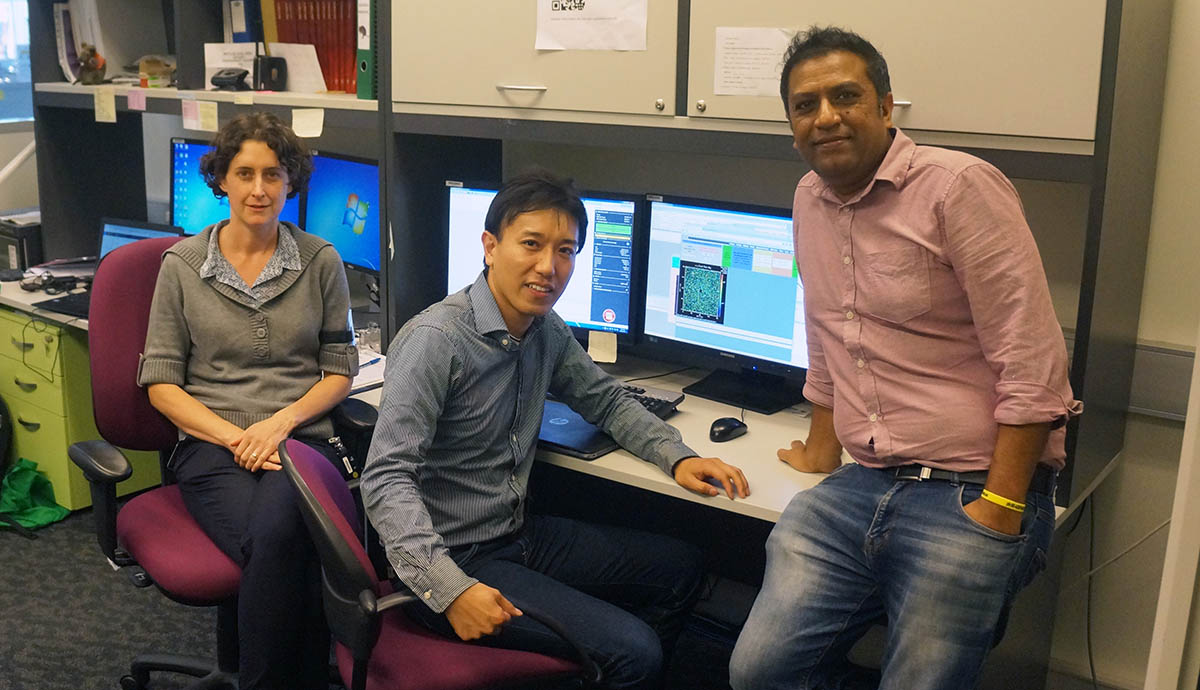 Professor Yamauchi said that because rhodium, a rare metal, was expensive, the team was also looking at trialling different alloys to see if they could be of similar efficiency as converters.

“Iron and copper are very cheap materials so we will test some rhodium-copper and rhodium iron alloys - if we can get the same efficiency with an alloy and at the same time lower the cost of the material then I think it will be more widely adopted,” he said.

Dr Hossain said he believed the technology could play a big role in reducing air pollution around the world, but saw it as being of particular benefit in South Asia and other parts of the developing world.

“In the West, people will be moving more and more to electric vehicles so there won’t be the same problem. But in Bangladesh, in India and elsewhere in South Asia - where already there are enormous problems with smog and air pollution from car exhaust - petrol and diesel engines will continue to dominate for the next 50 or 60 years,” he said.

“This catalytic converter could really solve a lot of problems in that part of the world and we have recently started the collaboration with Bangladeshi researchers.”

The team is collaborating with researchers in Bangladesh, through partial funding support from World Bank, to test this technology there in the agriculture sector. Co-author Professor Md Tofazzal Islam, a plant biotechnologist, is Head of the Department of Biotechnology at Bangabandhu Sheikh Mujibur Rahman Agricultural University.

“As a higher concentration of NOx and SOx in the atmosphere is detrimental for plant and animal health, this discovery indirectly benefits developing countries like Bangladesh for maintaining higher agricultural productivity, which is essential for ensuring the food and nutritional security of this highly populated country,” Professor Islam said.

This work was partly supported by an Australian Research Council (ARC) Future Fellow, the UOW-ANSTO 2016 grant, and the AIIM-MANA 2016 grant. We are also thankful to the World Bank for partial funding of this work through a subproject of Higher Education Quality Enhancement Project (HEQEP).