Proposed alliance between UOW and a community college in Hong Kong

The University of Wollongong (UOW) is currently engaged in negotiations with City University (City U) in Hong Kong, which could see UOW strengthening its position as a global higher education provider in North-East Asia. 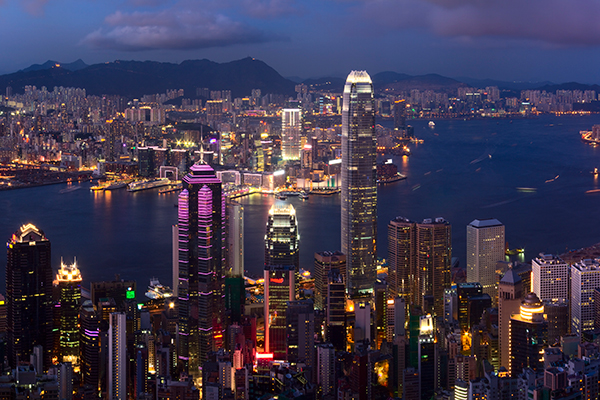 UOW has been identified as the preferred partner by City U, following an international search for a strategic partner to assume stewardship and governance of the Community College of City University (CCCU) and secure its future evolution into an internationally accredited degree-offering institution.

Professor Paul Wellings, UOW Vice-Chancellor said: “We are very pleased to have reached final stages of negotiation in partnership which would see UOW grow its presence in Hong Kong and would provide opportunity for CCCU to expand its program offerings. We have reached a significant stage in negotiations with City U and now look forward to a period of consultation and discussion with all the major stakeholders.”

“We believe there are strong synergies and alignments between current associate degree programs offered at CCCU and bachelor degree programs at UOW, and we are well placed to help take CCCU to the next phase of its development.”

Today’s announcement comes after a global search to find an international partner for CCCU and will be followed by a period of consultation with staff and students ahead of a decision from the Council of City U on whether to proceed.

Professor Wellings added: “UOW actively fosters international links in study, research and business, with established connections throughout the world. We have extensive expertise in delivering educational programs in many regions of the world, and have formal academic collaborations with over 213 institutions globally.”

“We also have a track record of operating in Hong Kong, particularly in the delivery of applied undergraduate and postgraduate programs in niche discipline areas, and look forward to this long-term partnership with City U and CCCU, once the final stages of the negotiation can be completed.”

During negotiations UOW has expressed a commitment extending to CCCU the UOW student experience, which is founded on world-class teaching credentials, active industry engagement and supportive student services and facilities.

Under the proposal, UOW will assume stewardship and governance of the not-for-profit college and enter into a five-year transitional period, during which the college name will not change.

UOW is committed to the CCCU maintaining and enhancing the existing curriculum for current College students, as well as strengthening and expanding opportunities for articulation into top-up degrees, international mobility for optimum graduate outcomes and strengthened industry collaborations.

Principal of CCCU Ms Jennifer Ng, said: “CCCU is now ready to move forward to the next level. Combining CCCU with UOW’s capabilities in developing high quality education programs, the College's academic strengths can only thrive and reach new heights.”

Professor Joe Chicharo, UOW Deputy Vice-Chancellor, International, added: “We welcome the opportunity to partner with CCCU, an innovative and vibrant institution with highly ranked programmes and high student articulation rates. With our proven success in developing transnational education programmes across Australia and around the world, UOW is well placed to help CCCU realise its full potential of ultimately becoming a degree granting university. The alliance would also further UOW’s strategic goal of establishing a substantial presence in Northeast Asia, thereby broadening the reach and profile of UOW as a global provider of higher education.”

Notes to media: UOW is unable to comment further on the detail of the partnership, ahead of the consultation and negotiations being finalised.

The Community College of City University (“CCCU”) is recognised as a premier college in Hong Kong providing quality tertiary education for nearly 6,000 students. CCCU offers a wide range of Associate Degree (AD) programs and International Language Proficiency Tests with preparatory courses. Its AD programs are designed to complement a core area of specialisation with substantial components in generic skills and general education, which prepare students for senior years of university education and employment as well as nurture their personal development.

With about 200 well qualified and dedicated staff, CCCU is highly regarded for its rigor in quality assurance and its emphasis on holistic education.  Significant resources are devoted to devising a rigorous curriculum and arranging overseas study tours and short courses, internships, and career exposure and mentorship programs that facilitate the intellectual development of students.

The majority of graduates progressing to undergraduate programs have been able to articulate into senior-year places (inclusive of self-funded programs) offered by University Grants Committee (“UGC”) institutions in Hong Kong.  Positive feedback from employers who offer placement opportunities and internships affirms the role CCCU plays in the education, career development and personal growth of our students.

About the University of Wollongong

The University of Wollongong (UOW) is globally ranked as one of Australia’s best modern universities and currently sits among the top two per cent of universities in the world.

UOW has built an international reputation for world-class research underpinned by the University’s strong partnerships with industry, a multi-disciplinary approach, as well as world-class facilities. It has a exceptional record for teaching quality evidenced by a five-star status for its ‘educational experience’ and ‘graduate outcomes’.

UOW has a strong international focus and reputation, and attracts close to 6,000 international students each year to study at its Australian campuses.  It has operated the University of Wollongong Dubai (UOWD) in the United Arab Emirates for more than 20 years.  There are currently more than 4000 students undertaking undergraduate and postgraduate degrees at UOWD.