In the lead up to International Women’s Day on March 8, each day the Global Challenges Program is profiling one of the many brilliant women we work with to celebrate their contribution to knowledge, and to celebrate all women who have contributed to creating a better, more equal world. 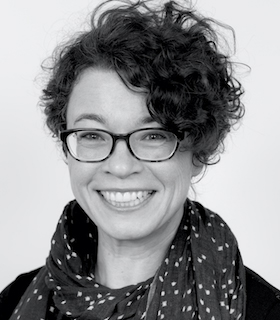 Dr. Nicole Cook is an urban geographer researching the capacities of communities, residents, business and government, to foster resilient and equitable housing in cities and suburbs.

She is involved with the Global Challenges supported Urban Worlds project, which aims to chart citizen’s lived experiences of dense urban worlds, drawing on resident’s experience of intensification of housing and infrastructure, while highlighting opportunities for local government in densifying suburbs.

What does it mean to you to be a female academic, and as a part of the Global Challenges Program?

Through the efforts of diverse activists and advocates of women’s rights, and the work of women in the academy, being a female researcher means having more opportunities to participate in more ways in the generation of knowledge. However, being a female researcher/academic means negotiating a national research culture that produces almost three times as many male applicants as female applicants. There are reasons for this, and it is easy to generalise, but imagine a world in which three in every four contestants on Masterchef were men; or where three in every four drivers on the road were male.

Although in many ways Australian social norms have improved, participation in Australian national competitive grants system still suggests a myriad of everyday practices, both within and beyond academic worlds, that provide disincentives for women to pursue research careers. One of the most rewarding parts of my job is designing, planning and executing research and building research teams and partnerships. Being part of the Global Challenges program allows me to use and develop my skills in this area and to engage in the challenging, exciting process of apprehending the world and its processes.

Why are more women needed in this space and why should more women become researchers?

This is an interesting question. My first thought is whether women should have to present themselves as having something ‘unique’ and ‘special’ in order to be in a professional space? The work of justifying one’s presence seems to burden some groups (not only women) more than others. However, whenever understanding and knowledge tends towards a singular perspective a whole set of limits and blindspots are also produced.

Knowledge generation becomes limited, and this is perhaps most obvious in the gender bias through which much research is filtered. But our perception of who does research; and how we research also becomes limited. We don’t know what a research space with equal or majority female participation looks like. Women are certainly one of a myriad of groups who can bring diversity to the national research space but I’d like to keep open the possibility that nurturing this diversity is important without also creating the burden to justify their presence for bringing something 'special' to professional life. This goes for all people who are not represented in research participation. As for why women should do research: it's exciting, risky and productive; it contains the seeds of change; it enriches life with conversation that matter and begin to shape the way we think and act in the future.

What makes you passionate about your research area?

Research is a world that I have had my sights set on for a long time because it requires pausing to really examine a problem and the world around us. I am passionate about my research because it helps to envisage more equitable, resilient and locally situated cities, suburbs and regions. It produces new understanding about how patterns of path dependency (e.g. fossil fuels, house price appreciation, unaffordable housing, unsustainable housing) become embedded, and how new innovations might also take hold. Within that, I’ve always been interested in the built environment, housing and people - everything outside (and sometimes just on) my doorstep.

What does “Each for Equal” mean to you? What do you think needs to be done to ensure this?

Most women actively 'campaign' for gender equity everyday in their lives. But I think this is an organisational question as much as a matter of individual responsibility. These individual activisms would go much further if our organisations had a strong and unequivocal material commitment to enriching diversity at work. Other everyday acts are to provide support to the women in your/our lives. Reading women’s work, citing it, engaging with and discussing it, creates the space to listen to a rich diversity of voices

Do you have an achievement in your career that you are most proud of?

I was fortunate as an early career researcher to lead a national research project around housing, community participation and urban development. One of the aims I had set in this project was to build a collaborative research network spanning academic, industry and government participants. Through ongoing communication of project design and outcomes, the work contributed to policies that aimed to generate greater equity for residents in shaping neighbourhood change.

This work was subsequently acknowledged by our funder as a leading example of housing and urban research collaboration underpinned by values of social justice and engagement. These values are also critical in our Global Challenges seed grant with local planning and housing authorities in NSW. It is the recognition that our research is useful and applicable that for me, generates a sense of pride in the work our team develops and produces.

It must have been about 2013 that every morning I would get a coffee and the Australian newspapers would be running another headline attacking Prime Minister Gillard. Regardless of your politics, or views about Gillard's leadership, it was impossible as a woman not to feel the panic that her leadership instilled among the male media empire builders. The reaction of the media and the opposition at the time sent a clear message to Australian woman that they could be anything they wanted provided they agreed to negotiate the banal misogyny of Australian media and political life.  The attacks on Gillard may have been relentless but as the Anne Summers' lecture 'Her Rights at Work' painstakingly revealed, they were the tip of the iceberg in terms of what she personally endured. When Gillard told the Parliament she would not be lectured by the leader of the opposition, I think many women (including me) felt inspired.

I have so many more examples - and each one deserves much more than a paragraph - I think inspiring women are really all around me. I feel their presence in my day to day life all the time.