Paying the gift of opportunity forward 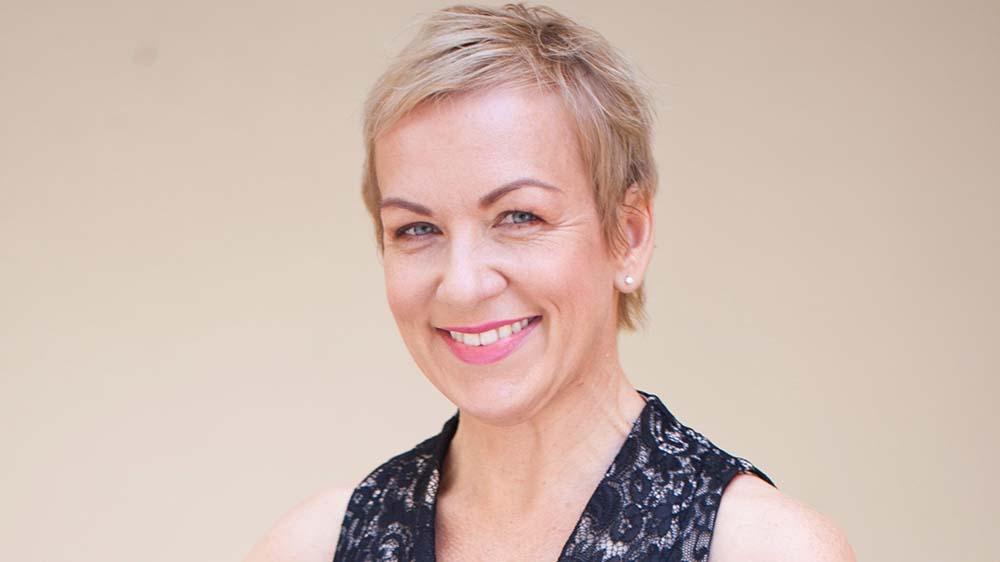 When Doris Matlok joined UOW’s then newly established Bachelor of Laws program thirty years ago, it signalled the beginning of what has thus far been a thrilling ride.

“It was an amazing time; there was this sense of breaking new ground,” Matlok recalls.

“Professor Jack Goldring was Dean and he had an incredible vision for the school, built around the Socratic method of really challenging your thinking and the way you process and present an argument. It was such a different way of learning and developing that stood us apart from the more traditional sandstone universities and set me up well in my career path.”

Matlok thrived among the small and diverse cohort, which – also in contrast to more established university law schools – included numerous students who were female, mature-age, and from lower socio-economic and public school backgrounds. She was among the first proud group of six students to graduate in 1993.

Since then, Matlok’s career has been anything but linear. Basing herself in Sydney, she spent two years as a lawyer with DLA Piper then five years drafting legislation for the NSW Parliamentary Counsel. She returned to the private sector for six years as National Knowledge Manager with top-tier firm Blake Dawson, now Ashurst, before an opportunity to live and work as a Knowledge & Technology Manager in Dubai saw her shift gears once again.

What was to be two years in the Middle East became ten. The bulk of this time was spent in the regional head office of leading global technology company ABB, where she was involved in diverse, high-profile legacy projects, including the first 400-kilovolt power station for a solar plant in Dubai and a solar plant for Chevron in Kuwait. Matlok describes her time there as life-changing.

“It was a very different environment and culture, and I embraced that and grew so much as a result. It was an extraordinary experience. My message to younger lawyers is always to be curious. Grasp an opportunity when it presents itself and explore the potential of what you can do and learn.”

Matlok returned to Australia in 2017, staying with ABB a further two years before taking up a role as Principal Legal Officer for the Department of Regional NSW. It’s a dynamic role at the legal helm of crucial, often controversial matters, including water licences in the Murray Darling Basin, bushfire recovery and the wild dog fence.

“Every day, there’s always something new coming into your inbox bringing fresh challenges to work through. It’s always mentally stimulating and has been another incredible experience.”

Matlok has a side gig. Fuelled by a passion for helping others realise their best selves, she is nearing the final stages of training to be a life coach and has just authored her first book, DARE to be Awesome: How to Design the Life of Your Dreams One Habit at a Time.

“I’ve always been fascinated by good habits and how we form them – eating well, exercising, saving money, getting enough sleep, all those things that we know we should do – and that’s the focus of the book. I’m looking to move into a space where I can help people with that through my book, coaching and online courses.

“It’s scary but exciting at the same time,” she adds.

She recently resigned her role with the Department of Regional NSW to work in legal contract roles for Plexus while building her side gig into a profitable business.

Today, in the midst of a varied and successful international career, one eye on her exhilarating plans for the future, Matlok looks to have a world of opportunities at her feet. But that wasn’t always the case.

“I grew up in the Illawarra, and after my father suddenly passed away, my mother was left to raise myself and my two brothers with whatever we could manage just to survive,” shares Matlok.

“I wanted to pursue a career where I would never again have to worry about where the next meal was coming from. And that’s part of the reason why I want to be able to give back to students who may be in a similar circumstance where, through no fault of their own, they don’t have access to opportunities to pursue a career in law if that’s what they genuinely want to do.”

Matlok has mentored several young law students, primarily women, to develop their skills and confidence as they establish their careers. Last year, she approached UOW to establish a financial bequest to support disadvantaged UOW law students. As the discussion evolved, she decided she didn’t want to wait until long into the future to start making a difference.

“I wanted to leave something meaningful, but thought, why do I have to wait until I’m dead to do something? So, we established a scholarship in my lifetime alongside the provision in my will to provide for ongoing future scholarships.”

The Doris Matlok Law Scholarship supports first-year UOW Law students experiencing financial hardship and other educational disadvantages. One $5,000 scholarship will be awarded annually, and recipients must originate in the Illawarra and share a passion for giving back to their community. The inaugural recipient will be conferred in Spring 2021, and Matlok is energised by the prospect of continued engagement with the process and its beneficiaries.

“Law school sets you up to rigorously challenge, question and analyse everything, and that can open up so many incredible pathways and experiences. I’m very much looking forward to helping young lawyers into the future to explore and realise the potential of what they can do.”