A father’s commitment to a cause close to his heart 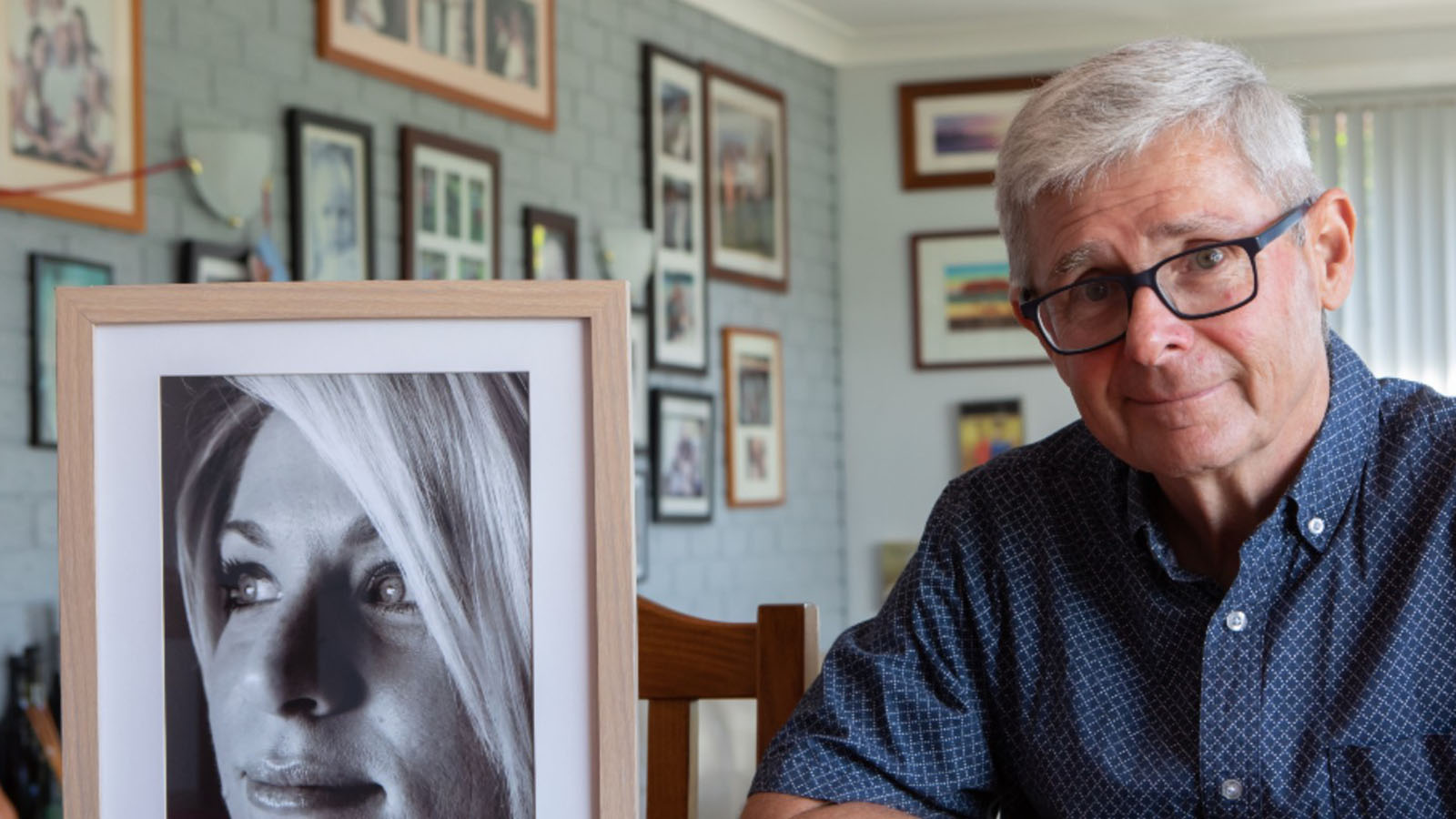 Bulli’s Michael Crowley remembers clearly the night in 2013 when his daughter, Sharn, told them she had been diagnosed with motor neurone disease (MND).

“Her specialist told her to make sure her family didn’t Google the disease and, of course, that was the first thing I did when she left,” Mr Crowley recalls.

“I got a hell of a shock to realise I’d be literally watching my daughter die slowly over a number of years.”

It could have gone horribly downhill from there, but, with great courage and determination, Sharn McNeill, then 30 and a nurse with a UOW Bachelor of Nursing degree, chose to fight to help defeat a disease that affects about 2000 people in Australia. Sharn had a particularly aggressive form of MND that slowly steals away the ability to move, speak, swallow and breathe.

In a 2014 speech she delivered to the St John Bosco Parish at Engadine – her old high school stamping ground – she said: “I chose to accept it, to own it, and to take action on it – this way I’m back in control of my own life.” And take action she did. Through her busy speaking and fundraising engagements, she became the bright, beaming face of hope and determination right up until her death in July, 2019.

He decided this was the perfect fit because Professor Yerbury and Sharn shared a fierce sense of purpose.

Professor Yerbury also has MND and had met Sharn a number of times. Acknowledging Mr Crowley’s legacy, he wrote that, without this sort of community generosity, “we would not be able to do the work we do.”

“Sharn was a strong, selfless woman who had a real passion for living life to the fullest. I really admired that about her,” he said.

Asked what he seeks in his PhD students, Professor Yerbury replied: “I look for passionate and dedicated people…students are important to the team because I learn something different from each person who trains with us.

“We have a close-knit team who share the same values that Sharn exuded. Finding a cure for a complex disease like MND is a challenge and chipping away at it can be rewarding.”

Looking back, Mr Crowley says he first noticed something was wrong when Sharn, a usually brisk walker, started dragging her right foot during one of their morning walks.

Although the diagnosis that followed was devastating, Mr Crowley says Sharn’s remarkable attitude filled her family with pride.

In 2014, Sharn became the first person outside the USA to receive the Beacon of Courage Award from the Brain Mapping Foundation in recognition of her efforts to raise awareness about neurological disorders.

“The moment I will always treasure occurred that same year watching her and members of her incredible support team walk that last 100 metres of the Cairns Ironman after she had endured about 16 hours of gruelling toil – it was something she had always wanted to do,” Mr Crowley says.

“She was a person who thrived on goals, or as she put it ‘chasing rabbits’.” 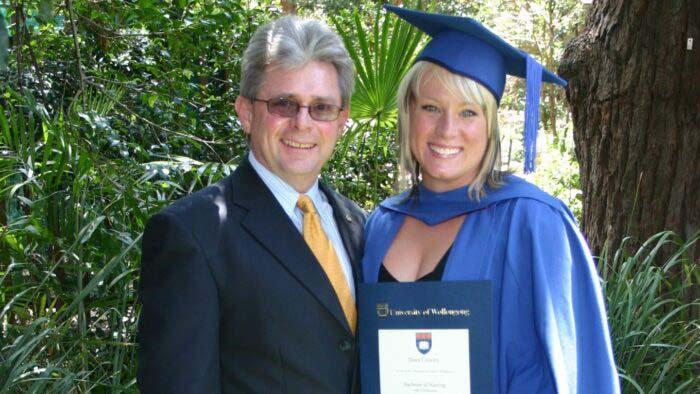 Despite the toll the disease was taking, Sharn fought to remain visible even if it was only to cheer on fundraising challenges such as the annual Firies Climb for MND when firefighters climb all 1504 steps of the Sydney Tower.

And privately, says her father, she was just as caring, particularly when asked to counsel others struggling with MND diagnosis.

Mr Crowley retired early so he and his partner, Krys, could support Sharn and her husband, Russell, as her condition progressed and her muscles and joints weakened to the extent her shoulders often dislocated causing severe pain. 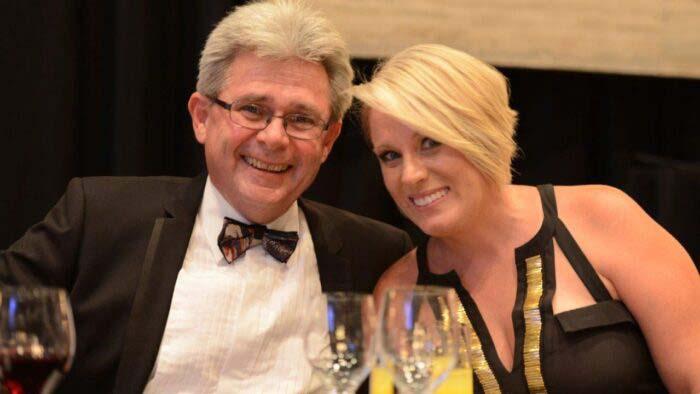 “Sharn never complained. She’d say to Russell, ‘put them back in and give me two beers and two Endone’,” Mr Crowley remembers with a smile.

One of Sharn’s final wishes was to have a family gathering including siblings – Matthew, Lindsay and Jarrad – and other close family members at her father and step-mother’s house across the road from where she lived.

“She had a ball that night because they always had lots of laughs and it was great to see,” Mr Crowley recalls.

Two nights later, Sharn died peacefully in her sleep. At her funeral, students from St John Bosco High at Engadine who had heard her speak a few years earlier, lined the street outside the church in her honour.

Mr Crowley says the primary purpose of his bequest is to establish a fitting legacy for his daughter, but he is pleased it will also financially help selected students throughout their PhDs and hopefully contribute to a MND breakthrough.

“I’d like more people to think along these lines because our children and grandchildren will be better off if a portion of our estate is gifted towards an institution that is helping the wider community.”