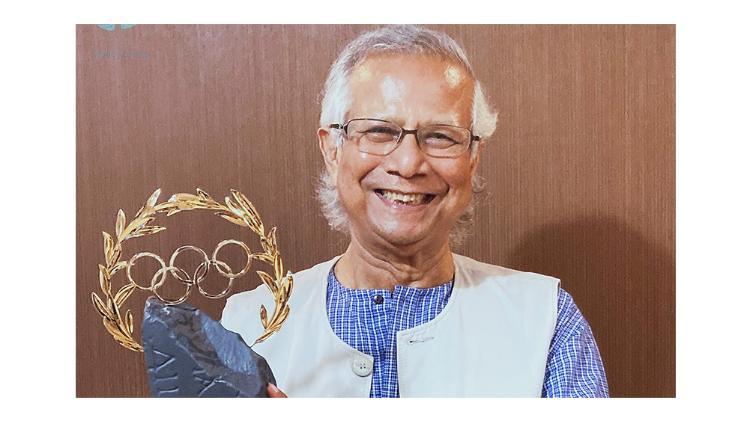 Proudly presented by the Faculty of Business and Law.

Nobel Laureate Professor Muhammad Yunus is the founder of Grameen Bank, pioneering the concepts of microcredit and social business, founding more than 50 Social Business companies in Bangladesh. For his constant innovation and enterprise, the Fortune Magazine named Professor Yunus in March 2012 as "one of the greatest entrepreneurs of our time." At the Opening Ceremony of the Olympic Games Tokyo 2020 Professor Yunus was conferred with the Olympic Laurel award for his extensive work in sports for development, bringing the concept of social business to the sports world.

In 2006, Professor Yunus and Grameen Bank were jointly awarded a Nobel Peace Prize.