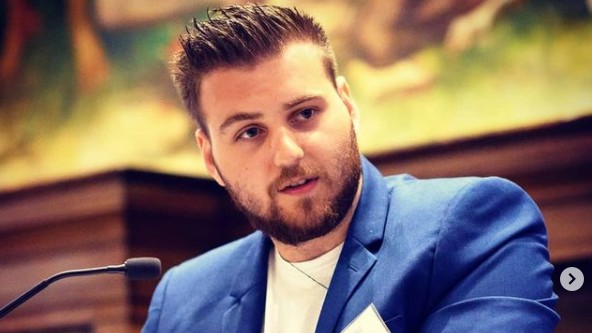 Joshua MacLeod is a proud Boorooberongal - Dharug man with strong ancestral connections to the Richmond area. He was born and raised on Dharawal land in Shellharbour, where he enjoyed living by the ocean. In 2016, Joshua was accepted into a Bachelor of Indigenous Health at the University of Wollongong, gaining entry via Early Entry. However, he always had a passion for electrical engineering and decided to switch degrees.

In order to change to a Bachelor of Engineering, Joshua had to sit the Indigenous Admissions Program (IAP) exams and complete an interview with a Woolyungah staff member and a faculty member from the School of Engineering. After completing that process, Joshua successfully gained entry into his degree and enrolled in ITAP tutoring, Josh says that he enjoyed the one-on-one tutoring and believed it was instrumental to getting through the first couple of years at uni.

Immersing himself in the university experience was a highlight for Joshua. One way of doing this was going to the UniBar at the end of the day to meet up with friends, either just to have a beer or attend the various events. During his degree, he formed new friendships through classes and engineering activities that have remained strong even after graduation. Having a good social group made the university experience better, mainly because they were all studying for the same degree and could support each other with coursework.

Like most students, one of the more challenging aspects of studying was group work. Despite the challenges of working and studying full time, Joshua knew all his hard work had paid off was when he finally received the email confirming he had graduated.

Joshua volunteered with the Australian Indigenous Mentoring Program (AIME) during the first two years of university. He found it incredibly rewarding to connect with deadly young Aboriginal people and encouraged them to see their potential, whatever their dreams may have been.

He was fortunate to have received an internship position with WSP Australia since the beginning of his degree. This helped him remain career-driven throughout his studies, especially when times were tough. Now that Joshua has graduated, he plans to continue working for WSP Australia as a graduate Electrical Engineer.

To any students beginning their degree, Joshua says be prepared for the heavy workload, especially during the final years, as it can be hard to balance a healthy lifestyle. Therefore, having a solid support network is critical to protecting your mental health. Surrounding yourself with the right people will make a world of difference when times are tough.