2021 officially begins at the centre with our Welcome2Wic event

WIC held its Welcome2WIC event in the first week of this session. 2021’s commencing and returning students alike gathered at the centre for a welcoming ceremony, which featured a smoking ceremony performed by guest Jade Kennedy.

Once the fire pit was set up, the ceremony got underway with a smoking to prepare students to undertake their studies for the year, and welcome them into the new environment.

“In terms of the smoking ceremony particularly, the role of that custom is to remove bad spirits that are sitting within the individual and thereafter allow them to be clean,” Kennedy said.

“The act of smoking is the way in which we remove these things through the medicines that are present within the leaves that we’re using.”

After the smoking, WIC Director Jaymee Beveridge also welcomed the students to centre with an introductory speech.

Then WIC staff took turns sharing their visions for 2021 with students. These visions were the staff’s hopes for the year and the things they wish to see happen over the course of the year. For Taylah Wicks, hers was for connection.

“Because of the isolation last year from Covid, my hope for this year is for more connection. Not just physically in person but in all aspects of life,” Taylah said.

The visions were followed by a lunch for students in the courtyard. 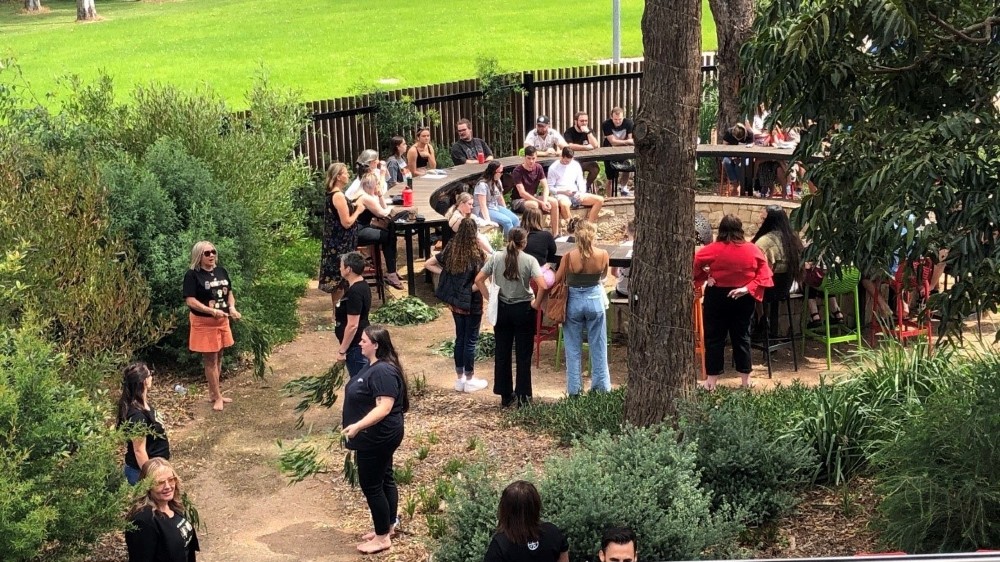