Robin Warner reflects on third chapter of an extraordinary career

Having the opportunity to work in academia has been a “luxury” for Professor Robin Warner.

Her career at the Australian National Centre for Ocean Resources and Security (ANCORS) at the University of Wollongong (UOW) was, essentially, a third act in a long, distinguished career as a lawyer.

After finishing her PhD in Law at the University of Sydney, Professor Warner was offered a position at ANCORS by Director Professor Stuart Kaye, a colleague from the Naval Reserve.

“That was the icing on the cake for me,” Professor Warner says. “It felt like such a luxury. Before then, I had been working in situations where my work was dictated by whatever was on the political agenda or whatever the minister needed. In Defence too, I was always working to the current requirements or agenda. Having the opportunity to pursue my own research interests, to work on the law of the sea, was fantastic.”

At the end of 2020, Professor Warner made the decision to take early retirement from UOW. Now, she is being recognised with an Emeritus Professorship, in honour of her immense contribution to research and to raising the profile of ANCORS on the international stage.

“I am extremely humbled and honoured to be an Emeritus Professor,” she says. “I never thought it would come my way, particularly as I didn’t start my career as an academic.”

Professor Warner’s career has been defined by immense achievements and experiences that have seen her rise to the top of her field, across three distinct industries.  The thread that runs through it all, however, is her love of the sea.

It was forged in childhood, growing up in Hunters Hill, a peninsula on Sydney Harbour, where Professor Warner and her family would spend hours exploring the water by yacht. Her family was steeped in the traditions of the sea, stretching back to her paternal grandfather.

“I have always been interested in the sea,” Professor Warner says. “It’s part of my family background. My grandfather came from Hull in Yorkshire, and was a merchant seaman in both World Wars. He died when I was seven, but he had a profound influence on me and spurred my desire to travel the world. He was a very early influence on my passion for international work.

“The sea was in my blood. I thought, how can I combine that with the law?”

Professor Warner’s father, who understood her passion, encouraged his daughter to pursue a career in law, that would enable her to remain connected to the ocean.

“He knew of a woman called Judy Horobin (nee McKenzie), who was the first female legal officer in the Navy, and she came from Ryde, just down the road from us. He thought it would be great if I could do something like that.”

Upon finishing her double degree in arts/law at the University of Sydney, Professor Warner indeed joined the Royal Australian Navy. It was not a traditional legal career but it was one that was much more appealing than joining a solicitor’s office or the courts.

A specialist in international law, Professor Warner would spend two decades with the Navy, rising to the rank of Captain within the Legal Branch. She held a number of posts, including the ADF’s Director of International Law, in which her efforts did much to highlight the fundamental importance of international law to operations.

The role took her around the world and placed her on the frontline of a number of international events, including a deployment to East Timor.

“If I look back on my defence force career, being in East Timor was an incredible time. I was still in the Navy, and I was there during the United Nations phase, when there was a transitional administration in power. I was drafting the legislation to form the new East Timor Defence Force. It was fascinating, because it involved work with a group of people who had been guerrilla forces, and they were transitioning to become a disciplined defence force for their new country.” 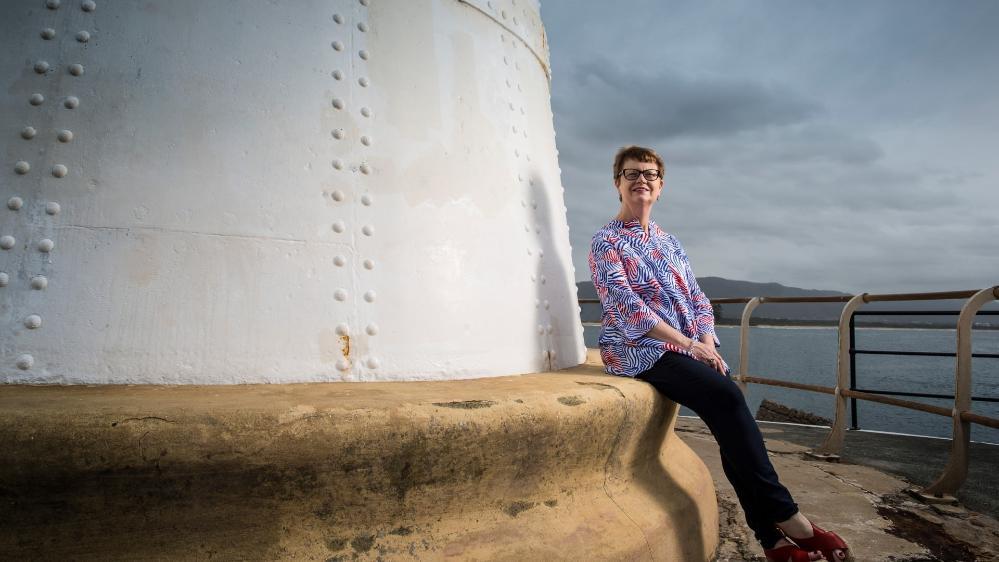 During her time in the Navy, Professor Warner also had the opportunity to spend two years on exchange in the United States Navy, based at the Pentagon.

It was an incredible experience, she says, and one that opened her eyes to how important the marine environment would be to international law going forward.

“The Pentagon was like a city. There were about 25,000 people in there every day. It was amazing how much history is part of that building.

“I was stationed in the international environmental law team. At that time, our legal team in the Australian Navy was about 20 people, but the US Navy had the JAG [Judge Advocate General’s Corps], a 900-strong team of lawyers. They were quite focused on the marine environment at the time I was there, in 1991 and 1992, preparing for the Earth Summit in Rio de Janeiro, but it wasn’t something the Australian Navy was focused on at all.

“I had so many incredible opportunities to engage with all the different parts of the US defence complex, like the Marines, the intelligence community, the Joint Chiefs of Staff. It was a really interesting time.”

After her time in the Navy, Professor Warner joined the Australian Government’s Attorney-General’s Department, where she was appointed an Assistant Secretary of the International Crime Branch. She spent five years in the department, during which time she also completed her PhD, before deciding to pursue a career in academia.

Professor Warner says much of her career was spent in male-dominated arenas, particularly in the Navy. Her time at the Pentagon, in particular, opened her eyes to the achievements of women in the US Navy, where women were much more prominent than in Australia.

“I came back with a renewed confidence,” she says.

Looking back though, she reflects that there were many times when it was difficult being one of a handful of women. In light of the recent revelations about the treatment of women in politics, Professor Warner says she spent many years dealing with the repercussions of an “extremely male-dominated organisation” in the Navy but also in the law as a whole.

“I was recently chatting with some friends who are about my age, one of whom is a teacher and the other was a nurse, and we all had similar stories about our experiences. I remember going for a job at a law firm in Sydney in 1987. I had had one child then, and one of the partners told me in the interview that they did not know if they could keep me on if I had a second child. Needless to say, I didn’t take that job.

“Things changed after the Sex Discrimination Act was passed in 1984, but change was very slow. In many ways, it was easier to be in the government than to be in a private legal firm in those days.

“Things are much better now, but there is still a way to go.”

Professor Warner has always been fascinated by different countries and cultures. Joining ANCORS gave her the opportunity to explore her passion for the law of the sea on an international scale, in both research and policy.

She was instrumental in campaigning for a new United Nations treaty that covers the marine areas beyond a nation’s 200-nautical mile Exclusive Economic Zone (known as areas beyond national jurisdiction).

“Decades ago, not many people ventured out on to the high seas. But as the 20th century progressed, human impacts on the ocean as a whole have become greater. There have been advances in scientific knowledge on marine biodiversity, advances in technology so we can now access the deep sea, and there’s a need to access these routes for trade purposes,” Professor Warner says.

“The ocean is a natural focus for collaboration among countries. We’ve all got to work together to protect the oceans and their resources and biodiversity."

In her role as Deputy Director at ANCORS, Professor Warner has been an outstanding legal educator and researcher, and has helped to guide many students throughout their postgraduate studies. In 2009, she authored Protecting the Oceans Beyond National Jurisdiction: Strengthening the International Law Framework, a seminal book in the field, and has published in many national and international journals on the law of the sea. Her focus, in particular, has also been on the relationship between climate change and the oceans.

Retirement, however, does not mean that Professor Warner is stepping back altogether. She is now an Honorary Professorial Fellow, and will continue to supervise a number of PhD students as well as work on the Global Challenges research project Blue Futures, which is  close to her heart.

However, she is looking forward to spending more time with her family, including her young grandchildren, and hopefully travelling again once the world opens up.

“Travelling is the spice of life. I love the variety and getting to know different cultures. In particular, I love exploring different seascapes,” Professor Warner says.

“I want to get to know my grandson and granddaughter better, and see more of my friends. I am still interested in ocean affairs but I want to have less of a focus on  full time paid work as a central part of my life.

“UOW is such a wonderful institution and I feel so privileged to have been a part of ANCORS, and to have seen it grow into a leading institution in ocean affairs and policy. There is really no other institution like it in the Southern Hemisphere.”