Climate change-driven redistribution of key commercial tuna species will deliver an economic blow to the small island states of the Western and Central Pacific and threaten the sustainability of the world’s largest tuna fishery, a major international study has found.

The study combines climate science, ecological modelling and economic data to provide a comprehensive analysis of the impact of climate change on Pacific tuna stocks and on the small island states that depend on them. It is published today (29/30 July 2021) in Nature Sustainability.

A consortium of institutions and organisations from across the Pacific, North America and Europe contributed to the research, including the University of Wollongong, Conservation International, the Pacific Community (SPC), the Pacific Islands Forum Fisheries Agency (FFA), and the Parties to the Nauru Agreement Office (PNAO).

The 10 island states of the Western and Central Pacific – Cook Islands, Federated States of Micronesia, Kiribati, Marshall Islands, Nauru, Palau, Papua New Guinea, Solomon Islands, Tokelau and Tuvalu – are so reliant on their tuna fisheries for economic development and food security that they are considered “tuna dependent”.

The management of most of the Islands’ tuna fisheries through a cooperative agreement has been a sustainable development success story over several decades, providing reliable and much needed revenue for development while preventing the depletion of fish stocks through overfishing.

Around half of the world’s tuna catch comes from the waters of the Western and Central Pacific, and for those 10 small island states, fishing fees from industrial fishing fleets to gain access to their waters account for an average of 37 per cent of all government revenue (ranging from 4 per cent of government revenue for the relatively large economy of Papua New Guinea to 84 per cent for Tokelau). 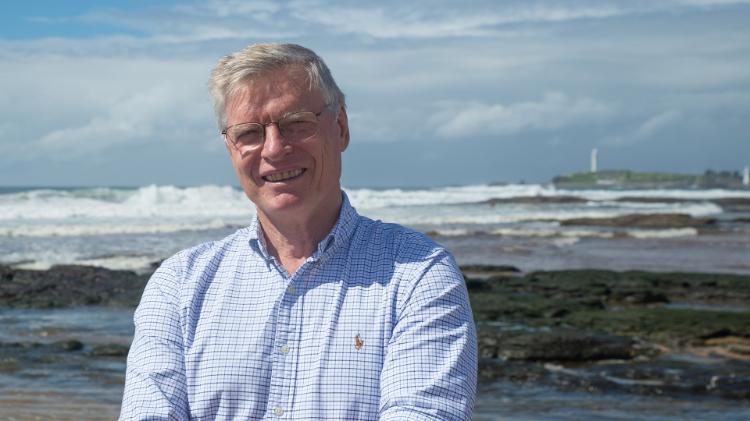 “Currently, these tuna stocks are found largely within the waters of the 10 island states. However, under climate change, they are projected to shift eastward, progressively moving out of sovereign waters and into the high seas,” Dr Bell said.

“By 2050, under a continued high greenhouse gas emissions scenario, the total biomass of skipjack, yellowfin, and bigeye tuna in the waters of the 10 states could decline by an average of 13 per cent as a greater proportion of fish move into the high seas.”

The potential implications for Pacific Island economies in 2050 include an average decline in purse-seine catch of 20 per cent, a loss in regional tuna-fishing access fees of up to US$140 million, and reductions in government revenue of up to 17 per cent for individual Pacific Island states.

“The greenhouse gas emissions of these small island states are negligible and yet they are among the most vulnerable to the impacts of climate change,” Dr Bell said.

“Many of the island states have very few opportunities to earn income other than from their tuna resources, which are expected to move from their jurisdictions due to ocean warming. This is a climate justice issue that should be raised at the United Nations Climate Change Conference in Glasgow later this year.”

Associate Professor Quentin Hanich, a Pacific Ocean governance, fisheries management and marine conservation expert from UOW and a co-author of the study, said there was also much that could be done at a regional level.

“Pacific Island states can negotiate through the regional fisheries management organisation to retain the benefits they receive from tuna, regardless of the future distribution of the fish,” he said.

Study co-author Assistant Professor Katherine Seto, from the University of California Santa Cruz and a Research Fellow at ANCORS, noted that as more tuna move into the high seas, beyond areas of national jurisdiction, they become vulnerable to overfishing.

“Preventing overfishing, and ensuring compliance with fisheries management measures, is more difficult outside the exclusive economic zones of the island states because the sole responsibility for compliance rests with the states that flag the fishing vessels, often resulting in self-regulation,” she said.

The research received funding from the Moccasin Lake Foundation and the GEF-funded, World Bank-implemented Ocean Partnerships for Sustainable Fisheries and Biodiversity Conservation, a sub-project of the Common Oceans ABNJ Program led by UN-FAO, the European Union’s Horizon 2020 research and innovation programme COMFORT, and the Nippon Foundation Ocean Nexus Center at the University of Washington Earthlab.