Making the shift from conventional agriculture starts a personal journey to a new way of farming, study finds

Regenerative agriculture shows promise as a way to improve depleted soils while contributing to climate change mitigation and adaptation – including making farms more drought resistant – and maintaining the productivity and profitability of farm businesses.

For the farmers who take it up, however, transitioning from conventional to regenerative agriculture can be challenging, in personal, political and practical ways.

The researchers, Associate Professor Nick Gill and Dr Michelle Voyer from the University of Wollongong and Dr Hannah Gosnell from Oregon State University, who led the study, looked at the experiences of 28 farmers on properties in the wheat sheep belt in New South Wales, from the southern tablelands to the central west and up to Queensland.

While previous studies have focussed on the economic and technical challenges of such a transition, the new study looks at the social and emotional journey farmers go on.

“This paper describes and explains the personal satisfaction that accompanies farmers’ transitions from conventional to regenerative agriculture, related to the practice of daily ecological monitoring, which motivates them to continue on their journey. It’s a deep dive into the social aspects of transition,” said Dr Gosnell, Professor of Geography in Oregon State University’s College of Earth, Ocean and Atmospheric Sciences.

“It’s not looking at things like what drives people economically, but rather at some of those subjective aspects, the emotional things that lead people to consider regenerative agriculture and then to stick with it,” said Professor Gill, Deputy Director of the Australian Centre for Culture, Environment, Society and Space in UOW’s School of Geography and Sustainable Communities. 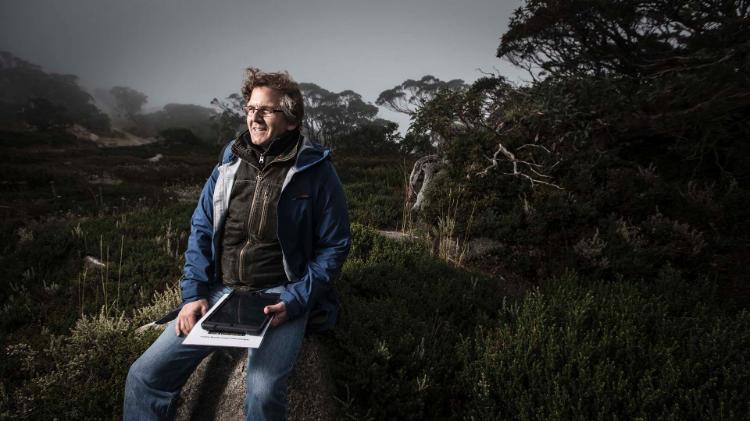 “It doesn't just seek to be sustainable, but seeks to work with natural and farming processes to rebuild soils or grazing systems that have been depleted,” Professor Gill said.

“Regenerative agriculture seeks to mimic natural processes, to work within the limits of natural systems and rely upon natural capital to generate productivity and in the process, repair agricultural ecosystems.”

“They're all commercial businesses. They're in it to make money, so in that sense they’re similar to conventional farmers. They work every day to make a living,” Professor Gill said.

The farmers in the study said they were as profitable as when they farmed conventionally, if not more so, and particularly fared better during bad years, such as droughts. While their properties were less productive, their input costs from chemical fertilisers and pesticides and machinery were massively reduced, as was their debt.

Farmers who transition to regenerative agriculture undergo a “paradigm shift” in their thinking, the researchers found.

“They start to see their land differently and to think about it in terms of its natural capital, the nature of its soil and plants and how that relates to them and their enterprise,” Professor Gill said.

“The farmers I went to looked like your pretty standard idea of a farmer, but talked differently to any other farmers I’ve spoken too. They talk about thinking holistically and ecologically. They talk enthusiastically about their soils and what they're made up of; how they smell, how they look, how they feel. They get excited about dung beetles and worms and the microbiome.”

The researchers found that the social, cultural and emotional aspects of the transition were central to its success.

“It’s hard enough to simply make that first step, but sticking with it is harder still,” Professor Gill said.

“It means going out on a limb socially and culturally. For someone in a farming community, saying there’s a different way to be a farmer means you're going against the grain. They report social pushback, even being ostracised, people getting angry at them.

“They often lose their peer group, and if you've grown up in that farming community then that can be challenging, so you need something to sustain you.

“We found that it’s often those overlooked subjective and emotional aspects of the process that are vital – finding new sources of peer support and emotional support to carry you through and stick with it, because changing your farming system is a massive risk.”

“Transformational adaptation on the farm: Processes of change and persistence in transitions to ‘climate-smart’ regenerative agriculture”, by Hannah Gosnell, Nicholas Gill and Michelle Voyer, is published in Global Environmental Change.

The research was supported by the USDA Forest Service Pacific Northwest Research Station, Portland, Oregon, USA; and the Australian Centre for Culture, Environment, Society and Space, University of Wollongong, Australia.

Locking up kids has serious mental health impacts and contributes to further reoffending What does it take to be heard? Caitlin Turner receives Jack Goldring Memorial Scholarship for commitment to social justice
Close