While West Antarctica and the Antarctic Peninsula are among the most rapidly warming places on the planet, East Antarctica has not warmed in the same way and appeared to have so far escaped the strongest impacts of climate change.

The study, by researchers from the University of Wollongong (UOW), the Australian Antarctic Division and the Australian Nuclear Science and Technology Organisation, found that vegetation in East Antarctica is changing rapidly in response to a drying climate.

East Antarctica, the researchers argue, has become colder, windier and drier due to the combined effects of climate change and ozone depletion.

Starting in 2000, the researchers monitored old-growth moss beds near Australia’s Casey Station. The lush green moss bed at Casey, known as the “Daintree of the Antarctic”, are the largest plant ecosystem in East Antarctica.

Lead researcher Senior Professor Sharon Robinson from UOW’s Centre for Sustainable Ecosystem Solutions in the School of Biological Sciences said that when the researchers began monitoring the moss bed in 2000 they thought any changes they saw would be very gradual.

“We were really surprised when we saw how fast it was changing. After a pilot study in 2000 we set up monitoring in 2003. When we returned in 2008, all these green moss beds had turned dark red, indicating they were severely stressed. It was a dramatic change,” she said.

Looking for the cause of the stress, the researchers found evidence of a drying climate. One piece of evidence was the changing species composition.

When the study began, the moss beds were dominated by Schistidium antarctici, a species that can survive long periods under water, which the Casey moss beds often were during Antarctica’s brief summer. By 2013, many of those areas were being encroached by two other moss species that thrive in drier conditions and are less tolerant to being submerged. 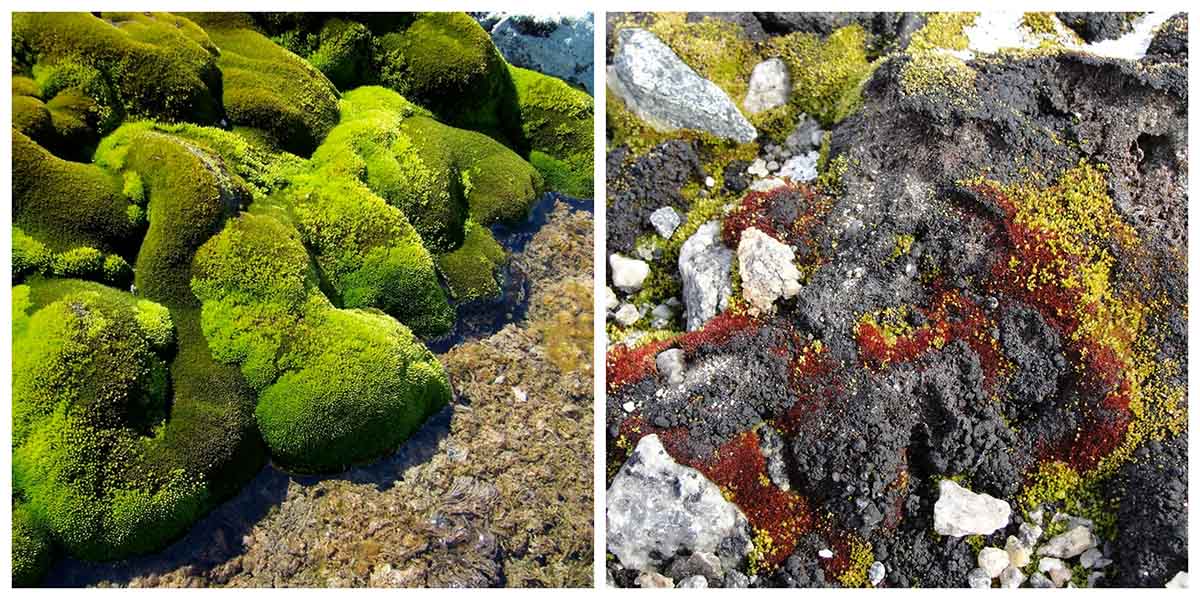 UOW research associate and co-author Dr Melinda Waterman said they also found evidence of drying in the moss shoots themselves, which, like tree rings, preserve a record of past climate.

“When we trace down the moss shoot cores we get these signatures that tell us how wet or dry it was while they were growing. Some of the mosses are hundreds of years old so they give us a really good climate record for this part of Antarctica,” Dr Waterman said.

“We used the radiocarbon bomb pulse – the spike in radioactivity in the atmosphere caused by nuclear weapons testing which peaked around 1965 – to accurately date the moss cores, and found that many of the mosses are growing in drier conditions now than in the 1960s.

Data from Bureau of Meteorology stations in East Antarctica show it has become colder and windier over the same period.

“The fact it’s colder over summer means there’s less meltwater – it never rains down there so all the water has to come from melting snow and ice,” Professor Robinson said.

“All these different lines of evidence are telling us it’s got drier and that’s connected to this change in the winds. The ozone hole and climate change have pulled the westerly winds closer to Antarctica, which has increased the speed of the wind and made it colder and drier.

“It’s the first evidence the East Antarctica communities have been affected by climate change and ozone depletion.” 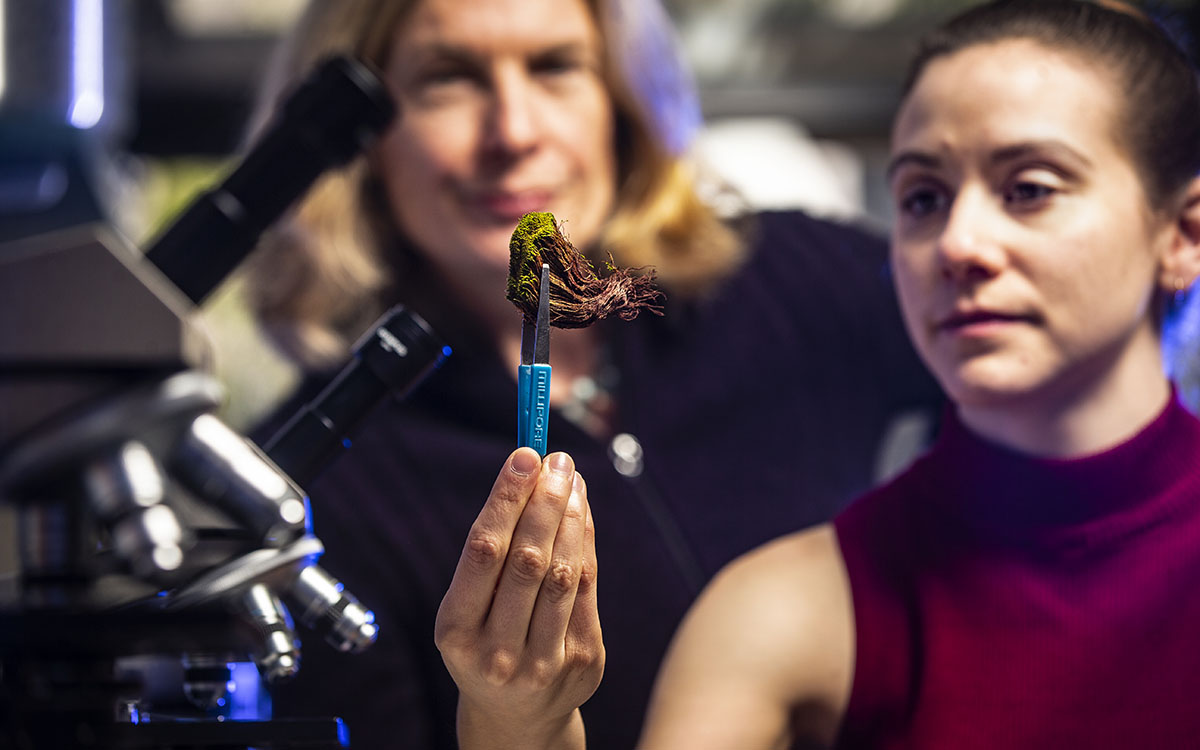 Much like tree rings, the moss shoots preserve a record of past climate, and how wet or dry it was while they were growing.

The broader message from the study, Professor Robinson said, is that nowhere on Earth is spared the consequences of climate change.

“We think of Antarctica as a pristine wilderness but climate change and ozone depletion have a huge impact there. What we do in the rest of the globe affects the plants and animals in Antarctica,” she said.

At the same time, what happens in Antarctica affects the rest of the globe; as the westerlies that circulate Antarctica move poleward, they are changing weather patterns across the Southern Hemisphere.

“Another message from this is that we don’t necessarily anticipate the consequences of what we do. We knew ozone depletion would increase UV radiation, but it was decades before we knew it affected the climate,” Professor Robinson said.

“Those shifting winds are affecting southern Africa and South America and Australia because they are pulling all the weather bands to the south. Some areas are getting wetter, and big areas that were wetter have got much drier. It’s affecting how trees grow in New Zealand. It’s affecting the southern tip of Chile where trees are growing less well, forests are contracting and there’s less water for hydroelectric power plants.”

Supported by UOW’s Global Challenges Program, the researchers will continue to monitor the impacts of climate change on Antarctica.

“Our monitoring methods in East Antarctica allow us to track the response of moss communities to a changing climate. They are integral to ways in which near-shore and terrestrial communities can be monitored with minimal impact as part of a continent wide Antarctic Near-Shore and Terrestrial Observing System (ANTOS); an international collaborative program which we are contributing to with our new Global Challenges ECO-Antarctica interdisciplinary project,” Dr Waterman said.

The research was funded by the Australian Research Council, Antarctic Science Grants and Australian Institute of Nuclear Science and Engineering.