From fish to forests, conflicts to coffee: humans impacted by species on the move

A study by a large international team of scientists has highlighted how climate-driven changes in the distribution of land, marine and freshwater species around the world are affecting humans. These global ecological changes pose a wide range of challenges for societies, from health risks to economic threats, and from conflict over fisheries resources to impacts on the supply of coffee.

Published in the prestigious journal Science, the study warns that communities and economies from the tropics to the poles are already affected as species respond to climate change.

Co-author Professor Johann Bell, a Visiting Professorial Fellow at the Australian National Centre for Ocean Resources and Security at the University of Wollongong (UOW), said species movement in the oceans had serious implications regarding food security.

“We are seeing species movement occur more dramatically in the oceans, and the scope for change is greater there than on the land. On land there are natural barriers – mountain ranges, deserts – that you don’t get in the oceans,” Professor Bell said. “The implications of changes in fish distribution are significant, and it’s not something that’s going to be happening in 20 or 30 years – it’s happening now.”

Professor Bell has been working with the island states of the Pacific to address food security issues caused by rapid population growth and exacerbated by climate change.

“The Pacific Islands communities have traditionally eaten a lot of fish, harvested mostly from coral reefs. But with their populations growing rapidly and the coral reefs being degraded by climate change, the gap between the amount of fish that can be harvested sustainably from reefs and the fish required for food security is growing,” he said.

Co-author Professor Sharon Robinson, a Senior Professor in the School of Biological Sciences at UOW said, “Our understanding of range shifts is weakest in regions such as Antarctica because of the difficulties researching in such extreme environments.” 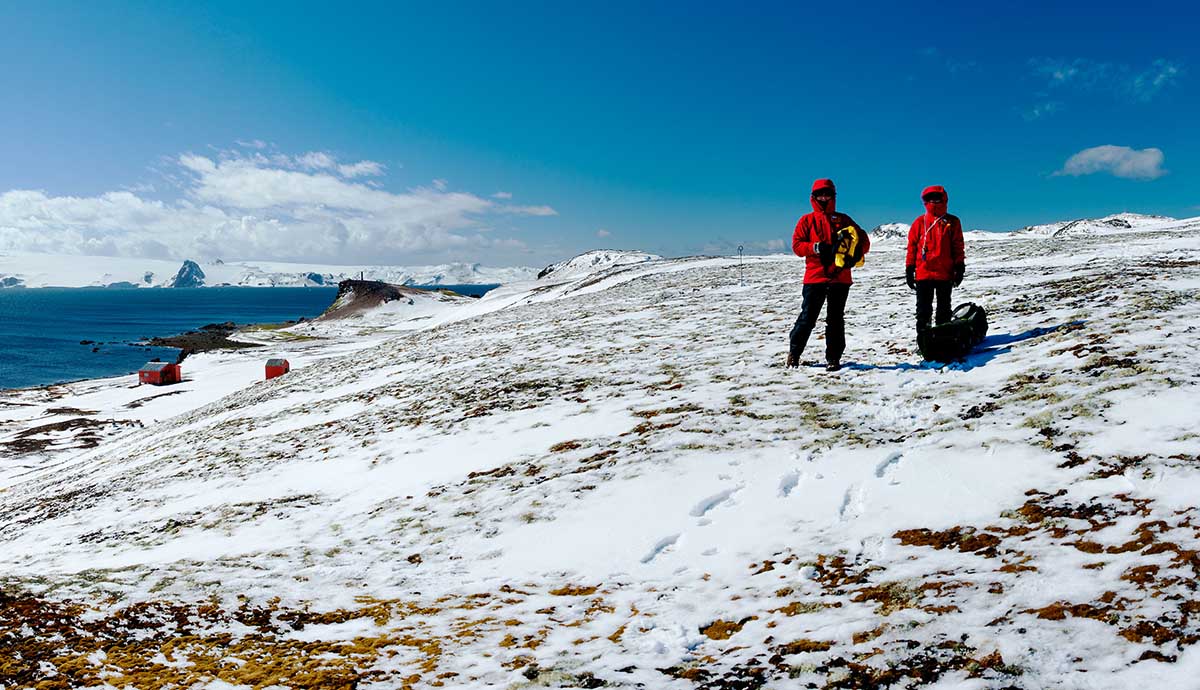 Professor Robinson is part of an international team developing an Antarctic Near Shore and Terrestrial Observing System (ANTOS) to remedy this and her group at UOW established the first long-term monitoring sites near the Australian Antarctic Casey Station in 2003.

“The moss beds in this region contain individual plants that are hundreds of years old, but only a few centimetres tall,” she said.

In collaboration with the Terraluma group at the University of Tasmania they are monitoring the moss beds with unmanned aerial vehicles (drones) in order to avoid damaging these ancient mosses. This type of study is essential to better inform Antarctic managers so they can protect Antarctica’s unique biodiversity.

Lead author Associate Professor Gretta Pecl from the University of Tasmania’s Institute of Marine and Antarctic Studies (IMAS) said that as human survival depends on other life on earth, the redistribution of the planet’s living organisms was a substantial challenge for people worldwide.

“As their local environment changes, many plants and animals are responding by moving to higher altitudes, greater depths in the oceans, or towards the poles,” Professor Pecl said.

“Previous studies have shown that land-based species are moving poleward by an average of 17 km per decade, and marine species by 72 km per decade. Our study demonstrates how these changes are affecting ecosystems worldwide and human health and culture in the process.

“While some species favour a warmer climate and are becoming more abundant, many others that humans exploit or interact with face depletion or extinction.”

As humans rely on natural ecosystems for food, industry, health and culture, there are many ways changes in species distribution affect communities, including: