Ozone changes in the Southern Hemisphere have had a significant impact on climate, natural ecosystems and food production over the past few decades, according to a new report for the United Nations. 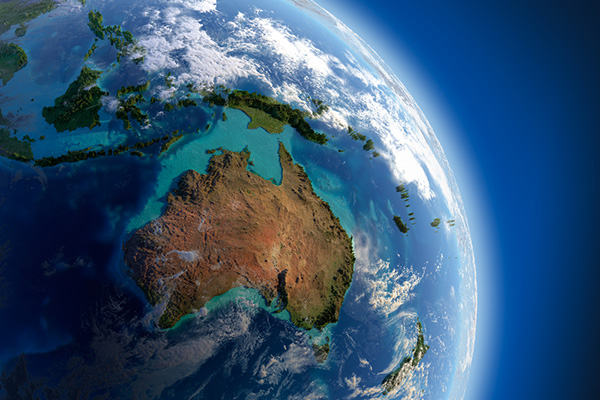 The report details the impact of both ozone depletion and the associated increased ultraviolet-B radiation on the environment and human health, but also considers how the ozone hole is changing climate, based on a key synthesis paper published in Global Change Biology on Monday 17 November.

Lead author of the paper Professor Sharon Robinson, said many people think of sunburn and associated health risks when they hear about the ozone hole, however, it has far more significant effects on our planet.

Professor Robinson said this occurs because the ozone hole pulls the polar jet stream further south and increases its strength, changing the pattern and strength of winds around the Antarctic continent and causing shifts in the regions that get plenty of rain or snowfall and those that stay dry.

“Since water is vital for all living things, these changes are likely to have profound effects on agricultural and natural ecosystems across the Southern Hemisphere,” she said.

“It is likely that many other Southern Hemisphere terrestrial and marine ecosystems are also changing as a result of this ozone-related climate modification.”

Professor Robinson said the effect of the ozone hole on weather patterns is most pronounced in summer and may also be responsible for increased incidence of extreme events, including floods, drought, wildfires and associated costly environmental damage.

She said the Montreal Protocol continues to be effective, both in phasing out ozone depleting substances and thereby contributing to decreased levels of these greenhouse gases in the atmosphere, but this report highlights the need to take timely action to mitigate climate risk.

“Decades after the ozone hole was identified and action taken we are still discovering how profound its implications are.”

“Prompt action was taken in 1987, but the lag time for recovery is still long. The ozone layer is now predicted to recover by the middle of this century, however we are just starting to recognise all the changes it has made to Southern Hemisphere climate and ecosystems.”

“The Montreal Protocol is an important lesson both of the efficacy of international action and also the importance of timely responses to recognised climate change,” Professor Robinson said.

Background information: The Montreal Protocol is an international treaty for the protection of the ozone layer that banned the production of major ozone-depleting substances worldwide. The large ozone loss over Antarctica was the key observation that stimulated its definition and signing in 1987.