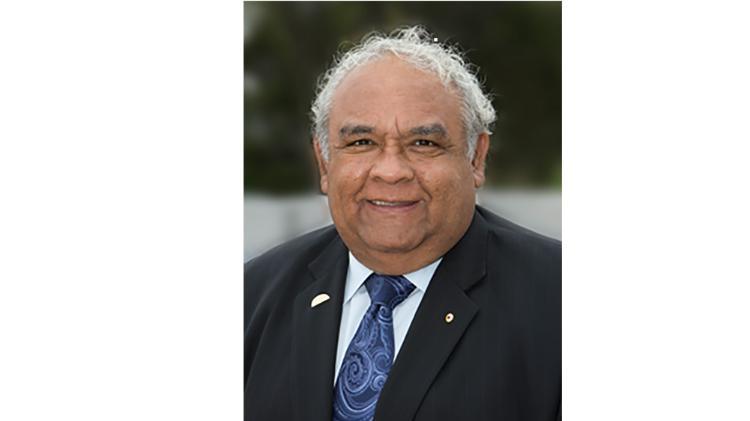 The School of Law invites you to attend the annual Goldring Lecture 2022 delivered by Professor Tom Calma, AO FAA.

Professor Calma’s Goldring Lecture will discuss the history of Aboriginal and Torres Strait Islander peoples’ journey to be heard and to influence policy and programs that affect them, including unpacking why a Voice to Parliament is necessary and how it might be operationalised. Closing the Gaps will not occur without an alignment of policies and programs by the three tiers of governments being led by Aboriginal and Torres Strait Islander peoples to co-design strategies and policies from the grass roots level.

Professor Calma is an Aboriginal Elder from the Kungarakan (Koong ara kan) tribal group and a member of the Iwaidja (Ee wad ja) tribal group whose traditional lands are south west of Darwin and on the Cobourg Peninsula in the Northern Territory of Australia, respectively. Professor Calma has been involved in Indigenous affairs at a local, community, state, national and international level and has worked in the public sector for over 45 years. From 2004 to 2010 Professor Calma was Aboriginal and Torres Strait Islander Social Justice Commissioner and Race Discrimination Commissioner (2004-09) at the Australian Human Rights Commission. He is currently on a number of boards and committees focusing on rural and remote Australia, health, mental health, suicide prevention, all levels of education, culture and language, justice reinvestment, research, reconciliation and economic development.

In 2010, after a distinguished career of 38 years in the Australian Public Service, Professor Calma retired and currently works as a consultant, volunteer and academic. Since 1 January 2014, after serving six years as a member of Council and Deputy Chancellor, Professor Calma became the 6th Chancellor of the University of Canberra and the first Indigenous male Chancellor of an Australian university.

Registration for the event is not yet open. Please check back closer to the event for more details.