Social justice the driving force for educator, researcher, and mentor

If Emeritus Professor Paul Chandler’s career had a theme, a throughline that would encapsulate his research, his achievements and his drive, it would be inclusion and social justice.

As an academic in the field of education and cognitive psychology, and as a leader in his own community, the proud Bidjigal man has always been driven to help others and to effect change through his actions.

Today (Thursday 3 November), Professor Chandler was named an Emeritus Professor during a conferral ceremony at the University of Wollongong (UOW). He was recognised for his unwavering commitment to providing inclusive, equitable and exceptional educational opportunities for all.

A researcher, educator, and academic leader, Professor Chandler said he was thrilled to receive the honour from UOW, which he describes as “a place of learning like no other”.

But learning in a formal setting was not always an expectation in Professor Chandler’s world.

Born into near poverty, a few kilometres from the point of first contact between British colonisers and Aboriginal people at Botany Bay, Professor Chandler grew up in a family that had very little financially but was wealthy in spirit and experiences.

“We had the ocean, and as a Saltwater Person, you don’t starve. With the ocean, you can always get a feed. And we would “fish out” the millionaire’s golf balls out of the lake at Little Bay and sell the balls back to them for a dollar each,” he says with a laugh.

“We were dirt poor but happy as can be. It was a long way from the university experience.”

The adversity forced Professor Chandler to grow up quickly. He held every job going, including a paper boy, blacksmith, fisherman, surf shop attendant but said he had no idea that the place of his childhood would be considered disadvantaged.

“We thought we were in heaven. When I went to university, I was fascinated to find out to be told that I had grown up in a low socioeconomic class.”

Despite his myriad of jobs, Professor Chandler was, he says, not great with his hands but had the intelligence and wit to forge his own path. The first in his family to finish primary school and then high school, Professor Chandler began to recognise that university was an option.

“Everyone in my community surfed, played rugby league or boxed. When I was about nine years old, after my dad took me boxing my he told me ‘Son, you’re not much good with your hands, so you better get your brain going’.”

With the support of his community, and in particular his Nanna, Professor Chandler was accepted into the University of Sydney to study Science majoring in Psychology.

“The community wanted me to go to university because they wanted to know what went on inside a university so eventually more Aboriginal people could have a safe space within it. I didn’t love the university environment; at that time, it was very elite and elusive, but I pushed through and finished my degree.” 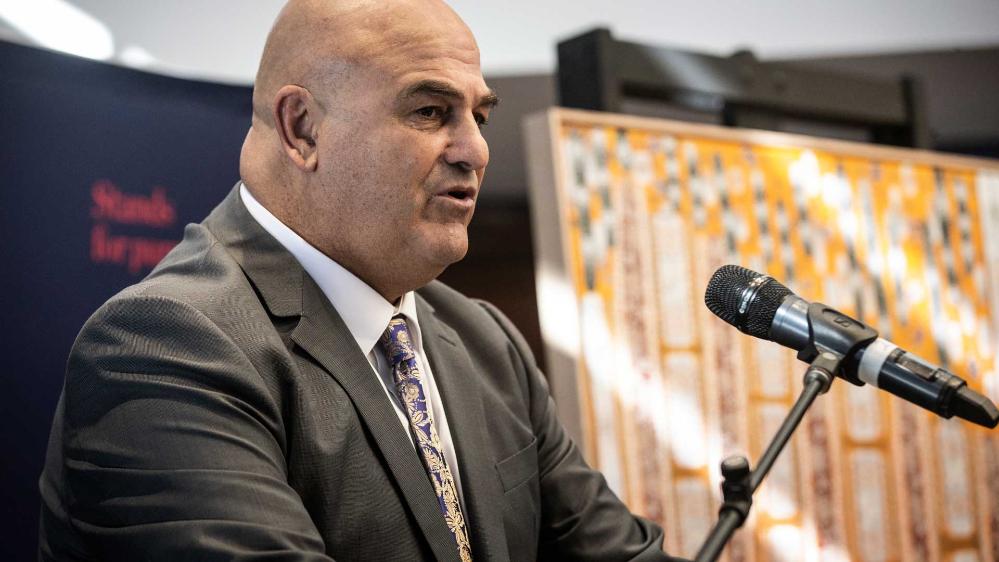 Professor Paul Chandler at the launch of the inaugural UOW Reconciliation Action Plan in 2019.

Specialising in cognitive load theory, Professor Chandler enjoyed the challenge of academia. At the same time, he was establishing himself as a mentor in his community. It is a role that continues to this day, albeit in a more informal capacity.

For more than 35 years, he had a separate psychology practice, open to all, that focused on helping others through trauma. The practice only closed last year, it ran for 35 years, but Professor Chandler remains a person to whom others feel they can come when they need support or help wading through tough moments in their lives.

“I hope I helped lots of people recover from trauma, intergenerational trauma,” domestic violence, and deaths in the family. I literally saved several lives, a topic I care not to talk about but am tremendously proud of watching these survivors thrive and achieve”

“It has been incredibly rewarding, but loss and sorrow has always been part of all my work.”

After graduating from the University of Sydney with a Bachelor of Science with 1stclass Honours in Psychology and Graduate Diploma of Education, Professor Chandler completed a Master of Science in Psychology and a PhD in Cognitive Science at the University of New South Wales. In 1993, he was the first Aboriginal person to receive a PhD from UNSW, with his award-winning thesis.

Professor Chandler joined UOW in 2007 as the Dean of the then Faculty of Education. That same year, he was acknowledged by the Australian Research Council as one of the top 10 scientists in Australia. He was the first Aboriginal person to be named a Dean of an Academic, and unfortunately, remains the only Aboriginal person to be an Academic University Dean to this day.

Over the next 13 years, Professor Chandler forged a successful career that culminated in his position as Pro Vice-Chancellor (Inclusion and Outreach). Among his achievements, he spearheaded the University’s approach towards educating Aboriginal and Torres Strait Islander students and created safe, equitable, culturally appropriate spaces for all; developed the Aboriginal and Torres Strait Islander Education, Research, Engagement and Enabling Strategy at UOW; and provided oversight of UOW’s Reconciliation Action Plan.

But his biggest achievement is the development of Early Start, UOW’s research, engagement and play space for children in regional and remote communities.

As the Founding Chair of Early Start, Professor Chandler (along with his wife Michelle) said the idea for the initiative came about from his own family’s experiences including fostering two young children.

“We had a second run at raising children. My wife and I already had two natural children, and we then took in a newborn and a two-year-old from tough backgrounds and it really showed to me the critical importance of those early years of life,” Professor Chandler says.

“Professor Don Iverson [former Executive Director of IHMRI] and I started exchanging research on brain development on those early years influenced by James Heckman, who won a Nobel Prize for his work. It focused on how brain’s growth and development mostly happen in the first eight years of life. It is those critical early years of life where the attention needs to be. Unfortunately, many see the early years as hand holding for big school.

“That may explain the ongoing fall of Australia in OECD educational outcomes.

“Norway and Sweden see the early years as the most important years. It is a high prestige career requiring a master’s degree and pays appropriately. We have nothing like that in Australia.

“I was the intellectual architect and the visionary of Early Start, with the inspiration of Don Iverson and Jeff Heckman. I saw what it could be and what it could achieve.” 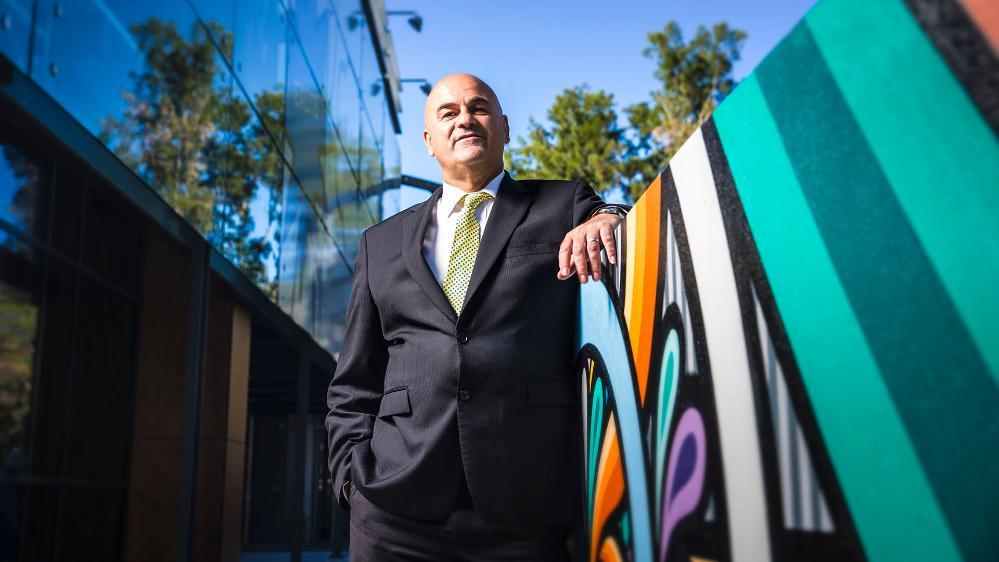 Professor Chandler moved into the role of Executive Director of the $44-million Early Start project throughout the planning stages and until it was formally established in 2015.  He remains the Foundation Chair of Early Start which sees up to 250,000 families come through its doors each year. He is now an active member of Advisory Board of the $300 million ARC Centre of Excellence for the Digital Child, which incorporates six Universities around Australia, including UOW. He also sits on many Boards that provide health and education for those who need it most.

His desire to make a difference in the lives of children from regional and remote areas, and to ensure all children have an equitable start in life, is the catalyst for the next chapter in his working life. Professor Chandler retired in 2020 but remains active in the advocacy space. Over the next few years, as an 'Ambassador for World Vision', he is hoping to work at the very remote community level with World Vision on a project that aims to use old shipping containers and transport those to remote Aboriginal communities, where they will be repurposed as per community wishes with Yarning Rooms and cultural learning spaces.

It is a concept that he is clearly excited about, and says it represents a full circle moment in his career. It is a unique initiative that typifies Professor Chandler’s career, focusing on helping those who do not have access to resources and education, and potentially bringing together a host of different entities, including Early Start.

“The shipping containers will be repurposed to be learning or meeting places, essentially whatever the community needs. It could be a place where they can learn English, a men’s place, a woman’s place, a place to grow things that don’t get eaten by feral animals. We have listened to the community and responded to their needs.

“I don’t want to be on a committee to help people. I want to be out in the community, on the ground, making a difference. I am very humbled to receive the award and see it as a small victory for Aboriginal peoples and 'truth telling'.

“Until we start properly looking after our First Nations people, we will never get the international respect we deserve for all of the innovation that Australia has made.”

At the same time, Professor Chandler has been conducting research in Wreck Bay, near Jervis Bay on the NSW South Coast, into PFAS contamination by the Department of Defence. The chemicals, found in firefighting foams, have been used at HMAS Creswell Navy base for decades. As part of a class action case, Professor Chandler has been examining how the alleged contamination has affected cultural practices of Indigenous communities in the area.

In his Occasional Address to the graduating students during the ceremony, Professor Chandler focused on the concepts of love and kindness, and how each student should seek to embed those into their outlook and their work. It is evident that those principles continue to guide him, that thread of social justice will never be broken.

“To everyone you meet, be kind, for you do not know of their journey at this critical time in humanity. The world needs far more love and kindness. Now go forth, full of knowledge, and kindness with boundless love in your heart. Knowledge for a smarter world, kindness for a better you, and love for a better planet.”