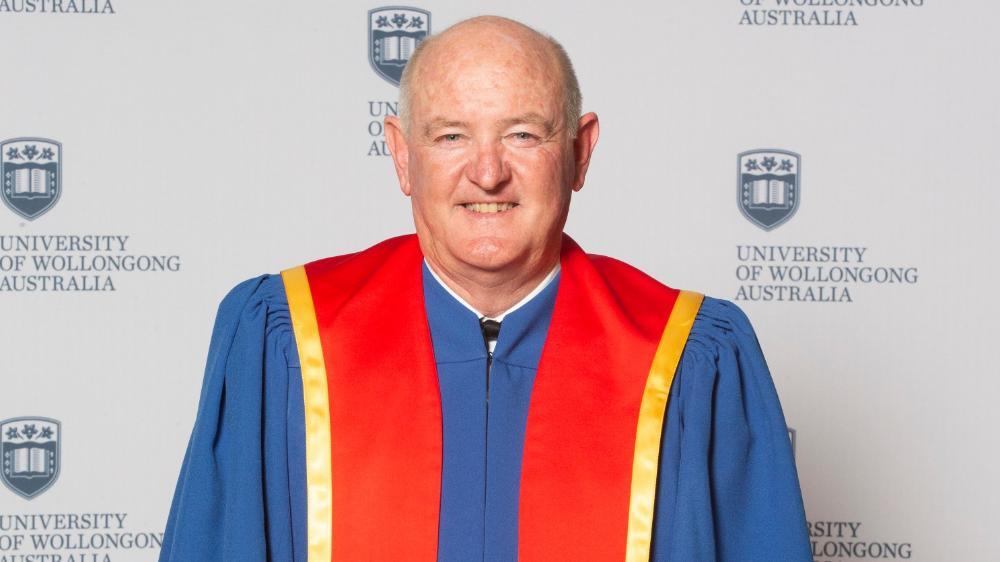 Through an esteemed career and enduring commitment to advancing education and business in the Illawarra, Peter Fitzgerald has helped create a brighter future for our region and its people.

Peter joined KPMG’s Wollongong office – then known as Peat Marwick Mitchell & Co – as an undergraduate accountant, making Partner at just 30 years of age. He was to spend his entire career with the Illawarra’s only international professional services firm, including 21 years as Managing Partner. Peter became widely regarded as a valuable asset to the local business community.

By the time Peter retired in 2014, KPMG Wollongong had increased its staff by almost tenfold. A lifelong local and a proud University of Wollongong alumnus, Peter gave innumerable young UOW graduates their start. Over the years, the firm has been one of the region’s biggest recruiters of the University’s commerce students, many enjoying long and fulfilling careers at KPMG with Peter as their inspiring mentor and role model.

Peter’s ongoing service to this University is extraordinary. He has forged strong links between the University of Wollongong and local business for the benefit of the University, its students and staff, regional industry and the wider community. Peter has given freely of his guidance and practical expertise to shape a resilient future for the organisation.

In his 13 years as a member of the University Council, Peter played an integral role in the University growth and prosperity. He served on numerous University of Wollongong committees, including two Accommodation Expansion Oversight Committees, the Risk, Audit and Compliance Committee, Committee of Appeal (Student Discipline), Council Nominations Committee, Honorary Awards Committee and the Chancellor Robert Hope Memorial Prize Selection Committee.

In the broader community, Peter offered professional guidance and compassionate assistance across a diversity of causes. He was a member of the Salvation Army Red Shield Appeal Committee, served on the School Board of Edmund Rice College and was Chair of Mater Dei School for children with intellectual disabilities. He remains a Director of IMB Bank Wollongong, Peoplecare and the IRT Group.

Chancellor, Peter Fitzgerald has given a lifetime of outstanding service to the University of Wollongong and to the development of a thriving Illawarra community.

It is a privilege to present Peter Fitzgerald to be admitted as a Fellow of the University of Wollongong.