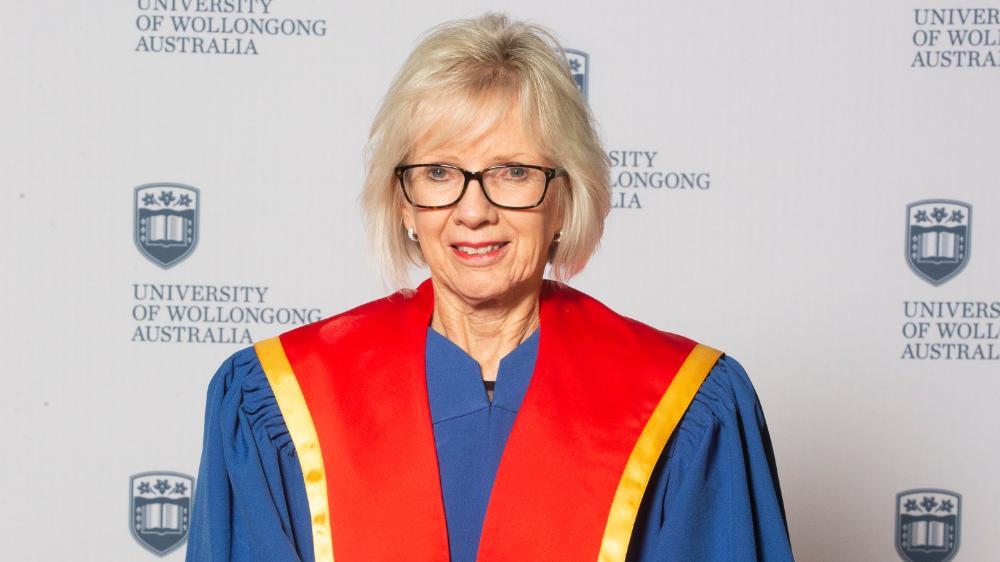 Julie Renwick has been a fundamental driver in UOW College Australia’s success, leading exceptional gains across program development, student outcomes and governance with more than 25 years of distinguished service.

Born and educated in Broken Hill, Julie attained high-level teaching qualifications and taught in schools in both Australia and England. She spent several years teaching at Shellharbour/Wollongong TAFE before beginning her long association with UOW College Australia – then Wollongong University College – in 1995.

Joining UOW College Australia as a teacher, Julie was energised by her students’ determination to overcome barriers to achieve academic success. Securing the role of Program Manager for UOW College’s English Language Intensive Courses for Overseas Students Program (ELICOS) in 1999, she quickly built a reputation as a principled and effective leader.

Julie’s significant contribution to academic and governance leadership underpins every aspect of the UOW College Australia we know today. Julie has also advocated widely across the tertiary sector, serving on multiple boards and committees including the University of Wollongong Academic Senate.

Chancellor, Julie is an outstanding leader of the highest integrity and commitment. Through her service to UOW College Australia, she has profoundly influenced the future of the organisation and those who have passed through it.

It is an honour to present Julie Renwick to be admitted as a Fellow of the University of Wollongong.