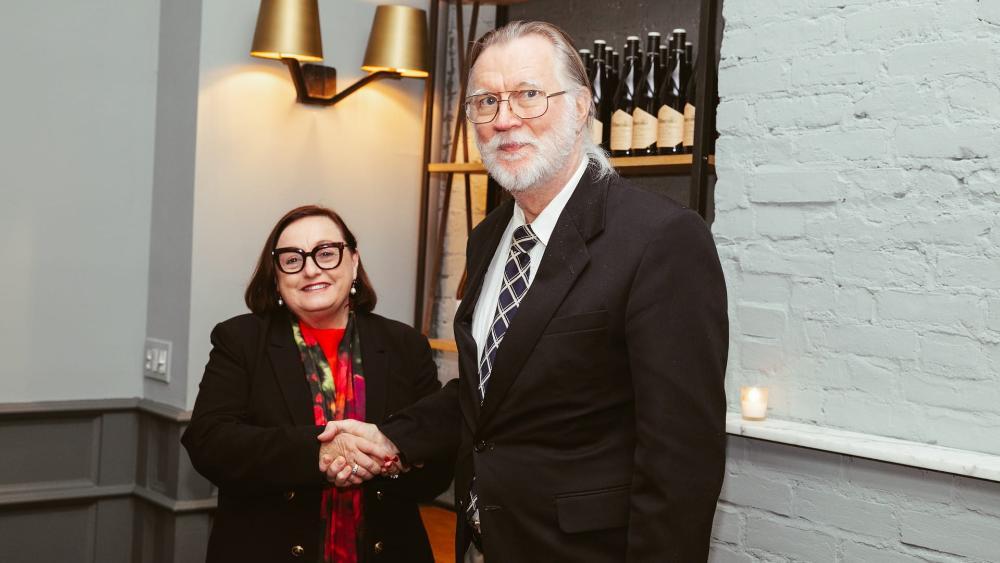 A community-minded and generous champion of the University and an esteemed leader in his field, Dr George Delic has worked tirelessly to support and develop our organisation and its US-based alumni community.

An internationally respected and awarded theoretical and computational physicist and entrepreneur, George is renowned as an ethical, critical and agile thinker. Moving to Wollongong with his parents, Vlado and Irena, at age 10, and after graduating from Berkeley High School, George commenced his Bachelor of Science degree. His second year at UOW is one of his top life memories, when he had an epiphany on introduction to computer programming. His other top life memory is when he met his wife Irene while completing his PhD in Canberra. They are still happily married after 52 years!

George’s career took him to Europe, South Africa and the United States, where he contributed significantly as a researcher, academic, government contractor and private sector consultant in computational science to some of America’s largest corporations and government agencies. Today, as Founder and CEO of the US-based HiPERiSM Consulting, George provides his extensive expertise to high-performance computing clients in government and industry.

Though now a citizen of the USA, George has never forgotten where his career journey began. An inaugural member of the Board of Trustees for the UOW USA Foundation, he was instrumental in the Foundation’s establishment in 2013. He remains deeply engaged as a Foundation member, travelling across the US to attend alumni events and dedicating much time and energy to nurturing a thriving UOW alumni community.

In his estate plan George has included a bequest to UOW, seeking to afford future students from a less privileged background (as was he) a similarly rich learning experience to that he enjoyed. This further cements his legacy as a champion of the University, committed to progressing our institution and delivering opportunities for future generations.

Vice-Chancellor and President, Dr George Delic is among UOW’s most outstanding graduates, embodying the values we collectively strive for. Our organisation and community have benefited substantially from his support, expertise and passion, and will continue to do so long into the future.

It is with great pleasure that I present Dr George Delic to be admitted as a Fellow of the University of Wollongong.