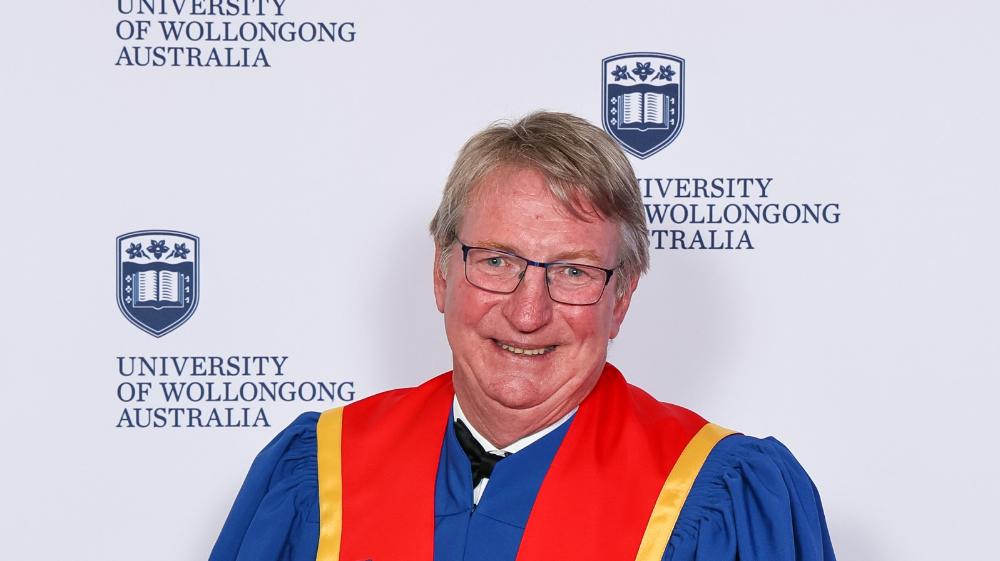 Through strategic vision, unwavering dedication and sheer hard work, Barry Irvin AM has contributed significantly to the University of Wollongong, to the Bega Valley Shire and has been instrumental in strengthening Australia’s leadership position in the global food manufacturing industry.

A fifth-generation dairy farmer, Barry left behind a promising city career in banking to return to his native Bemboka with a goal to help save his family farm. He joined the then Bega Cooperative Board in 1991, kick-starting its transformation from a small single manufacturing site into the multibillion-dollar global powerhouse known today as Bega Cheese.

As Executive Chairman, Barry has guided Bega Cheese to become a major manufacturer, exporting massive volumes of diverse product around the world and taking its place among Australia’s largest ASX-listed food companies. Through strategic acquisitions, he has also returned a host of iconic Australian brands – including Vegemite – to domestic ownership.

Barry works tirelessly to ensure the sustainability of his region, partnering with UOW in the Bega Circular Valley 2030 initiative and iAccelerate’s Bega Valley Innovation Hub as well as serving as Chair of the Southern NSW Drought Resilience Adoption and Innovation Hub. A firm believer in community and social responsibility, he has embedded significant charitable giving into Bega Cheese’s operational model and volunteers his time to numerous boards and causes. He is Chair of Giant Steps Australia, Giant Steps Melbourne and Stepping Stones Education Services, supporting hundreds of Australian children with autism and their families to access a better quality of life.

Barry was made a Member of the Order of Australia (AM) in 2008 for his service to the dairy industry and to children with disabilities, as well as being named both NAB Monash University and Rabobank Agribusiness Leader of the Year.

Chancellor, Barry Irvin AM embodies the purpose and values our institution treasures. He has built an enduring legacy that will continue to enhance our region, nation and society for years to come.

It is with pleasure that I present Barry Irvin AM to be admitted as a Fellow of the University of Wollongong.