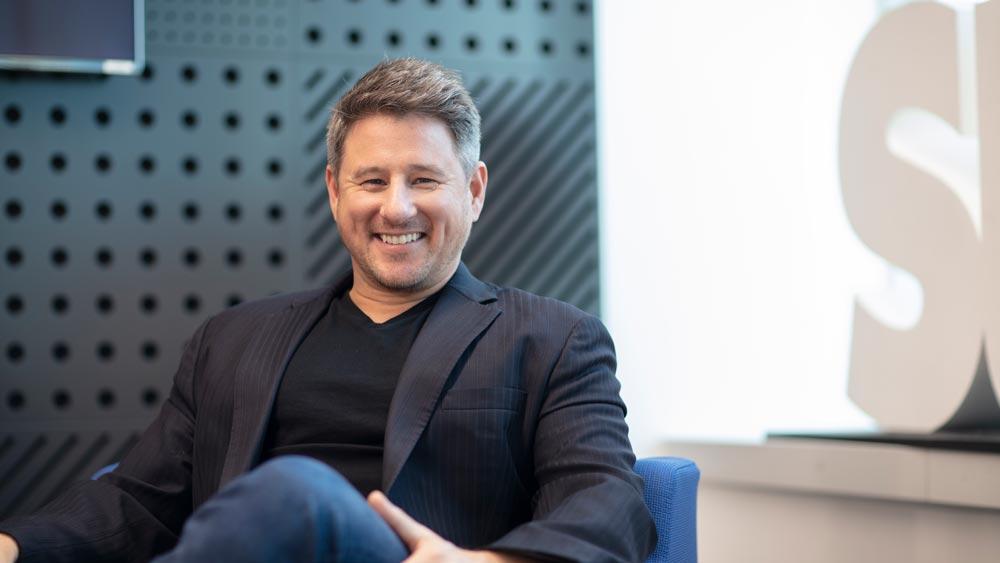 2019 Alumni Award for Innovation and Entrepreneurship

Founder and CEO of Stan Entertainment

Through prodigious entrepreneurial skill and innovation, Mike Sneesby has turned an idea into a multi-million dollar business that has transformed the way Australians access content and set new global benchmarks for independent streaming services.

Mike is Founder and Chief Executive Officer of Stan Entertainment, Australia’s leading local subscription video on demand service. He built the company from the ground up, from creation of the bespoke platform to leading every aspect of development, operations and marketing and negotiating crucial content rights deals. He brought Nine Entertainment and Fairfax Media into a joint venture, securing a $100-million joint venture investment and launching on Australia Day 2015, just two months ahead of Netflix’s entry into the local market.

Since then, Mike has led Stan on a phenomenal growth trajectory. Today the service has more than 1.7 million subscriber households representing over five million active users, and earlier this year defied industry norms to tip into profitability. Stan has become one of the world’s most successful businesses in its category. It is growing faster than ever before.

Mike’s sense of adventure and willingness to go beyond his comfort zone have played a decisive role in Stan’s success. He took the calculated risk of signing multi-million dollar content deals including exclusive rights to Breaking Bad and Better Call Saul before having a single subscriber on the platform, and was commissioning original productions within a few months of launch. This courageous approach set Stan apart from its competitors from day one, positioning it as a leading player that anticipates and shapes consumer demand.

Stan’s original productions strategy is a defining feature of the platform and a key driver in its ever-growing popularity. This vision for seeing Australian talent compete on the world stage has led the revitalisation of the local film and television industry, winning audience and critical acclaim and showcasing the incredible depth and diversity of acting, directing and producing on offer. Content is sold on to the US and other markets, and the money reinvested in developing more local shows with Australian talent.

Mike is poised to lead the next stage of growth for Stan, including an ambitious strategy to aggressively grow the subscriber base and scale the category considerably. Expanding local content is central to this, and this year Stan will premiere four original productions with a combined budget of more than $55 million.

Chancellor, through passion, hard work and a gift for innovation and entrepreneurship, Mike Sneesby has built a thriving business, reshaped the entertainment landscape and shone an international spotlight on the Australian film and television industry.

I am honoured to present Mr Michael Sneesby for the Alumni Award for Innovation and Entrepreneurship.