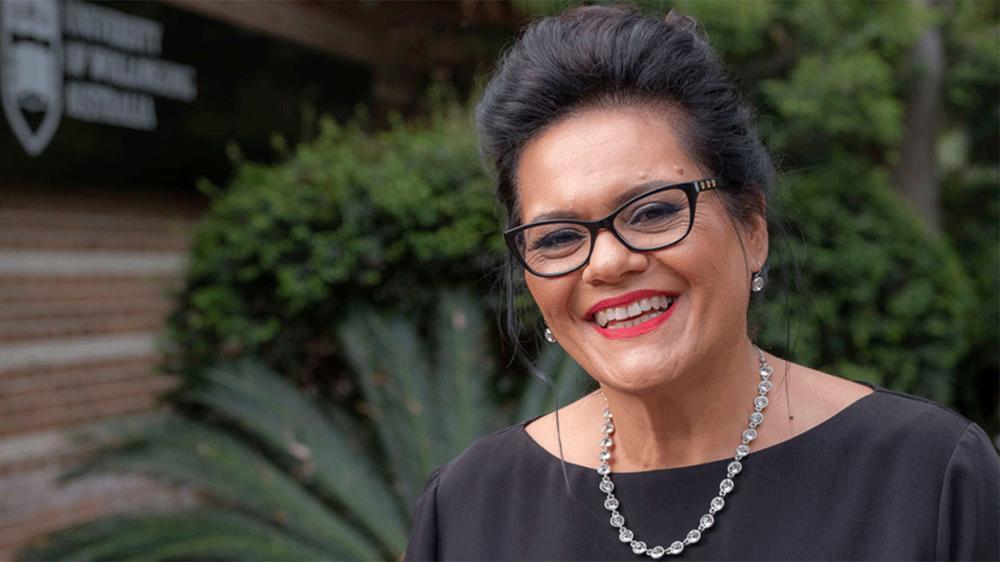 Long before domestic violence made the national agenda, Diane Manns was advocating and bringing awareness of this issue to boardrooms, council chambers and police stations in the Sutherland Shire.

Over the past three decades, Diane has made an indelible contribution to social welfare in the Sutherland Shire, particularly as a tireless and vocal campaigner against domestic violence. She is currently Chief Executive Officer of Sutherland Shire Family Services (SSFS), a not-for-profit organisation offering a range of programs, including supporting children, young people and families dealing with domestic violence.

She commenced at SSFS in 2002 as a Youth and Family Caseworker. After attending the funeral of a young local man lost to suicide, she secured a grant to develop the Sutherland Shire Forum Theatre program, taking a message of resilience and suicide prevention to local high schools. She then project managed the State Government’s Domestic Violence Pro Active Support Service (DVPASS) initiative in the Sutherland Shire Local Area Command (LAC), leading it to great success and subsequent expansion into the Miranda LAC. The program’s impact was recognised with a National Crime Prevention Award.

Concerned with the troubling trend towards young adults becoming increasingly identified by police in matters of family violence, she secured a grant to train 75 police, sexual assault counsellors, youth workers and others to facilitate the Love Bites Program in local high schools. It remains an important tool in educating young people about domestic violence in the Sutherland Shire.

Domestic violence goes far beyond the physical harm that can be visible from the outside. Appointed SFSS Operations Manager in 2011 and then CEO in 2014, Diane has made it her mission to address the financial, sexual, psychological and emotional impacts of domestic violence, which can often be disregarded or misunderstood but have a significant impact on women and children.

The ground-breaking Pull Ya Head In film series, behind which Diane is the creative force, is part of her fresh approach to tackling this complex community issue. The acclaimed three-stage campaign exposes the covert, hidden effects of domestic violence, focusing on issues including men saying no to violence against women, the impact of domestic violence on children and the ways in which it cuts across all demographics. Produced in partnership with Global Pictures, SFSS is working towards a six-part web series to delve deeper into what domestic violence looks like in a diverse society and how we can turn the tide around.

Diane also led the roll-out of the Toolbox Talks program to deliver domestic violence awareness training in the construction sector in the Sutherland Shire and Greater Sydney. The initiative is now being extended to the Hunter region, encompassing workers in the mining industry.

Her impact can be felt across all sectors of the local community and beyond. She secured a grant to provide an Aboriginal playgroup in 2016 to connect local families with community and other support networks, and was instrumental in attracting philanthropic funding for the continuation of the Building Resilience in Children project for children and young people traumatised by abuse and family violence. She is also Vice President of Executive Management Council of Australia, an association for EMBA graduates and business leaders.

Chancellor, Diane Manns is a passionate, engaging and community-minded leader with a keen sense of social justice, and a strong advocate for children and families in her region and beyond. Her work strongly reflects the values of UOW in striving for equity and social justice, and she continues to use her education and experience creatively to bring about positive social change in her community and beyond.

It is an honour to present Diane Manns for the Alumni Award for Social Impact.