You are here More Pages
Our campus

UOW Southern Sydney campus is located at Loftus, in the Sutherland Shire, about 45 minutes south of Sydney's CBD. The campus is positioned directly opposite Loftus TAFE and is a brisk 10 minute walk from Sutherland shopping centre or a 5 minute walk from Loftus shops (via the Loftus station overpass.)

How will you travel?

Our campus is conveniently located in the middle of the Sutherland Shire and is easily accessible by public transport, private vehicle or bike.

UOW Southern Sydney campus is a 15 minute walk from Sutherland Station and 5 minutes from Loftus train Station. A valid Opal Card is required.

Sutherland station is a main hub on the Sydney trains network, on the Illawarra Line, and can be reached from most areas of the wider Sydney metropolitan area and the South coast.  Tip: if you are unfamiliar with your route, use Sydney Trains' Trip Planner to plan your first visit to Uni.  Also, leave with plenty of time on your first day of class.

Walking from the train to campus

To walk to campus from Sutherland Station, exit on the Eastern side and walk south along Old Princes Hwy (pass under Railway overpass, past the Leisure Centre, Waratah Park track and oval and cross Rawson Avenue at the pedestrian refuge at the Pitt St roundabout.

To walk to campus from Loftus Station, exit on the Eastern side down the ramp and walk through the TAFE campus gates (if open) in a northerly direction along Pitt St, turning east to follow the road to the UOW campus building on your left. (If the gates are not open, and also when returning to the station late in the evening, walk along Rawson Ave). 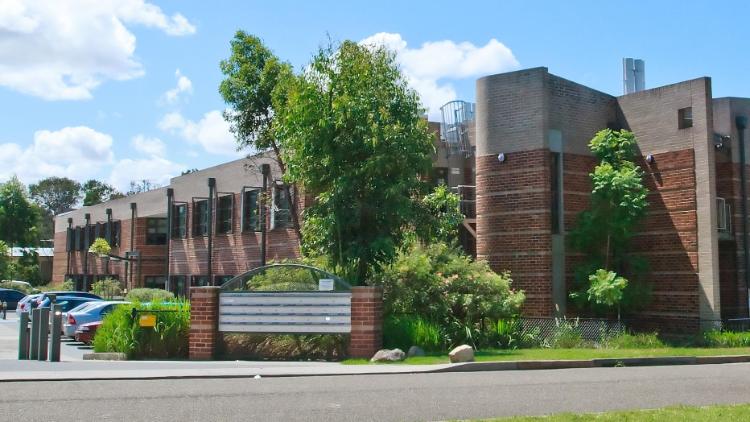 Driving to campus is simple, though we do encourage car pooling wherever possible.

Where are you travelling from?

From Sydney - follow the Princes Highway south to Rawson Avenue in Sutherland.

From the West - head along Heathcote Road from the South or along the Bangor Bypass from the North.

From the Illawarra or the South Coast - head up the Princes Highway, past the Royal National Park and enter Rawson avenue just prior to the lights at Loftus.

Student parking - There is a large amount of FREE parking available for UOW students to use in the adjacent TAFE carparks. Note: all parking on TAFE or on UOW premises is undertaken at the driver's own risk.

Staff and short-term visitors can call through at the intercom to be given access to park in the boom-gated UOW staff carpark.

Sydney buses are readily available to travel to campus.  An Opal card is required.

Heathcote to Sutherland (Stopping at Loftus station - western side)

Woronora to Miranda via Loftus & Sutherland

Riding your bike is a healthy, environmental and low cost way to travel to Uni.  UOW Southern Sydney campus is surrounded by excellent cycle paths and bike lanes so cycle access is very easy and convenient.

Storing your bike on campus

Bike parking is available at UOW Southern Sydney campus, at the bike rack located adjacent to the Southern entrance of the building. (BYO bike lock)

Storing your bike to travel via train to other campuses

Loftus and Sutherland stations also have longer term Bike Lockers which can be hired.