He was a once-in-a-lifetime politician. The boy from Boree Creek. The man in the Akubra hat. The titan from rural Australia. A Vietnam veteran who will be remembered for his role in reforming gun laws in Australia.

The late Timothy Fischer AC had a list of accolades and achievements that took up inches of column space. And today (Friday 19 December), he received one more, when he was awarded a posthumous Honorary Doctorate of Letters from the University of Wollongong.

It was an honour that had been set in motion last year, yet one Mr Fischer would sadly not live to see. In August this year, he passed away from leukemia, at the age of 73. From Vietnam to the Vatican, his life and career held many fascinating chapters that took him all over the world and introduced him to people from all walks of life. 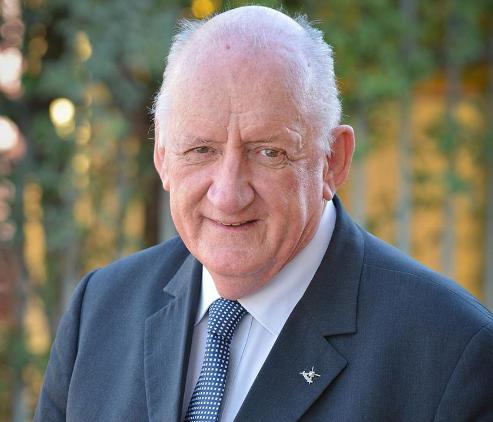 The graduation ceremony held this morning at UOW celebrated Mr Fischer’s life and his immense contribution to the fabric of Australia. His wife, Judy Fischer, who was in attendance accepted the Honorary Doctorate of Letters on her husband’s behalf.

Professor Paul Wellings CBE, UOW Vice-Chancellor, said he was pleased to be able to honour Mr Fischer’s extensive and fascinating legacy as a politician and public servant.

“I am deeply saddened that Tim Fischer passed away before we could welcome him as a member of the University of Wollongong community,” Professor Wellings said. “But I am so pleased that his wife, Judy, is able to be with us on this occasion.

“The words ‘one-of-a-kind’ are used liberally in daily life, but it is truly the case for Tim. There was no one else like him. His commitment to others, his dedication to doing what is right, even in times of great challenge, and his tireless work on behalf of others sets him apart.

“He was much more than a tremendous politician; he was a man of decency, honesty, and courage, who spent decades fighting for what he believed in.”

Mr Fischer was a man of the bush, born in Lockhart, in the NSW Riverina, and educated at neighbouring Boree Creek. This rural sensibility served him well throughout his political career, where he was long known for his ability to bridge the gap between those from the bush and those from the city.

At the age of 20, Mr Fischer joined a legion of young men across Australia when he was conscripted to the Vietnam War. He spent close to three years in the South East Asian country, fighting with the 1st Battalion Royal Australian Regiment, and was injured in the Battle of Coral-Balmoral, near Saigon.

Upon his return to Australia, Mr Fischer became a farmer in the Riverina, before shortly beginning his political career in state politics, as the Member for Sturt and then the Member for Murray. He was only 24 when he became a politician.

After 13 years in NSW Parliament, he entered Federal politics in 1984 as the Member for Farrer for the National Party. Rising through the ranks of the Nationals, Mr Fischer became the leader of the party in 1990, and was named Deputy Prime Minister when John Howard was elected Prime Minister in 1994.

It was during this time that Mr Fischer established his legacy. Following the Port Arthur Massacre in Tasmania in 1996, an event that truly shook Australia as a nation, Mr Fischer was at the forefront of the push to change gun control laws. It was a movement that was deeply unpopular in his rural electorates, but one that Mr Fischer felt passionately about, particularly after his experiences in Vietnam.

Upon his death, Mr Fischer’s support of landmark gun control was considered his “finest moment”, one that placed him on the right side of history.

“He knew, and he found out of course, that it was going to be difficult for his party in some parts of the country," Mr Howard said earlier this year.

“And we would never have successfully battened down those laws without the understanding of Tim Fischer.

“[He said], 'I just want you to understand it's going to be hard for some of us in the bush', and of course it was, but he stuck manfully to the task, and I'll ever be grateful, and our nation should be grateful that he worked so hard.” 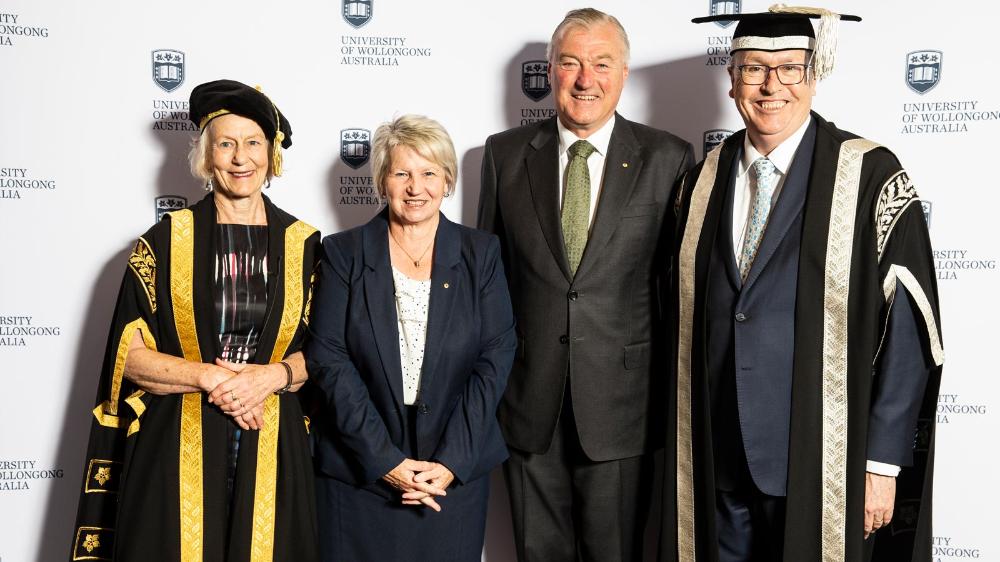 Retiring from politics in 2001, Mr Fischer at the time said he was hoping for a quieter pace. Yet he continued to work as hard as ever; among his positions were National Chairman of the Royal Flying Doctor Service, Chair of Tourism Australia, and Special Envoy from the Australian Government to Bhutan, Eritrea, and South Sudan. From 2009 to 2012, Mr Fischer was appointed Australian Ambassador to the Holy See, a role that saw him based at the Vatican. He oversaw the canonization of Australia’s first saint, Mary MacKillop.

Throughout the course of his career, and his life, one of Mr Ficsher’s great passion was trains. This passion brought him to Illawarra many times and also led him to author four books on the subject: Transcontinental Train Odyssey; The Ghan: The Khyber, The Globe; and Trains Unlimited in the 21st Century.

In 2016, Mr Fischer was at the forefront of the push for a sophisticated rail hub for the Illawarra, arguing that the region’s transport links belonged in the past. During a speech to the Trax to the Future rail symposium the following year, he highlighted the importance of creating a rail network that connected the Illawarra, Southern Highlands, Wollondilly, and Greater Western Sydney, and kept pace, in a literal and technological sense, with modern times.

A transport visionary, Mr Fischer’s passion for rail went beyond trainspotting – although he was passionate about that, too – to a deep understanding of how an improved network could deliver vast economic and environmental benefits to the country.

In addition to being a rail advocate, Mr Fischer was also a patron for TrackSAFE Foundation, an organisation that aims to reduce injuries and fatalities on the rail network, and was made a Companion of the Order of Australia (AC) in 2005 for his work on rail transport development.

Professor Wellings said Mr Fischer’s life was one of many chapters, each more interesting than the last.

“Mr Fischer devoted his life to public service. He has worn many hats – in a figurative sense, of course, because he was always devoted to his Akubra – but throughout it all he remained a man of the highest caliber and a man of vision. He was able to connect with people from every corner of the world,” Professor Wellings said.

“We are honoured to be awarding Tim a posthumous Honorary Doctorate of Letters for his enormous and lasting contribution to our country. He was a giant among men and we should all hope to emulate his sense of empathy and kindness.”