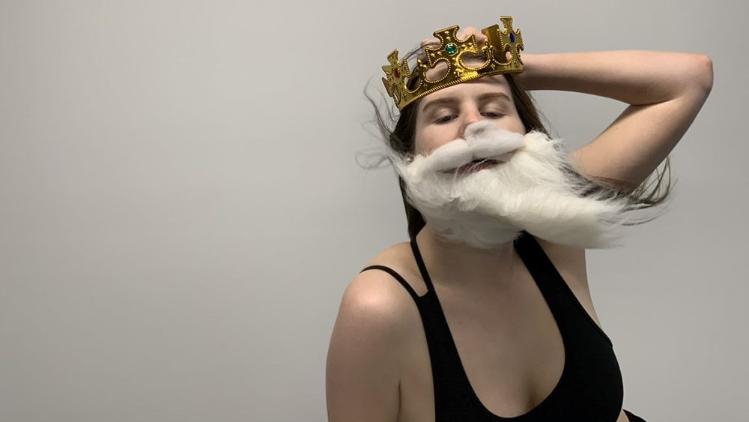 The Fool by Lucy Heffernan

‘Tis the times plague when madmen lead the blind.’

An adaption of one of Shakespeare’s most famous tragedies, The Fool stages King Lear’s bequeathment of power to his two eldest daughters and the ensuing political and personal struggles that haunt the maddened king.

Working from an adaptation by Lucy Heffernan, the cast stage a contemporary angle on Shakespeare’s original. Working with dance and a live band set up, The Fool seeks to explore the tragic story of King Lear through a ferociously campy lens. The piece dives into contemporary social unrest, intergenerational politics, and siblicide, all while donning a pair of thigh high boots.

Writer, Lucy Heffernan is a Sydney based artist. Since graduating from UOW, she has worked extensively as an actor across both the independent sector and mainstage. Her most recent credits include: PARTY GIRL (her playwriting debut) for MERRIGONGX, Luna Gale at the Ensemble Theatre, Lost Boys at Merrigong Theatre Company and Single Asian Female for La Boite Theatre Company and Belvoir St.

Director, Tim Maddock is Senior Lecturer in performance and theatre. He was a founding member of the Red Shed Theatre Company for whom he designed, directed and acted, later directing works for Brink Productions, notably co-directing a nine-hour epic, The Ecstatic Bible with Howard Barker and the Wrestling School for the Adelaide Festival. He has also directed Furious Mattress for Malthouse Theatre, Like a Fishbone for Griffin Theatre Company and Sydney Theatre Company and Daniel Keene’s The Serpent’s Teeth also for STC.

This production has a COVID-Safe plan in place to reduce risk of potential virus transmission.

Patrons are advised that they will not be permitted entry if they are showing signs of flu or cold symptoms.

For more information, contact the School of the Arts, English and Media.