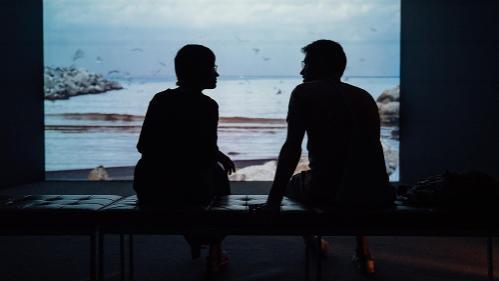 Understanding others through narrative practices

Understanding others through narrative practices

Reflections on the Inaugural Conference of the School of Liberal Arts

We live in a complex world – a world that teems with competing values and visions of the good. To navigate this world without doing harm requires each of us to exercise our capacity for moral judgement with due care and caution. Doing so skilfully depends on achieving an understanding of both of ourselves – our animating motives and reasons – as well as those of others.

The inaugural conference of the School of Liberal Arts, SOLA, held on the 5th of April 2019, aimed to investigate the ways in which narrative practices matter to how we understand ourselves and others. Clarifying how narratives do such work – how they can help or hinder such understanding and what other factors are involved – is vital in our efforts to promote peaceful relations with one another. The workshop sought to explore the following four main themes:

Members of our local community were invited to deliver the two opening sessions of the workshop. Other, purely academic, contributions to conference examined its themes from the perspective of philosophy, drawing on philosophy of mind and cognition; philosophy of psychology, philosophy of action, epistemology and ethics.

I am grateful to my colleagues, Ines Hipolito and Glenda Satne, and our external speaker, Constantine Sandis for delivering such brilliantly pitched and wonderfully insightful talks. All the lectures were recorded and will be made available to all on the School’s website in due course.

Engage with notions of peace, social identity, religion, culture and how they impact our understanding of others in this free liberal arts workshop. Philosophers, researchers and community icons come together to put forward their ideas on 5 April and would like you to join the discussion.

Born and schooled in New York, I finished my undergraduate degree as a study abroad student in St Andrews, Scotland where my maternal roots lie. I returned to New York to teach fourth grade in the Bronx for a year in order to fund my MPhil in Logic and Metaphysics. After that I carried on my doctoral work in York, England. I lived in England with my wife and three lads for over 20 years. Australia is our new home.

My research is a sustained attempt to understand human nature in a way which respects natural science but which nevertheless rejects the impersonal metaphysics of much contemporary naturalism. In my most recent work I have developed a basic non-representational account of intentionality and phenomenal experience and proposals about what lies at the roots of our everyday social understanding. Reaching beyond philosophy, I am regularly invited to speak at conferences and expert meetings of anthropologists, psychiatrists, therapists, clinicians, educationalists, narratologists, neuroscientists and psychologists.

I came to Wollongong in 2015 as a VC Fellow after being a Marie Curie Experienced Researcher at the Center for Subjectivity Research at the University of Copenhagen. I specialize in Philosophy of Mind, Social Ontology and Philosophy of Language. I am currently engaged in several collaborative international projects on Collective Intentionality, the Second-Person and the role played by culture in human evolution.

My current research focuses on questions concerning the evolution of human-specific cognitive capacities within a naturalistic framework. My main hypothesis is that culture plays a key role in explaining such evolution and that it provides the key to understanding how complex cognitive capacities emerged. An associated hypothesis is that several forms of sociality and joint action are possible without entertaining mental representations of the mental states of partners in interaction. Classifying and distinguishing different forms of collective engagement and social interaction along several dimensions of complexity is a central task of this project

3.00pm: How culture changes what we see. Ines Hipolito, University of Wollongong

Inês Hipólito is graduated in Philosophy (BA, 2010; M.A., 2012), and Cognitive Science (PG, 2015).Currently, she is a PhD candidate, at the University of Wollongong (Australia). Her work focuses on the interfaces between perception and cognition. More specifically, Inês investigates modularity views of mind in optimisation schemes of predictive processing and active inference. She has been honoured over 15 awards and scholarships, is author of a few papers, and co-edited a couple special issues. She is a founding member of the Lisbon Mind and Reasoning Group (Nova University of Lisbon). She is also an elected member of the Women in Philosophy Committee, and the Diversity Committee of the Australasian Association of Philosophy.

4.30pm: How to understand others (without going mad). Constantine Sandis, University of Hertfordshire

Constantine Sandis is Professor of Philosophy at the University of Hertfordshire, Fellow of the Royal Society of Arts, and Secretary of the British Wittgenstein Society. He is also an academic collaborator at Microsoft Research (Cambridge) and CRÉ, Université de Montréal. Professor Sandis is the author of The Things We Do and Why We Do Them (2012) and Character and Causation: Hume’s Philosophy of Action (2019), as well as the editor or co-editor of ten books, including A Companion to the Philosophy of Action (2010) and Cultural Heritage Ethics (2015). He is currently writing a book on Understanding Oneself and Others for Yale University Press.

This is a free event. Everyone is welcome.